The stories behind the products in 10 industries 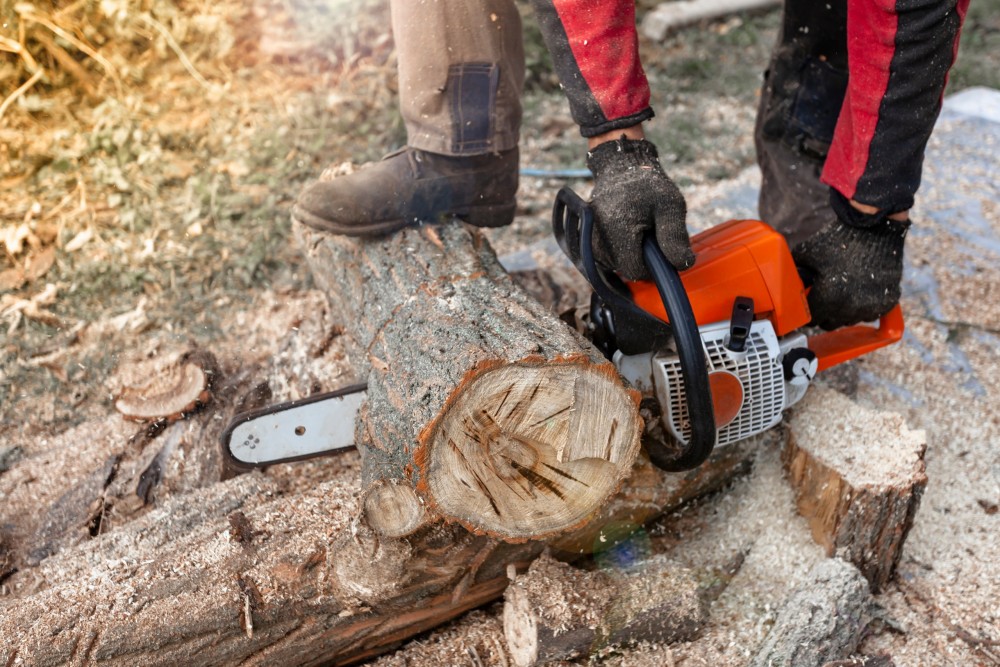 Since the last Made in Colorado issue of ColoradoBiz rolled off the presses in March of 2020, the manufacturing sector has been in the spotlight.

First, it was about pivots to masks and other personal protective equipment (PPE) in the face of shortages. Next, we got a lesson on vaccine development and manufacturing, courtesy of the nightly news. The current chapter is all about massive disruptions in the global supply chain.

Together, these stories have put manufacturing front and center instead of its usual position, relegated to the background. It’s easy to ignore where something is made when it’s in plentiful supply. People only start asking questions when it isn’t.

For the tenth edition of Made in Colorado, we’re profiling 10 companies that demonstrate the art and science of making it in the state.

Read on to learn more about these Colorado makers and manufacturers:

Plus, check out the winners and finalists from ColoradoBiz magazine’s annual Made in Colorado: 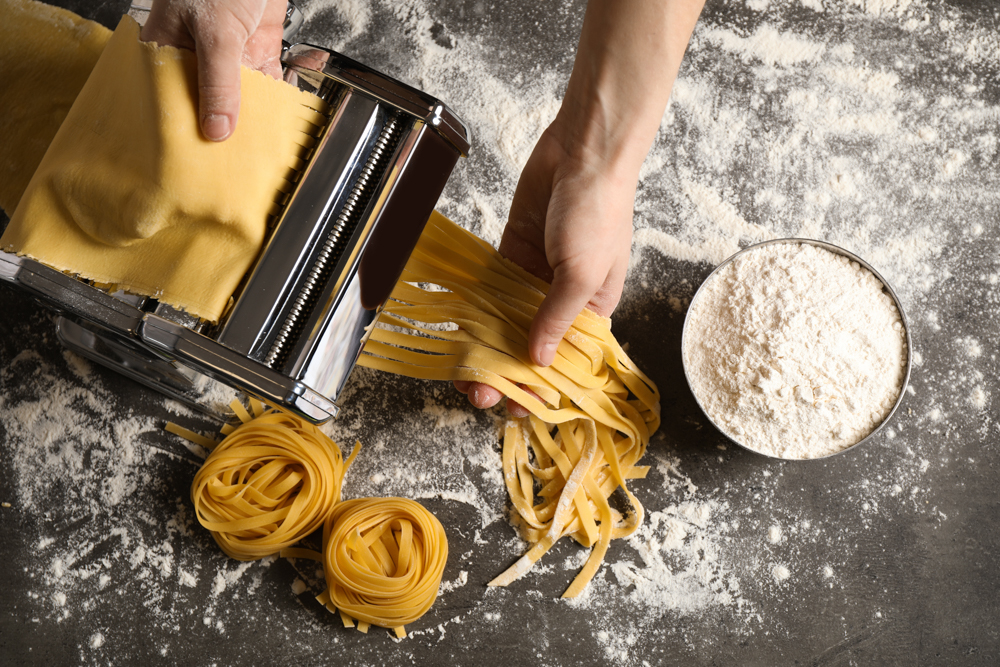 Married co-founders Claudia Bouvier and Ted Steen moved to Boulder in 2012 for a lifestyle change.

A few years later, Bouvier embarked on a master’s degree in engineering at CU Boulder. She ended up getting involved with the school’s Catalyze CU incubator with her business plan for manufacturing whole-grain artisan pasta from freshly milled flour in 2017.

It was a perfect fit: Bouvier grew up in a culinary-oriented family in Brazil — and later took a professional-pasta making course in New York — and Steen founded a brewery in Connecticut before the couple relocated to Colorado. “This idea of food and pasta-making has been with me forever,” Bouvier says.

“Our focus is really on heirloom and ancient wheats,” Bouvier says. “In all honesty, it’s just going back to the way pasta was done. generations ago. It’s not that we’re reinventing the wheel, but on both coasts, there’s not this category on the shelves.”

That’s largely because the grains aren’t in the fields, she adds. “During the grain revolution, our wheat crops have been over-hybridized, because the focus was on feeding as many people as we could,” Bouvier says. “Along the way, we ended up losing the flavor and the nutrition, and those are the main characteristics you see in our pastas.”

Pastificio Boulder launched at the Boulder Farmers Market before going into Whole Foods in the region and about 100 independent grocers across the country since 2020. “It turns out Boulder is a pretty amazing place to be in the natural foods industry,” Bouvier says. 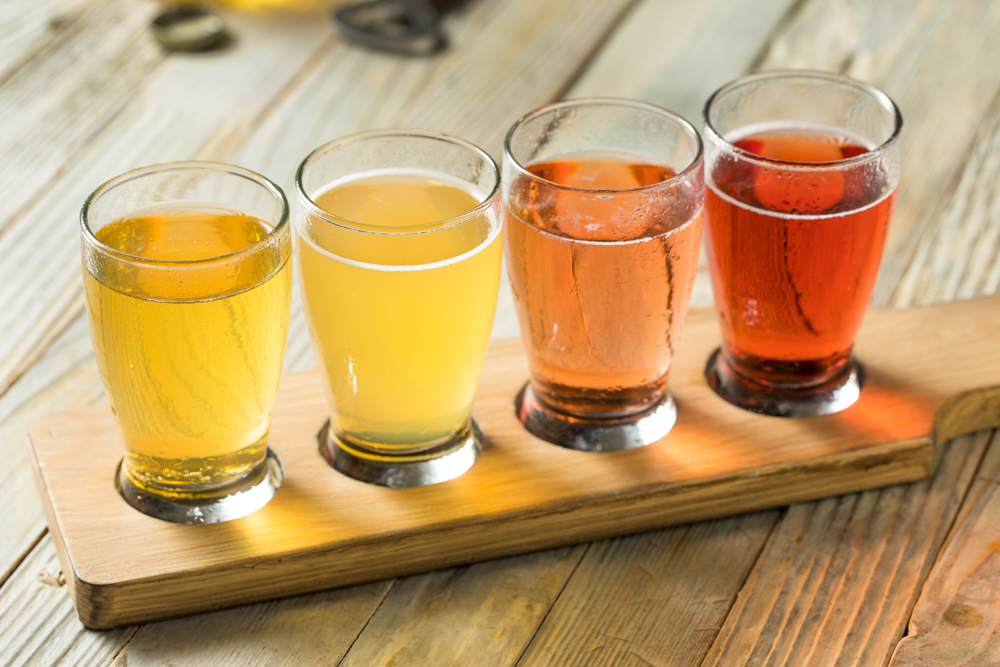 Founded by Eric Foster and Phil Kao in Lafayette in 2013 and expanding with a taproom in Denver’s RiNo Art District in 2014, the fast-growing craft cidery has pushed the envelope with creative products and clever business moves.

Barry and Debbie Young came to Colorado to retire, then started distilling a wide variety of craft spirits in 2018. It’s a family affair: Barry and Debbie’s son, Michael, runs the restaurant, and daughter, Jenna, is the general manager.

The last year has been notably hectic at Solid Power.

First, the company — launched by CEO Doug Campbell in 2012 to make safer, better and cheaper solid-state batteries for electric vehicles — closed on a $130 million Series B fundraising round in May led by Ford and BMW.

Then in June, Solid Power announced a plan for a $1.2 billion IPO through a merger with a special purpose acquisition company (SPAC).

After recently surpassing 100 employees, the company is also planning to open a new electrolyte manufacturing facility in Thornton by mid-2022 and working with South Korea’s SK Innovation to produce battery cells at its factories.

McKenna says that batteries made in Louisville will start going through qualification with automakers in 2022. “That’s a multi-year process,” he notes. “We’re envisioning electric vehicles powered by our batteries in 2026, so 2022 kicks off that four-year process.”

The Thornton and Louisville facilities will support qualification and full commercialization. “Electrolyte production is our business model long-term,” McKenna says. “We envision keeping cell production to a degree. We’ll still have our production line in Louisville, but it doesn’t have the quantity required for electric vehicles. The Thornton-based facility is producing electrolytes that will feed into the manufacturing in Louisville,  so we certainly needed to keep production close by, and the offices are only 15 minutes apart.”

The startup is converting shipping containers into farms for mushrooms, greens and other crops. A sustainable alternative to traditional centralized agriculture, FarmBox’s watering systems use 90% less water than traditional farms. 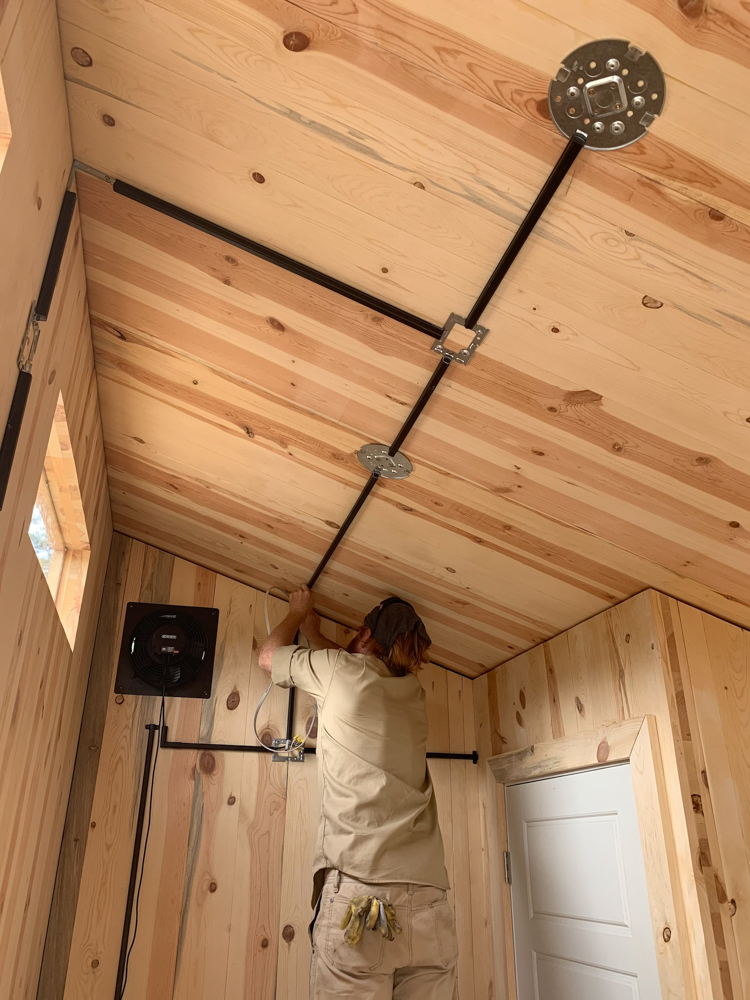 Ponderosa pine hasn’t traditionally been utilized as structural wood, but co-founders Kyle Hanson and Andy Hawk are blazing a trail making cross-laminated timber (CLT) panels. The company’s modular manufacturing model is both scalable and good for the forest. 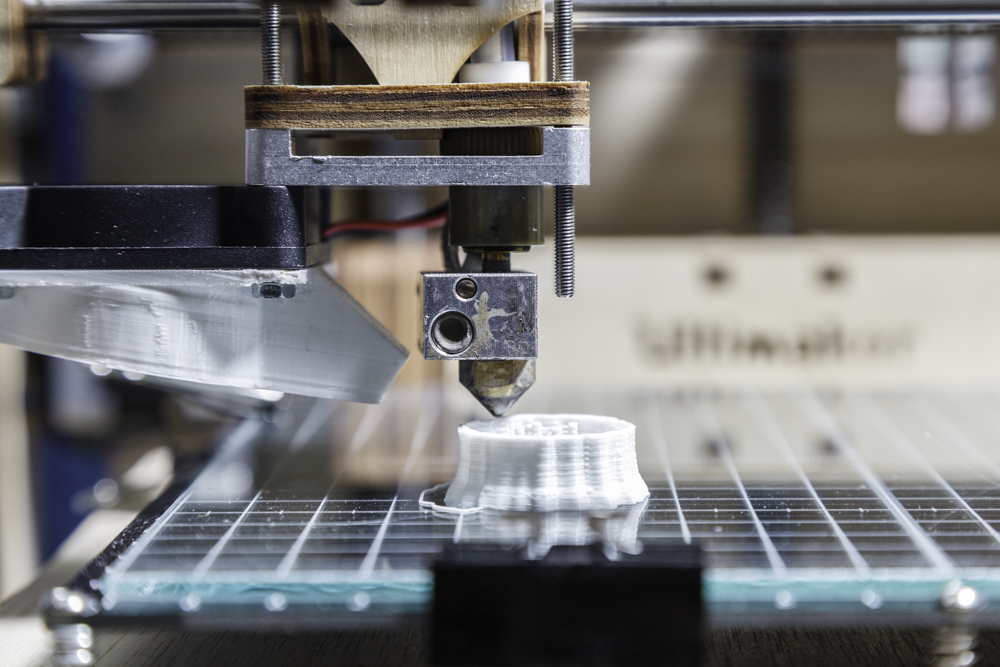 Additive manufacturing — or 3D printing — is moving from prototyping production for many industries.

And few companies in the space are innovating like Titan Robotics. “Innovation is one of our core values. It’s been in our DNA since the beginning, when the company started in 2014,” CEO Rahul Kasat says. “Titan customers are now making 10,000-plus 3D-printed parts for end-use applications.”

The manufacturer of large-format 3D printers has pushed the envelope by adding CNC machining capabilities to one of its new models that’s in high demand at aerospace manufacturers as well as foundries.

Beyond hardware, Titan Robotics is also innovating with materials and software. “With Titan Robotics, we can print with hundreds of different materials, so we continue to launch new materials for specific end-use applications in the market,” Kasat says.

To help improve processes, Titan Robotics is currently developing quality-monitoring software. “It’s essentially making Titan printers smarter,” Kasat says. “If we notice there’s an issue during the print, we can temporarily stop it, fix it, and then we can restart it.’

Now with 35 employees on the payroll, Titan Robotics is “growing dramatically every year,” Kasat says. “We have aggressive plans for 2022 and expect to get to 50 to 60 employees by the end of the year.”

Look for new Titan Robotics products early in the year. “Stay tuned,” Kasat says. “We’re at the forefront of what people are calling Additive Manufacturing 2.0, moving it from prototyping into end-use production parts.”

Since she founded the manufacturer of 3D-printed splints and casts in 2014, President and CEO Diana Hall has guided ActivArmor’s increasing traction with health-care providers. The company’s catalog has likewise expanded to include a new walking boot launched in September 2021.

With a background that spans furniture-making and treehouse building, David Rasmussen started his eponymous line of kitchen accessories and barware to fill out the excess woodworking capacity at his architectural millwork shop in Carbondale.

The company’s catalog of wooden wine and cocktail glasses and platters, trays and cheese boards offer minimalist design with splashes of color and innovative features. Case in point: The Chroma Mingler is a plate for hors d’oeuvres with a slot to hold your wine glass.

“The design is driven by striving for a balance between functionality and aesthetic, and creating pieces that are meant to be heirloomed,” Rasmussen says. “We’re creating work that people care about enough to take care of and create future heirlooms.”

As of late 2021, Rasmussen is moving 20 miles northwest to an 18,000-square-foot shop the company purchased in New Castle, Colorado — nearly double the size of the original facility in Carbondale — to accommodate sky-high demand. “We’ve become one of the leading providers of architectural millwork in Aspen,” Rasmussen says. 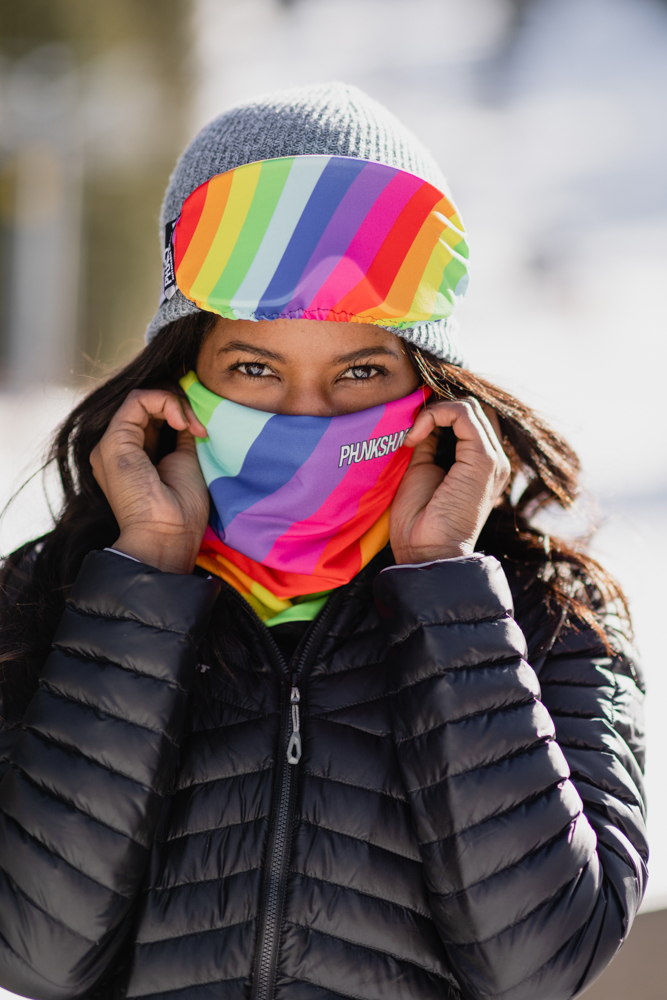 Boosted by an investment in high-capacity laser cutters, the manufacturer of neck gaiters deftly pivoted to facemasks during the pandemic and is now expanding into cycling apparel and leggings in 2022. 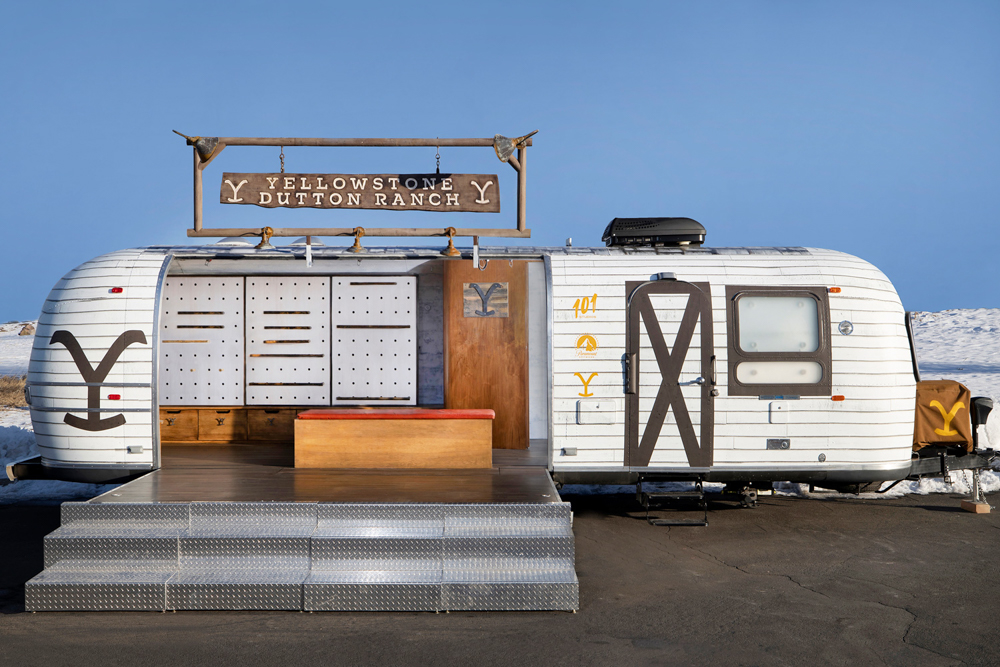 The largest, most experienced upfitter of Airstream Trailers in the country, Timeless Travel Trailers makes works of movable art for a wide range of customers, including brands like Colorado Native, Bonobos, and Deep Eddy Vodka.

One of the largest manufacturers in Colorado, Ball Corp. takes home the 2021 award for the most ethical. It goes back to two big bullet points on sustainability and inclusivity.

“Aluminum is the model for circularity in a perfect system,” says Ball spokesperson Hli Yang. “It’s infinitely recyclable, doesn’t lose value when recycled and is easily processed and sorted. However, there isn’t a perfect global system and we know as an industry, we can do better to improve recycling rates, increase recycled content, support policies and infrastructure that maximize recycling yields, and design for circularity.”

Ball is pushing for a 90% global recycling rate for aluminum beverage cans, bottles and cups by 2030. “Last month, we announced plans to create Brazil’s first circular economy lab in Fernando de Noronha,” Yang says. “Named the VADELATA for the Planet Lab, the project will create a model circular economy within the island by centralizing the collection and recycling of aluminum cans.”

Ball is also striving to increase the representation of underrepresented groups in the company’s workforce. “We have a strong, intentional focus on creating a culture that embraces inclusion and diversity,” Yang says. “No matter your background, thoughts and talents, it’s important that employees feel included and welcomed for their
unique contributions.” 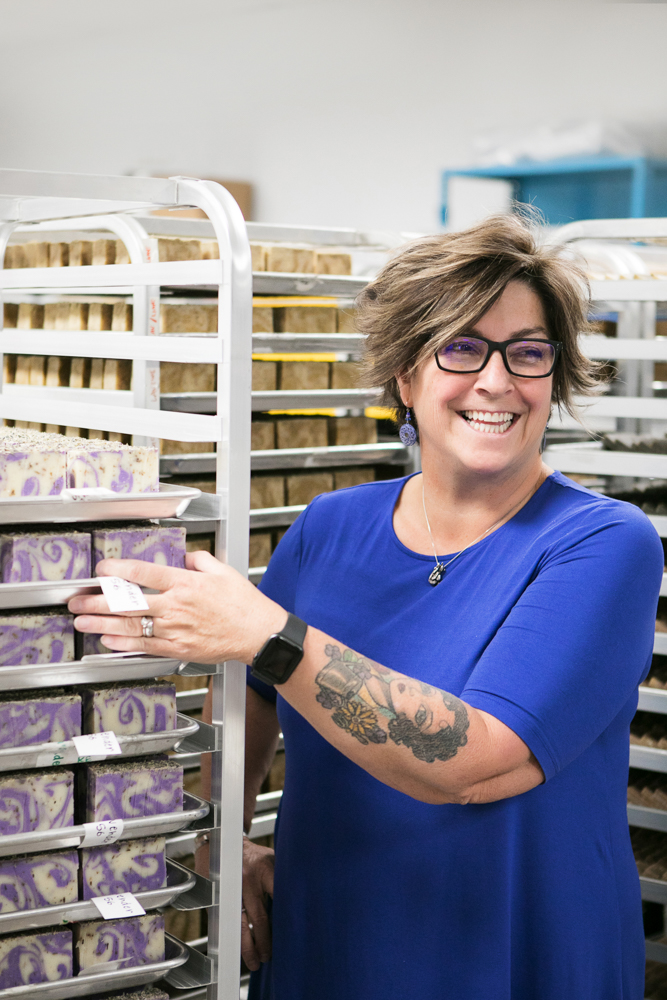 Aghast with the chemicals in mass-market soaps and skincare, CEO Kelly Perkins took it upon herself to start a line with natural, fair-trade ingredients. The company’s values shine in its sourcing as well as wind-powered production, recyclable packaging and otherwise embracing sustainability as something much bigger than a buzzword. 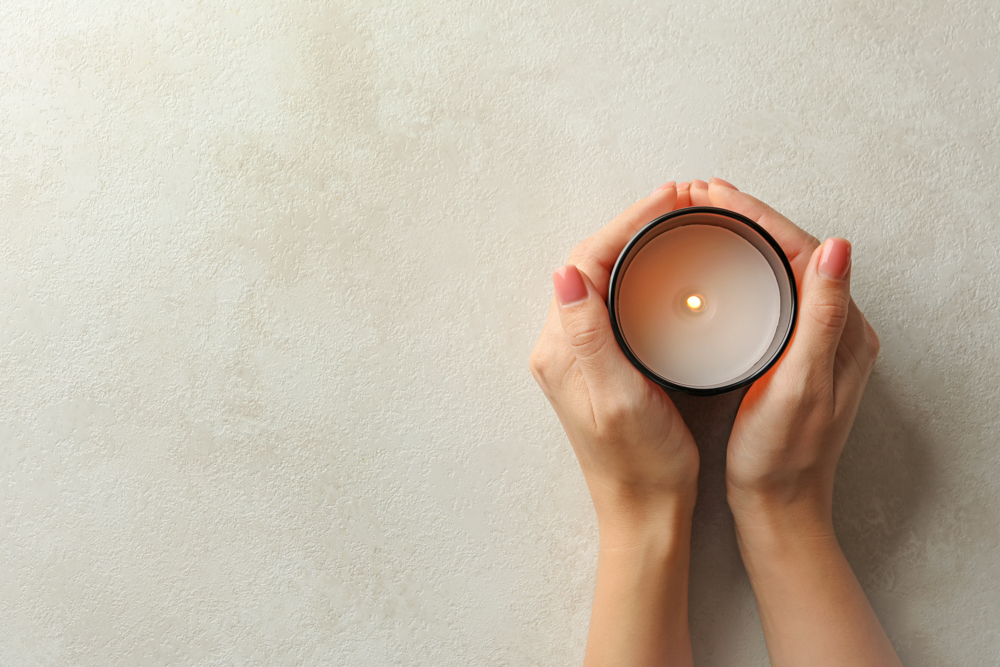 Born from a college project in 2006, the company upcycles wine bottles that might otherwise be doomed to a landfill into stylish glassware, canisters and candles. Wine Punts has also offered many employees a second chance by hiring people experiencing
homelessness