A Denver entrepreneur wants to level the playing field for physicians

A late-Friday afternoon trip to the Human Resources department is never a welcoming invitation, so when Ethan Nkana, a strategy leader for a regional health system, received the call, he knew it wouldn’t be for good news.

Sure enough, his worst professional fear was coming to reality: in six days, his entire department would be shuttered, leaving Ethan unemployed for the first time in his career.

The news couldn’t have come at a worse time: the moving trucks had been booked, traveling over one hour to move his significant other, Liz, to Denver where they would move into a new home together.

“I was devastated,” he recalled in an interview on an episode of The Bourne Connect. “You see layoffs happen and it always happens to somebody else. Over the course of the first decade of my career I had seen many layoffs, but for some reason you always think it only happens to other people.”

Ethan became engrossed in a state of depression, denial, and doubt. He felt worthless. He characterizes the unexpected layoff as the low point of his career.

“So much of my identity and, frankly, my ego, was wrapped up in my job title and salary and, at the time, I had no idea who I was without my job title.”

Ethan knew he couldn’t allow this unfortunate circumstance to define him; he had to bounce back. Shortly after his layoff, Ethan stumbled upon a local magazine whose cover was adorned with the names and faces of doctors who had made the list of the state’s “Top Doctors,” as nominated and voted by physicians across the state.

As he flipped through the pages, he thought: “Do these physicians know how much money they should be paid? Who advocates for physicians when it comes to negotiating their deals?”

Ethan conducted initial research, calling a handful of physicians, and quickly realized that there was no true advocate for physicians negotiating their salaries and contracts; he set out to create a solution. Ethan began to lay the foundation for a new venture: Rocky Mountain Physician Agency (RMPA).

Physicians, like professional athletes, spend the overwhelming majority of their lives dedicated to training and developing the skills of their craft. With almost zero exceptions, when professional athletes “go pro,” they hire an agent whose primary job is to negotiate deals to get the athlete the most compensation on the best team for the player’s skills and professional goals.

The mission of the RMPA is the same: to advocate for physicians to get the maximum value in their contracts. RMPA serves physicians in the same way a professional athlete is represented by a sports management agency. Ethan built RMPA to provide the highest level of expertise in advocacy and negotiation for physicians who have employment and/or service agreements with hospitals and health systems.

“Physicians receive no training or education on the business side of being a doctor, so everything we ‘know’ about our salaries and contracts is self-taught or comes from talking with our colleagues,” says Mark McKenzie, M.D, Internal Medicine.

RMPA is designed exclusively to advocate for physicians to get the most compensation on the team(s) – hospitals and health systems – that best align with their professional priorities and personal interests. The agency leverages the nearly 15 years that Ethan spent working alongside hospital CEOs and CFOs crafting joint ventures with physicians and analyzing physician compensation and contracts.

“There is a major disparity of data and information when physicians negotiate contracts with hospitals and health systems and this disparity disproportionately disadvantages physicians,” Ethan advises. “The end result is physicians leaving money on the table, often accompanied by frustration and discouragement during the negotiation process. RMPA exists to even the playing field for physicians.”

Taking inventory of his background and education, Ethan realized that his skills, training, and expertise could be optimized by advocating for physicians who are negotiating contracts with hospitals and health systems. RMPA is founded on the mission of “Physicians First. Always.”

As a physician agency, RMPA takes the lead to help physicians get the value they deserve in their employment and service contracts with hospitals and health systems, while advancing the physician’s professional and personal goals.

One year ago, Ethan would not have dreamed that he’d own a business today. His termination, at the time, appeared insurmountable. Through grit and perseverance, he was determined to turn tragedy into triumph. His inspiration comes from watching his mother, an anesthesiologist, be expected to be an expert at everything in life: full-time mom, physician, active in the community, and on top of all that, she was expected to also be savvy at physician compensation and contract negotiation.

Physicians are often seen as superheroes, which is amplified by how physicians have shown up during the COVID-19 pandemic. RMPA exists because even superheroes need a little help every now and then. 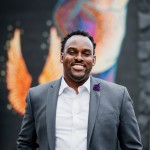 Ethan Nkana has spent nearly 15 years in the health care field. He has earned a doctorate degree in law from the University of Dayton School of Law, where he also earned his master’s degree in business administration. During that time, a significant portion of his legal studies were dedicated to the study of American healthcare law and the infrastructure and impact of the primary governmental health systems, Medicare and Medicaid. RMPA is based in Colorado and serves physicians, and physicians to residents in training, across all 50 states.

To learn more about RMPA’s advocacy for physicians, visit www.RMPA.CO For more about Ethan’s story, listen to his feature on The Bourne Connect inspirational podcast. You can contact Ethan at Ethan@RMPA.CO or by phone at 720.471.0059.