Four projects that triumphed over the wrecking ball 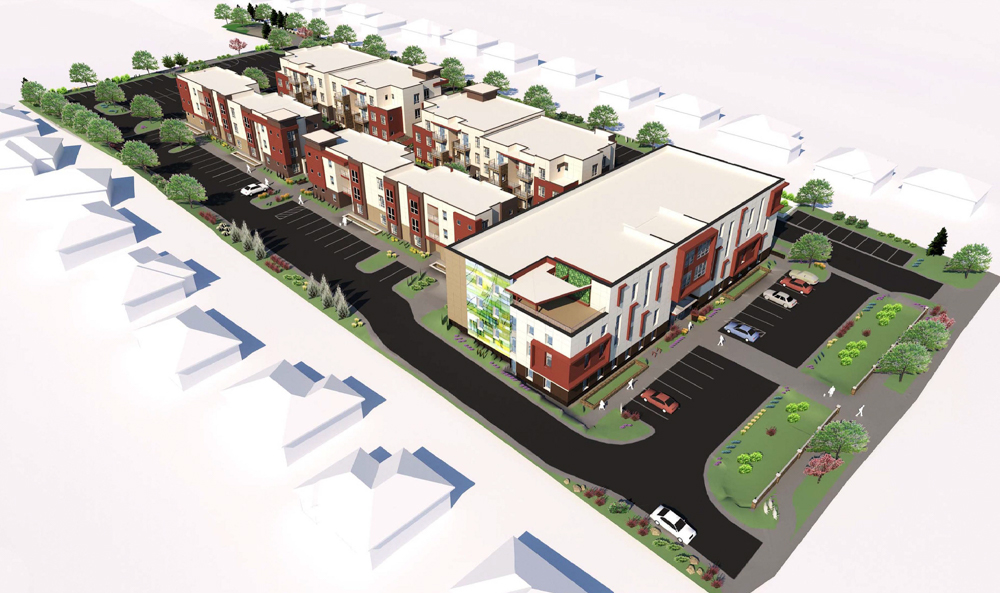 From the Tattered Cover on Colfax Avenue in Denver to the Powerhouse Science Center in Durango, adaptive reuse projects shine all over Colorado.

The recipe is simple: Take one used building and add money, labor and upgrades to give it new life. Demolition is not on the table, nor are the regrets that usually follow the wrecking ball.

The result is a built environment that brings together past, present and future. These four in-progress or recently completed projects transform the old into something new.

In the late 1930s, this camp at the foot of Mount Morrison served as home away from home for about 200 Civilian Conservation Corps (CCC) workers who were building Red Rocks Amphitheatre.

After a stint as a youth camp, the property and its barracks fell into disuse by the 1960s. Denver Mountain Parks utilized the structures for storage and other marginal uses for the next 50 years, give or take.

One of 14 remaining structures, the former officers ’barracks emerged as an ideal office for Denver Mountain Parks, and renovations commenced on the 2,450-square-foot building in August 2020.

Led by Mark Young Construction of Frederick, the $1.2 million project involved moving the barracks to allow for foundation repair, as it was originally intended as a temporary structure bolstered by “Band-Aids throughout the years,” says Leanna De La Torre, an architect with RATIO | HPA in Denver who worked on the project.

The end product features four private offices, coworking space, a break room and an accessible bathroom, along with a “historically accurate aesthetic” marked by the original wood plank floor and exposed trusses, De La Torre says. “It’s just a really neat building. It’s got great character. That’s one of the things we strive for on these projects … to be as historically accurate and sympathetic as possible.”

Construction is slated for completion in early 2021. 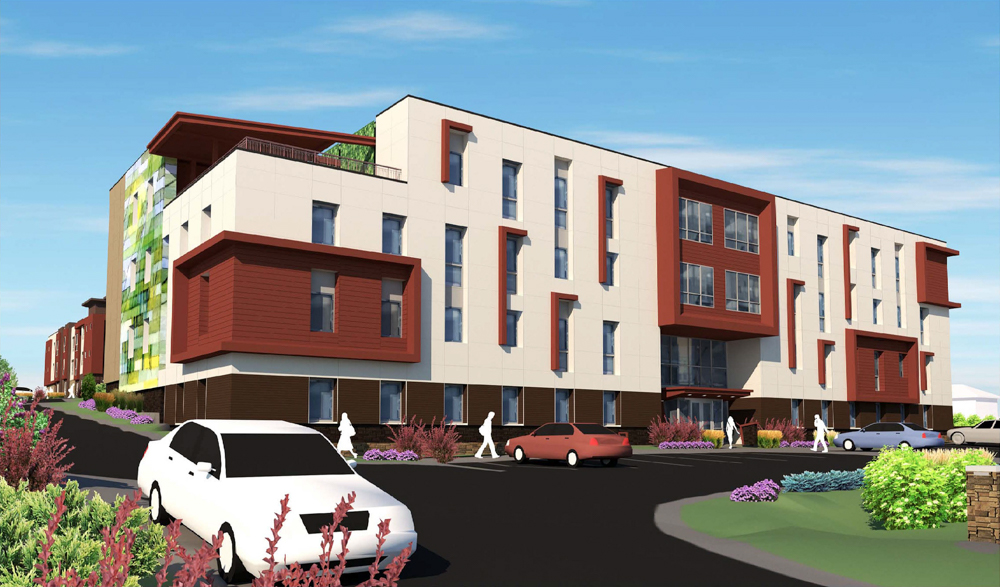 Built as speculative office space in 1982, Adams County acquired the four-story building on five acres on Broadway in 1996 for its children and family-services office. When the office was moved to a new county building in Westminster in 2017, the property, located just east of the I-25/U.S. 36 interchange, became available.

Maiker Housing Partners (formerly the Adams County Housing Authority) saw an opportunity for it to anchor a new affordable housing development and successfully lobbied the county to donate the parcel for that use. The existing 46,000-square-foot structure will house 44 units, and new construction will add 72 units in four new three-story structures on surrounding land that was formerly dominated by surface parking.

Andrew Chapin, senior housing developer with Maiker, says the cost of demolition (an estimated $1 million) outweighed the benefits of starting fresh, in part due to a significant uphill grade. “The building had good bones,” he says. “It made more sense to keep it. It also provided space for indoor amenities – the office, a couple community rooms, a rooftop deck, a fitness room and bike storage.”

Adds Chapin: “We see this as a pilot project. A lot of local municipalities own land and are looking to repurpose it.”

Named for the seed, the Caraway has a $27 million budget. Englewood-based JHL Constructors broke ground on the project in August 2020; it is scheduled for completion in late 2021. 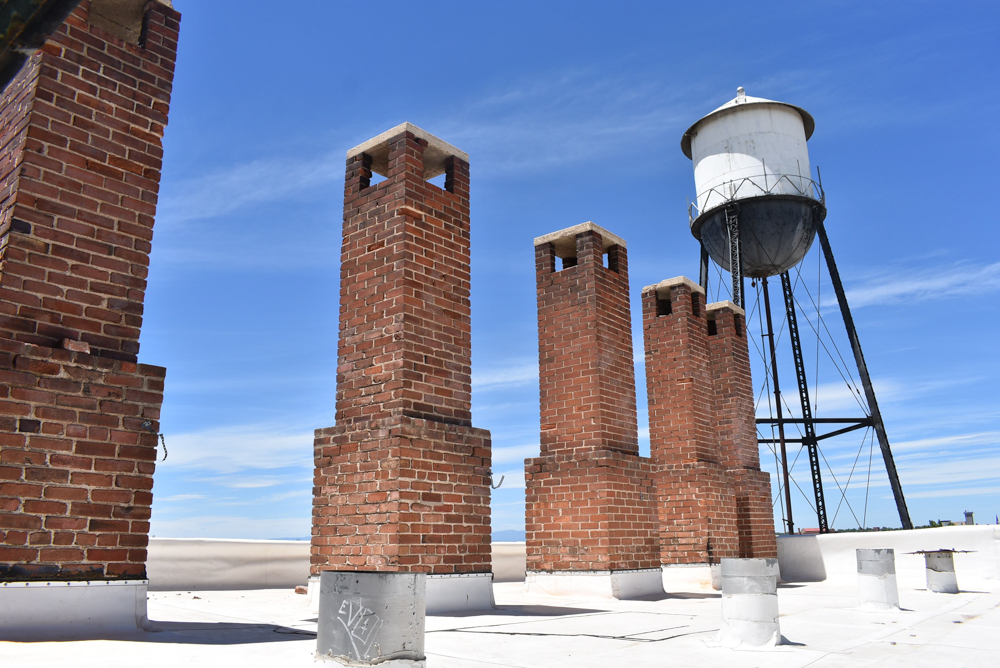 Built in 1916-17 as one of the world’s most innovative meatpacking plants, the hulking 250,000-square-foot factory was neglected for decades before Ryan McWillams bought it in 2015.

It took two years to clean out more than a million pounds of garbage, then McWilliams and Gregory Howell shelved an initial plan for a railroad-oriented facility in favor of a “vertical urban village.”

The location near the Historic Arkansas Riverwalk in central Pueblo matched this better and higher use. It also was a better fit for McWilliams and Howell. “We don’t want to be landlords, we want to foster a real creative community,” says Howell, a creative consultant on the project.

Tenants already occupy the first level, including Johnny’s Metal Shop & Boiler Works, CSU Pueblo, Vapor Source and a cybersecurity firm. But the vision for the future is vast

for apartments, a brewery, art studios and galleries, restaurants, a boutique hotel and manufacturing space on the second and third levels. 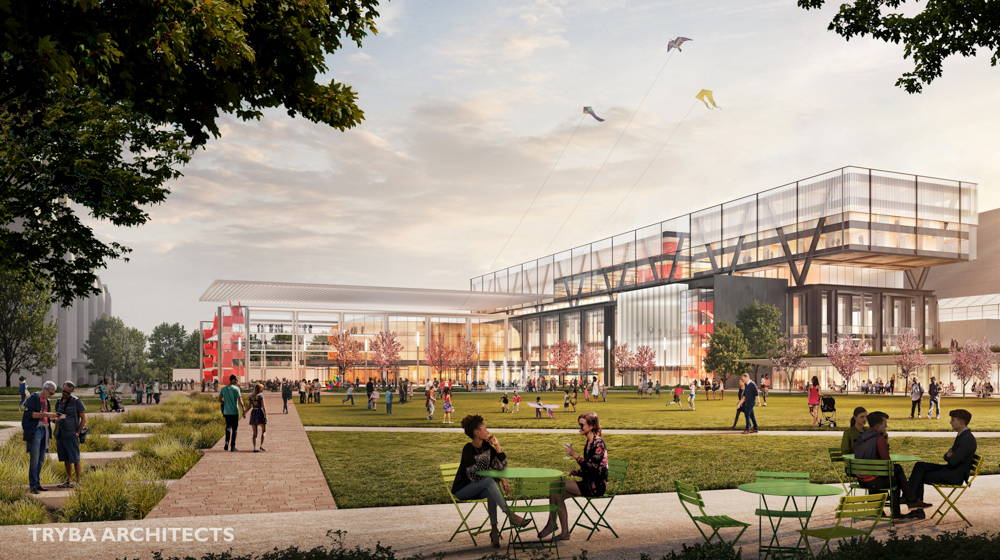 There are few adaptive reuse projects of Fox Park’s scale in the country, let alone Colorado.

Owned by Vita Fox North LP, and developed by Pure Development, the 41-acre campus in the shadows of the I-25/I-70 “Mousetrap” is centered on the hulking 327,00-square-foot building that was the printing plant and distribution center for The Denver Post.

Kathleen Fogler, associate principal at Tryba Architects in Denver, calls the old plant “hyper-engineered,” making it a good fit for a manufacturing tenant. “There are so few of these sites that can actually transform into a compelling workplace,” she says. “This has the opportunity to be the anchor of a 41-acre development and for an entire neighborhood, and create jobs and create an interesting place.”

It’s big enough to support a wide range of other uses: a community center, performance venues, retail and office space, and the possibility of a rooftop terrace.

As many as 3,000 residential units could eventually surround the main structure. Tryba’s plan also includes connecting the site with the existing city street grid and plenty of green space. The first phase of infrastructure and multifamily development, with 440 units, is slated to commence in 2021.

Fogler says the project is heavily informed by diversity and inclusivity. “The Post building is ground zero for showing how we can create a public place where a lot of different people feel welcome,” she notes. “How do we bring the neighborhood together?”