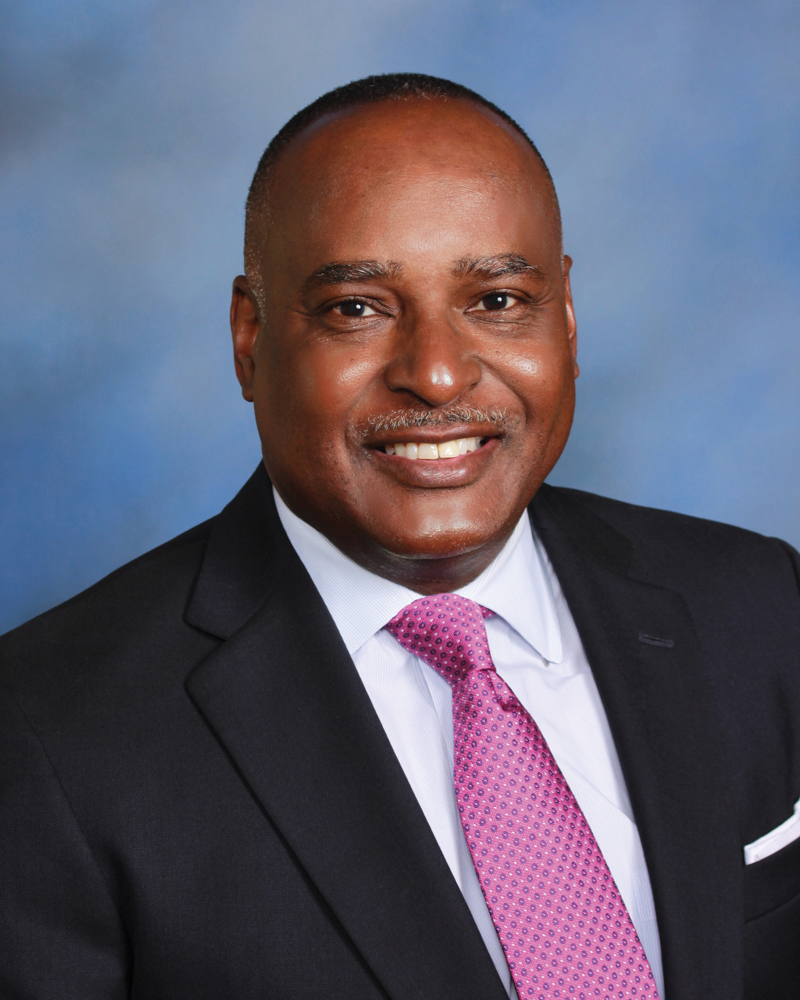 Eric Nesbitt is a real estate attorney as well as a commercial real estate broker and past president of the Denver Metro Commercial Association of Realtors.

His 30-year career – including the past 25 years in Colorado – has been as wide-ranging as those dual professional pursuits would suggest. He is the founder and shareholder in the Law Offices of Eric L. Nesbitt P.C., and the founder and principal of the commercial real estate brokerage firm, The Nesbitt Commercial Group with Keller Williams DTC and KW Commercial.

After graduating with a degree in finance from the University of Illinois, then earning law and MBA degrees from UCLA in 1991, Nesbitt went to work at a law firm in his hometown of Chicago. He might have remained there, but in 1996, a friend from law school, Ron Sally, told Nesbitt about an opening with USA Basketball, based in Colorado Springs. Initially hesitant, Nesbitt ultimately took the job that involved representing the “Dream Team III” in licensing and contract matters for the 1996 Olympic Games. He’s been a Colorado resident ever since.

Following the Olympics in Sydney in 2000, Nesbitt left USA Basketball to join the Fortune 500 real estate and investment firm Jones Lang LaSalle. In 2005 he opened his own commercial real estate brokerage that he continues to lead today.

Nesbitt’s wife, Kathy Nesbitt, also an attorney, is the national chief operating officer of the American Diabetes Association. They have two sons: Marcus, 14; and Ian, 13.

What he’s reading: “Power: Why Some People Have It – And Others Don’t,” by Jeffrey Pfeffer

ColoradoBiz: You’ve mentioned in other interviews the importance of mentors in bolstering the scant number of Blacks in commercial real estate. Who were the mentors that inspired you to pursue a career in law and real estate?

Eric Nesbitt: As a kid on the South Side of Chicago, I would say we were middle class by Black-people standards. My dad had a steady job as a CTA bus driver and my mom was a stay-at-home wife and took care of my sister and me. We went to Catholic schools and lived in a pretty good neighborhood.

We would go on these vacations where we would travel around the country in the car, and I just remember going through the Beverly Hills section of Los Angeles. I was blown away by how affluent it was, just things I had never seen in my life as a 9- or a 10-year-old. I remember thinking, ‘I need to do something that puts me in a position where hopefully I can make that type of money,’ not knowing what that might be. I talked to my dad about it, and he said, maybe a doctor or a lawyer. I would watch ‘60 Minutes’ with my dad on Sundays, and inevitably there was always a story focusing on a lawyer, or a lawyer being interviewed, and doing really well and so on. So that really piqued my interest as a fourth- or fifth-grader. I was shy at the time; I had a fear of speaking in public that I really didn’t get over until I was maybe in my first or second year of law school. But if my grammar-school teachers were around today, they would tell you: ‘Eric always wanted to be a lawyer.’ It kind of started with seeing how the wealthy folks live. And interestingly, I went to law school out there (UCLA), in that same community that kind of spurred my interest in being a lawyer.

CB: What prompted you to open your own commercial real estate brokerage in 2005?

EN: I always had an entrepreneurial kind of spirit, and a lot of that stems from not really thinking I was going to get a fair shot in corporate America as a Black guy. There are individuals, like my wife, for instance, who can navigate that world pretty well. I did well my first couple years out of law school at the law firm I went to – the first Black attorney they’d hired. But I always had a sense that I would learn the law, and if I needed to fall back on it to open up my own company, I would do that. I got great training from both my law firm experience and from Jones Lang LaSalle on the commercial real estate brokerage side.

Even white folks have to deal with politics, so it’s probably doubly so with people who look like me. So I bet on myself. I like the versatility that a law degree and the law experience brings, and I like to be my own man. It’s a lot of work. People who aren’t in it don’t really appreciate how hard it is and how stressful, and worrying about the ups and downs of cash flow, which fortunately I’m over that a bit now. It’s been challenging. But I would have it no other way.

CB: How has your commercial real estate practice evolved since you started?

EN: I started with a niche toward providing brokerage services to small businesses and doing government work, and it evolved into doing more small businesses, which grew to larger businesses. And I decided in 2007 or 2008 to align myself with Keller Williams, the residential firm in the DTC. That has been a great source of referrals for me. I’m a commercial director in that office, and a lot of the residential agents who get commercial leads send them to me. I’m able to handle their clients and do a good job. That’s been a great system for me.

CB:  Elaborate on what brought you, a Chicago native, to Colorado.

EN: A buddy of mine from UCLA, Ron Sally, who is here in Colorado now, called me and said, ‘Eric, there’s a general counsel position open with USA Basketball in Colorado Springs. You should look at it.’

I had come out here on three or four previous occasions; there’s a Black Ski Summit they have in the mountains. It goes around to different ski resorts, but generally it’s in Colorado. So I had been out here and thought it was beautiful but never really thought about living out here. And I had a pretty good career in Chicago at the law firm. But Ron sent me the job positing. It was in sports, and I’d always been a big sports fan. I decided to throw my hat in the ring. I interviewed in ’96 right before the Atlanta Games. My boss, who interviewed me, was telling me, ‘Yeah, you’ll be traveling to the Atlanta Olympic Games with the Dream Team (III) guys; you’ll handle all the licensing and contract deals for the team and for the organization.’ It was too good an opportunity to pass up. So I went from defending slip-and-fall cases and other real estate cases to six months later playing poker on private charter jets with Hakeem Olajuwon and Charles Barkley and Grant Hill. It really shaped my life, just the travel abroad, traveling the world. It opened my eyes up to different cultures and really lit a fire and sparked an interest in international travel, which I continue to do today with the family. So that was a great experience. It really shaped me as a person and as a professional. I did that for five years and then joined Jones Lang  LaSalle. That’s where I learned how to do commercial transactions and tenant representation deals, representing companies like Sprint and EDS and Oracle. So I did a lot of big deals for those guys.

CB:  What do you find most fulfilling about your work?

EN: I often get asked what do I like most – the legal side or the brokerage side? I have a national cinema client I represent, and any time we get close to putting terms together on a deal or there’s a new theater they want to pursue, an excitement just comes over me. So I think I really have a passion for the deal; the larger the deal, the better. I do like being a lawyer; I like all that it’s afforded me, and I like the practice. Unlike a lot of lawyers who think it’s stressful and too many hours – there’s all of that, but I work for myself and I’m able to kind of regulate the business I take in. I think the law-firm side brings in the steady income that keeps the lights on, and then I hit doubles, triples and home runs on the brokerage side.

CB: What’s next for you?

EN: There’s so few African American brokers in town and around the country, so I look at myself as kind of a pioneer in that sense. Recently I started having those same feelings about development. I see development deals from afar, I’ve been counsel and the attorney on some of those deals, but I had a calling about two years ago to start looking at these type of deals, and given that there’s so few developers that look like me in this town and all the development going on, I thought, ‘Let me see what I can do,’ and I teamed up with one of my great clients, the Urban Land Conservancy. We are partnering on a 60-unit affordable-housing project in Commerce City near the rail station that we hope to break ground on next year. I think that brings it full circle, my career, after practicing law and real estate and doing brokerage work. The apex of all that is taking all those skills and being able to do a development project: Do good things for the community, given our need for affordable housing, and leave a legacy for my two sons if they want to follow my lead and don’t want to enter corporate America and would like to come work with Dad – after they get a little bit of experience in corporate America.