Breaking the Bias: 3 Harsh Realities of Gender Bias in Healthcare

During Women’s History Month and every day, we must challenge the way gender is perceived in healthcare.

Here’s the reality: gender and power significantly influences healthcare. It shouldn’t, and my hope is that we continue to build a future where all that matters in healthcare is what you need.

Before I continue, I want to be clear that when I say “woman” or “women” in this article, I’m referring to any and everyone who identifies as a woman. Medical research and data have long ignored the realities of trans and nonbinary people, typically only providing information for those who were assigned female at birth (AFAB), and that’s a part of breaking the bias, too.

Gender bias is a result of sexism, and it leads to outcomes that negatively affect the medical diagnosis and quality of healthcare women receive, leading to substantial delays in diagnosis, misdiagnosis, and even death. There are global inequalities in women’s healthcare and, despite the best intentions and hard work of many people, widespread gender bias still exists and causes more and more harm.

Gender bias is a preference often based on false beliefs or generalizations.

We have been celebrating Women’s History Month in March, and upon celebrating the theme of International Women’s Day (March 8, 2022) I choose to #BreaktheBias, and challenge the way gender is perceived in healthcare to ensure that anyone who needs access can do so without experiencing prejudice. Here are three effects of gender bias we can’t continue to overlook:

1. Invisibility in Research and Treatment

Gender bias is a preference often based on false beliefs or generalizations. Being a woman, for example, puts you at higher risk of some of the most challenging conditions. And more often than not, you’ll have to be your biggest advocate to find treatment and support.

In her book, Doing Harm: The Truth About How Bad Medicine and Lazy Science Leave Women Dismissed, Misdiagnosed, and Sick (2018), author Maya Dusenbery suggests that many conditions that impact women are under-researched and often go undiagnosed and untreated. To highlight the bigger picture, she brought together scientific and sociological research, interviews with doctors and researchers, plus personal stories from women across the country to provide a comprehensive look at how sexism in medicine harms women today.

And she’s not wrong. A United Nations global report found that close to 90 percent of all people have some form of gender bias against women. In fact, one in five women say a healthcare provider ignored or dismissed their symptoms.

The main consequence of gender bias is that women receive worse care than they deserve, which increases their health inequity.

Gender stereotypes can impact how a doctor treats illnesses and approaches their patients. This article reinforces the notion that doctors often consider men with chronic pain as brave or stoic, but consider women with chronic pain as being emotional or hysterical. The article also cites research that indicates that doctors are more likely to treat women’s pain as a product of a mental health condition, rather than a physical condition.

In another survey of physicians and dentists, respondents overwhelmingly shared the belief that women exaggerate their pain — and 40 percent of those respondents were women. That means gender bias exists within women, too.

The main consequence of gender bias is that women receive worse care than they deserve, which increases their health inequity. Less inclusive medical research leads to significant gaps in knowledge, causing many doctors to understand less about women’s and trans health than male health. Plus, when doctors don’t take women’s symptoms seriously, it leads to delayed or incorrect diagnoses and improper treatment.

If we break the bias, we can help women lead longer, healthier lives. 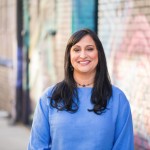 Dr. Savita Ginde is an advocate and thought leader for reproductive health and served as Chief Medical Officer of Planned Parenthood of the Rocky Mountains for over 13 years. And, until very recently, she served as the Chief Healthcare Officer for STRIDE Community Health Center where she oversaw all of STRIDE’s healthcare services and led their COVID-19 vaccination efforts.