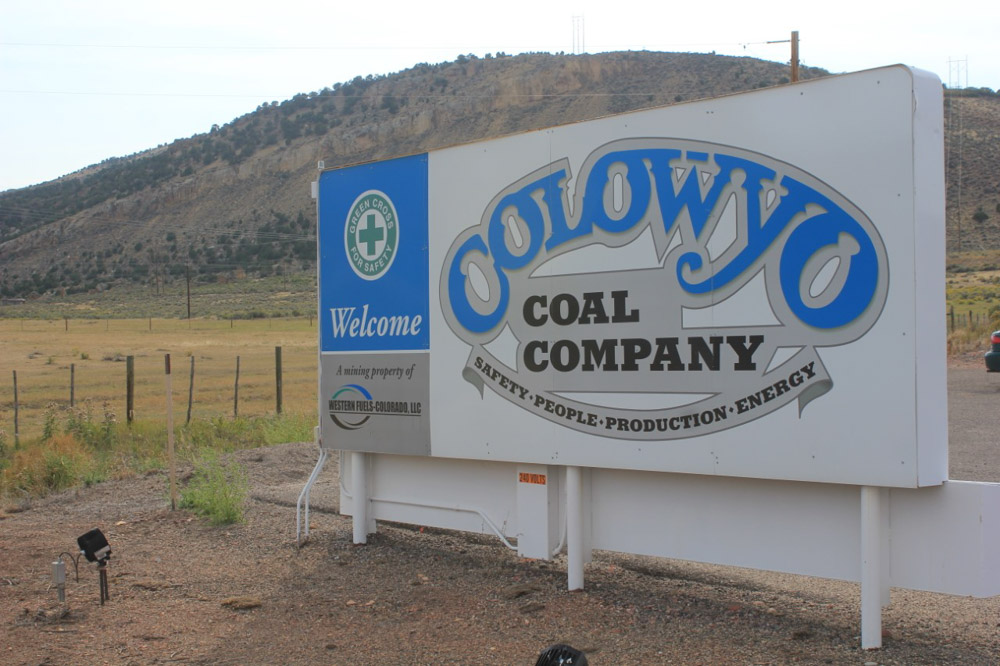 The ColoWyo Mine, located between Meeker and Craig, delivers coal that is burned at the Craig Generating Station, which is scheduled to close by 2030.

Coal extraction in Colorado has skidded downhill rapidly, from 32 million metric tons in 2008 to 13.63 million last year. Most coal was mined for electrical generation, about half of it out of state. In the next decade, production will assuredly decline far more as coal-burning plants close in Colorado, including the three units operated by Tri-State Generation and Transmission in Craig. Coal, once the low-cost source of electricity, has been losing to lower-cost renewables and natural gas.

Must the coal-mining jobs in northwestern Colorado end, too? There’s hope, if faint, that new uses can be found for coal. As the Just Transition Advisory Committee created by the Colorado Legislature in 2019 took testimony in Craig and Hayden during March, members heard about the idea of carbon fiber.

It might be a way to make use of a natural resource along with some better-paying jobs, says Bonnie Peterson, who directs the Associated Governments of Northwest Colorado. The association in September 2019 secured a $200,000 matching federal grant with the intent to develop new ways to market coal. Colorado chipped in $100,000 on the Colorado-Utah project.

What are the prospects for new uses of coal? Dr. Eric Eddings, a professor of chemical engineering at the University of Utah, paints a picture of great possibilities. “It all depends upon money and manpower,” he says. Eddings describes the need for careful, patient development of the engineering processes to create carbon fiber from coal. That takes researchers, and the more researchers, the more rapidly this can be done. Only then can the laboratory work be applied to a demonstration, to show it can be done at scale. “Where technology has typically failed is when they have gone directly from the laboratory bench to building full-scale plants without doing the intermediate engineering to development, to work out the kinks.”

Carbon fiber, strong and light, has been around since the 1970s. Amory Lovins, the founder of the Basalt-based Rocky Mountain Institute, has been extolling the virtues of carbon fiber for decades as a necessary component to make cars lighter and hence require less fuel. Last November, at a conference in Aspen, he was still making the case, arguing that carbon fiber was crucial to use in airplanes, to reduce their use of fossil fuels in a world increasingly worried about green-house gas emissions.

Already carbon fiber is used in high-end cars and very substantially in the Boeing 847, Eddington says. But it is expensive and made from petroleum. Making it from coal could bring the cost down – but there is that engineering to be done. The goal would be to create carbon fiber that is used in lower-end cars. The U.S. Department of Energy is interested, according to Eddington.

But carbon-fiber jobs in Craig when those coal-burning units start closing in 2025? Not likely, he says.