Clearing the Air on Colorado’s Emissions

Colorado has proven that steps to produce the energy we need, while protecting our cherished environment, is achievable.

The signs are a plea to residents and visitors to literally take cover to mitigate impact from — or avoid contributing to — additional ozone pollutants. However, there are numerous competing factors that cause, bring and trap these pollutants in Colorado’s air. They do not observe state or national boundaries, and while our beautiful mountains lure newcomers and visitors, their geological features are also a mile-high problem because they prevent some normal dispersion of emissions. To make matters worse, as Colorado’s popularity attracts more visitors, residents and businesses, the problem will likely worsen.

Environmental groups and health watchers have long pointed to Colorado as a hotbed of air pollution that can trigger respiratory symptoms, such as scratchy throat, coughs and difficulty breathing, as well as asthma and other lung diseases. It is a major problem. So, what can be done about it?

First, a little history. The Denver metro area, Colorado’s most densely populated region, was designated an ozone nonattainment area in 1978, seven years after the U.S. Environmental Protection Agency (EPA) established National Ambient Air Quality Standards (NAAQS) for numerous air pollutants. The region has struggled to meet federal pollution guidelines since, but state officials, along with those from several industries, have been proactive to improve the state’s air quality.

The EPA works with its federal, state and tribal regulatory partners to monitor and ensure compliance with clean air laws, all with a goal to protect human health and the environment.

READ — A Zero is Not OK: Some Colorado Representatives are Failing Us on Energy

One of the most common targets to reduce emissions is the oil and natural gas industry:

At the wellhead, government officials and industry leaders in 2014 made Colorado the first state in the nation to require energy companies to reduce methane emissions from operations. Energy industry analysts continue to cite Colorado’s rules as a model for methane regulations. Oil and gas operators in the state have been among the first to use rigs powered by electricity, rather than diesel. They’ve also developed airtight closed-loop production systems to reduce emissions. Companies working in Colorado also perform Leak Detection and Repair (LDAR) inspections with infrared cameras to detect emissions, which has improved well efficiency and reduced pollutants.

Despite what one might think, oil and gas production contributes only 12% of Colorado’s emissions, according to Golden-based National Renewable Energy Lab (NREL). On top of that, NREL estimates 71% of Colorado’s ozone is beyond the state’s control.

It’s transportation that accounts for much more of the state’s pollution, a situation exacerbated by Colorado’s rapid growth. The U.S. Census Bureau reports the state’s population rose 15% from 2010 to 2020, to nearly 5.8 million. Analysts expect the number of people residing in the Centennial State to jump at least another 10% this decade alone. 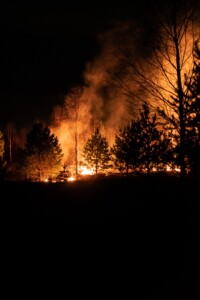 Unrelated to emissions from transportation or oil and gas production, Colorado’s air quality has suffered in recent years due to wildfires that have raged in many areas of the state and across the drought-stricken western United States. For three straight days in August 2021, Denver’s air quality ranked among the worst in the world due to smoke that had been pouring in from megafires in California and elsewhere. Combine that with traditional hot summer weather and the result is unhealthy levels of ground-level ozone pollution.

As officials work on fire mitigation plans, they also know that reducing pollution from sectors such as energy and transportation will not only make Colorado’s air cleaner, it also should reduce risks associated with climate change.

A Focus on Vehicles

In 1995, the state highway department developed a policy that has evolved into the agency’s Air Quality Action Plan, to address greenhouse gas (GHG) emissions. However, efforts to thwart these pollutants seem to remain as volatile as the emissions themselves.

In 2019, Colorado Gov. Jared Polis broke with the policies of Gov. John Hickenlooper, his predecessor, and did not file for a background ozone waiver from the EPA. The move put the Denver area into severe nonattainment, something Polis initially called “good news,” but then reversed course after hearing the EPA’s new ozone status would require the sale of a more expensive blend of gasoline on the Front Range.

The EPA’s mandate for a reformulated gasoline (RFG), a type of fuel that reduces some ozone emissions from engines, is estimated to improve air quality only by a minute 0.01 parts per billion. The switch to RFG also means an expected increase of up to $1 per gallon of gasoline, according to the Denver Metro Chamber of Commerce. The chamber points out that because only 40% of Colorado’s gasoline is produced in-state, Coloradans would become reliant on RFG distributors in Texas and California, making Colorado more susceptible to gasoline shortages and price hikes. This switch to RFG is estimated to cost Colorado residents and businesses between $800 million and $1 billion, not to mention that trucking in this cleaner fuel on diesel-run semi-trucks would negate some of its intended environmental benefits.

While emissions from the oil and gas industry do exist, what’s less talked about are the benefits the industry delivers. For years, the Denver-based Western Energy Alliance (WEA) has highlighted that Western natural gas is a powerful “clean air tool,” citing statistics that indicate the use of cleaner-burning natural gas to produce electricity emits approximately half the carbon dioxide (CO2) of coal along with lower levels of other air pollutants. Burning natural gas for electricity generation improves air quality and helps cities comply with NAAQS for sulfur oxides and particulate matter, according to the Alliance. Groups such as the Consumer Energy Alliance emphasize the fact that Coloradans saved nearly $12.4 billion over 10 years due to lower natural gas prices in the form of lower home utility bills.

Perhaps the most impressive point is one the Institute for Energy Research (IER) has been driving since just before Earth Day’s 50th anniversary celebration in 2020, and just prior to the pandemic when people hunkered down and reduced travel, which led to reduced transportation emissions. IER highlights, using EPA data, that between 1970 and 2021:

During the same period, total emissions of the six principal air pollutants dropped by 73%.

Even with the increased use of our natural resources in almost every sector, U.S. air pollutant measurements are lower today than 50 years ago. It might very well be the greatest energy, economic and environmental success story you’ve never heard.

There are also rules designed to reduce the use of fossil fuels for heating and cooling homes and buildings. Officials also said there will be further regulations designed to limit emissions from oil and gas production.

What’s key for the business communities and governments to remember is that economic development and environmental quality are not mutually exclusive and do not need to be at odds with each other. Colorado has proven that steps to produce the energy we need, while protecting our cherished environment, is achievable.

While some may cite environmental regulations and mandates as the only road to America’s improved air quality, technology and innovation, spurred by visionary entrepreneurs have provided solutions time and again to our most pressing problems. Perhaps they are the ones to consult to clear the air on Colorado’s emissions. 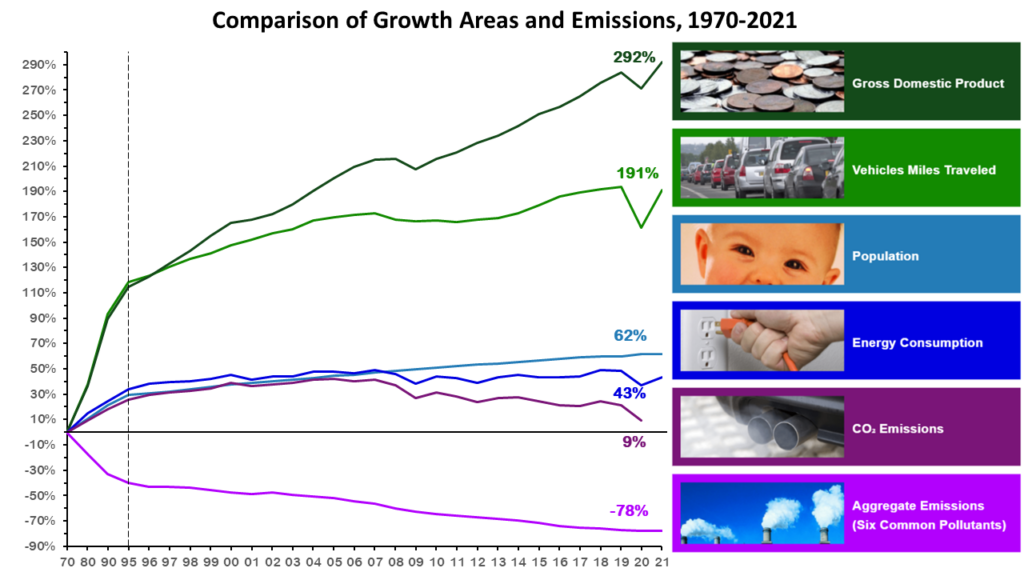 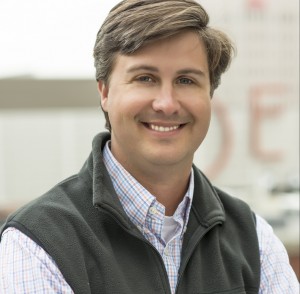 Jon Haubert is the publisher of ColoradoBiz magazine. Email him at jhaubert@cobizmag.com.