Colorado Companies to Watch 2021: The Foodies

Five companies to feed your hunger 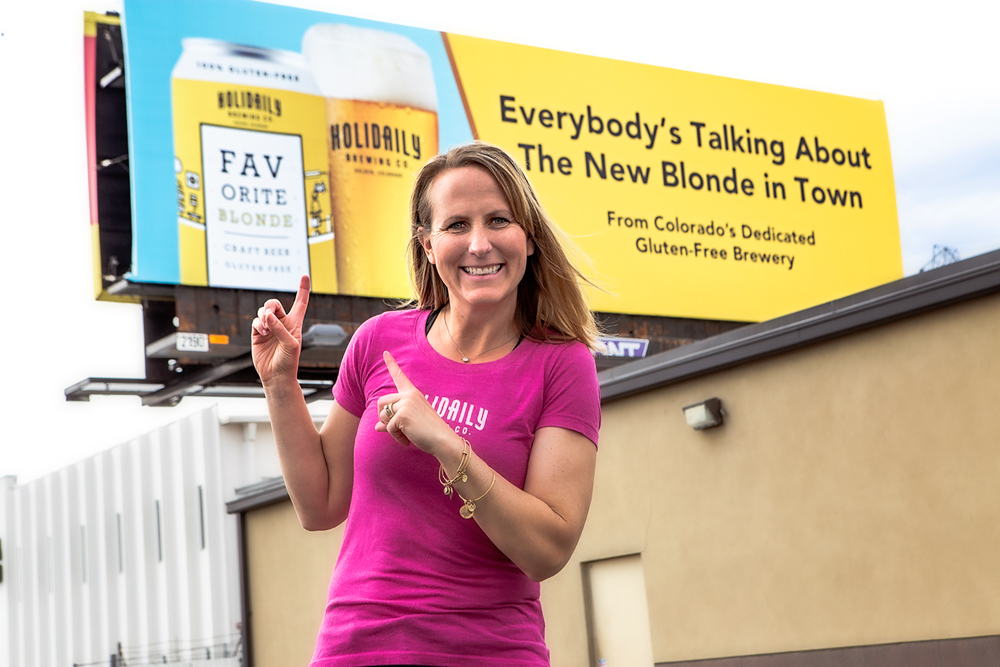 Think doughnuts, but healthy. At least that’s what Fernandez Marquez did when The Dough Bar was created. The protein-based doughnuts have the iconic donut hole but provide glaze and toppings in the size for customers to control the less healthy parts of the donut themselves. After starting in the pricy Bay Area, the company began looking for alternate locations to locate the company. Clearly The Dough Bar considered Fort Collins a good location, as it can serve the active population of Colorado that still may have a sweet tooth.

Eye-catching and irregular, The Dough Bar won over “Shark Tank’s” Barbara Corcoran as an investment opportunity. This brought an investment and a social media presence – one that has garnered 200,000 followers on Instagram – that has propelled this company’s growth. Utilizing the newfound brand recognition, The Dough Bar has placed a heavy importance on advertising and data-driven advertising as a result.

“The commitment to advertising and opening new locations has paid huge dividends for us over the past few months,” a company spokesperson said. “Since December of last year, we have nearly doubled our employee numbers and retail locations, while seeing our first quarter revenue increase by 70% over the prior year.”

Corporate gifts are always shrouded in awkwardness because no one wants to overstep any boundaries when getting something for their co-workers, but often this results in presents that are disingenuous, lacking pizzazz, and ultimately just fall short of what our co-workers and employees really deserve. So, when Sugarwish realized its gift helped squash all of those problems by creating a box of sweet treats that would certainly boost a mood but never go too far, the company realized it had a perfect gift.

Sugarwish is a fast growing Denver-based gifting company with a unique “receiver picks” digital-to-physical delivery model. Each recipient gets exactly what they want because their gift is filled with their own personal selections.

It only makes sense that kindness is at the top of what makes up a gifting company. Whether it is kindness toward vendors, customers, partners or just a person passed on the way to the office, Sugarwish emphasizes the importance of this characteristic from the beginning of the hiring process to your final day of employment. A chart that outlines the accountability expected from each position at the company creates a heightened sense of transparency as coworkers help to keep each other accountable. “The enthusiasm is palpable and there is a definite buzz in the air that can be felt the minute you walk through the doors of Sugarwish headquarters,” co-founder and Chief Creative Officer Leslie Lyon said.

Documented as the most pivotal moment in Sam’s history, the move and development of the new location in 2016 allowed Sam’s to display triple the amount of exotic game meat, spices, rubs, sauces and specialty items across 72 feet of counter space. This transition changed Sam’s from a local butcher shop to a veritable work of art. Adapting the layout changed the atmosphere, but it was the company’s change in technology that helped to change the business practice. With six point-of-sale terminals, both stationary and mobile, clients can be served throughout the store in order to mitigate traffic and wait times. What’s next for the company’s growth? Social media. While currently handling all social media internally, Sam’s Meats hopes to eventually hire an external professional to bolster its online presence.

Sam’s also works with numerous local food banks and churches, as well as supporting schools and various community events. “We love supporting other local businesses and showing off the local artisan sauces, rubs, honey and jams,” company President Debra Sam said. “It’s an honor to show off their craft in our place of business.”

Coloradans everywhere were excited when full-strength beer was allowed in grocery stores at the onset of 2019. However, few may have been more ecstatic than Karen Hertz, the founder of Holidaily Brewing Co., as she quickly found her award-winning, gluten-free craft beer popping up in places like Whole Foods, Natural Grocers, King Soopers and plenty of others. With Holidaily Brewing Co.’s Hertz’s bottles flying off the shelves, there was an immediate need to up production. In 2019, the same year that

Holidaily Brewing Co.’s product first appeared on shelves, Hertz opened a 10,000-square-foot brewing facility that allowed production to surge from 20 barrels to 620 barrels. In doing so, Holidaily Brewing Co. has become the largest gluten-free brewer in the country, continuing to establish Colorado as a mecca for beers of all kinds. Gluten-free beer may have started in obscurity, but Hertz and the team at Holidaily Brewing are making sure their beer is a mainstay for years to come.

While most business saw a decrease in revenue during the pandemic, Holidaily Brewing actually generated a 13% increase in taproom sales in 2000. Thus, a second taproom was opened in The Landmark at Greenwood Village in August 2021.

“We like to say that at Nosh we took the shared economy concept one step further by giving the main stakeholders actual ownership not only over the process but also of the company,” said Gleidson Gouveia, co-founder of Nosh Delivery.

Colorado Companies to Watch 2021: The Techies