Colorado's housing market in 2022 can be described with one word — frenzy.

The news that there are no longer any single-family homes in the Denver area for $300,000 or less is, frankly, horrifying. As the median price for area homes has crept to the $1 million mark, what these two facts together mean is that even a $500,000 home is in a sketchy neighborhood. At least sketchy now – this kind of price inflation in housing is a predictor that soon the $300k-to-$500k neighborhoods, or even higher priced ones, will soon begin yet another cycle of displacement.

People who can’t afford the higher-priced homes – heck, even the moderately priced homes – will either buy in the sketchy areas and displace the people living there now (we’ve seen this movie), which is not good, move farther out and expand what we know of as the exurbs, thus expanding the already awful sprawl, which is not healthy, or, they will choose to pick up their lives and move away to the state’s smaller towns or to less expensive cities in other parts of the country.

READ — What Is the Difference Between Class A, B, C, and D Properties?

Trouble is, the state’s smaller towns – Fort Collins, Greeley, Glenwood Springs, Pueblo, you name it – are having their own housing inflation and are quickly becoming unaffordable as well, if they are not already there. I hate to point out the obvious, so I’ll let an old college friend do the honors: he hadn’t been in Colorado since our college days at DU, but on a recent trip here he observed that the Front Range, which used to be distinct cities and towns with farms and ranches in between, is now just one giant metroplex. And not in a good way.

And even other places that you might choose as an alternative to Colorado — Omaha, Topeka, Des Moines, Grand Rapids, Charlotte, just to name a few — are also experiencing housing price spikes and housing crunches. In other words, it’s no picnic anywhere when it comes to affordable housing. And for the purposes of these options, I am talking about people with relatively good jobs and couples with attractive dual incomes. People of lesser means, well, I guess they’re up that famous creek without a paddle.

Like so many things in a wacky economy that is undergoing a massive and historic alteration – even before the onset of the COVID pandemic – this kind of housing market is simply unsustainable. I have been a keen observer of everything real estate in Denver and Colorado since the 1970s, and while I have never seen the market for single-family homes decrease, I think this time there is a real possibility of that happening, and relatively soon. My own house, according to Zillow, increased in value by 25% each of the last two years—more than 50% in 20 months—and in his environment, I’m not so sure it wouldn’t actually garner another 10% to 20% if it actually hit the market in an over-listing frenzy.

That’s a good word for all of this—frenzy. If you look that word up in the dictionary you’ll find it means “a temporary madness.” Hey, you can get away with murder with a “temporary madness,” so just think of the disruption as it applies to housing.

I have watched my grown children and other young people walk through this frenzied fire pit of a market, and it wasn’t pretty. Oh, we had it bad 40+ years ago – mortgage interest rates in the mid-teens – but geez!, what’s going on now is insane. If I were a young person looking to jump into the market for the first time or move up to my second home, I think I might just hold my horses. If I was an investor/speculator looking to take advantage of these price bumps, right now I would be reassessing and looking elsewhere for investment. 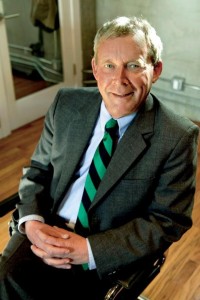 Jeff Rundles is a former editor of ColoradoBiz and a regular columnist. Email him at jrundles@cobizmag.com.

5 Things to Know Before Investing in a Warehouse Space