The "great resignation" is in full swing, but, thankfully, the Colorado job market has had a great year in 2022.

2022 has been a spectacular year for the Colorado job market (at least from the viewpoint of the job seeker), with a reported nearly twice as many job openings as there as job seekers, giving people across the country yet another reason to move to the great state, home of the Rockies.

If you’ve been contemplating a move to Colorado, or if you currently live in Colorado and are considering making a career change, now is an excellent time to do so. Companies in Denver, such as Wells Fargo, AT&T, and Amazon, are hiring. From tech to finance, retail, and the healthcare industry, opportunities abound in Colorado.

In this short article, we’ll take a look at the Colorado job market and the projections going into next year.

Why Are There so Many Jobs?

The labor shortage (or abundance of work opportunities, depending on how you see it) is not unique to Colorado. Although the Colorado job market has been experiencing a greater number of job openings remaining unfilled, this phenomenon is being recorded all across the country.

During the economic turmoil that was the Covid-19 pandemic and consequential lockdowns, many workers were either laid off or switched to remote work. Following the pandemic, as many companies went back to full strength, there has been a rush to try and fill the many open positions. However, a significant number of workers have taken to their new status as under-employer or freelance and are choosing not to return to the workforce.

Starting from the spring of 2021, we have seen a record number of workers voluntarily leave their jobs in what industry experts have coined The Great Resignation.

In contrast to many of the states in the Union, Colorado has been experiencing economic growth. This, in turn, has led to businesses either moving to Colorado or increasing their investments in the region.

The labor shortage has hit both the public and the private sector hard. Private sector jobs, such as with the Department of Corrections, have proven tough to fill. In fact, the Colorado Sun reports that the Department of Corrections has had to scale back on vaccine mandates in order to try to fill job openings. As of September 2022, they still have nearly 1,700 jobs to fill.

The public sector job board, State of Colorado Job Opportunities, has openings in pretty much all areas of public service: law enforcement, education, and athletic associations, to name a few.

In August of 2022, unemployment went up in 32 states. However, in Colorado, unemployment rose by only .1%, a significantly lower rise than in other states in the union. And over the past 12 months, the unemployment rate in Colorado has fallen by almost 2 percentage points. Colorado now ranks as the state with the 2nd highest worker participation rate in the country.

Over the past 12 months, nearly 107,000 jobs have been added in the private sector alone. 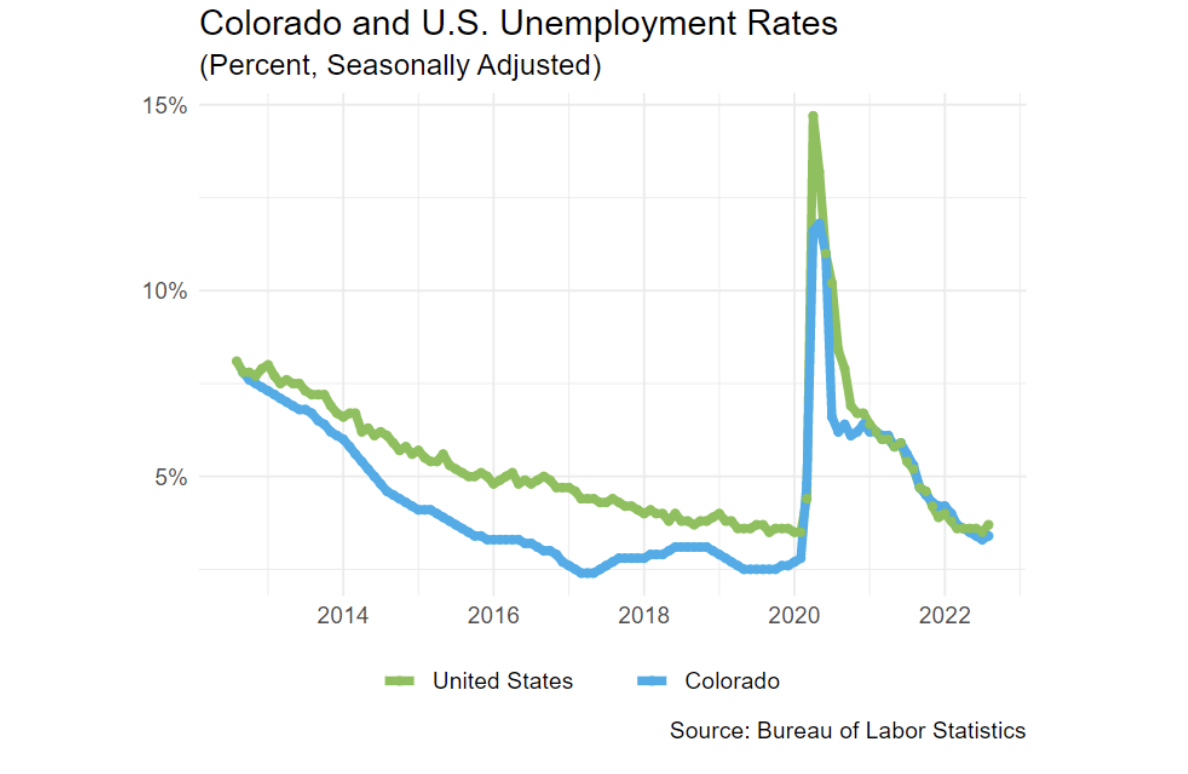 Graph provided by the U.S. Bureau of Labor Statistics and taken from this site.

The private sector industries that have recorded the greatest amount of job growth include manufacturing (no doubt as a consequence of government initiatives to help American-made products), transportation, construction and engineering, and utilities, with health and education not far behind.

In addition to more jobs being added to the market, we are seeing an increase in compensation and a decrease in restrictions (such as vaccine mandates which have largely been lifted). This is due mainly to the fact that companies are scrambling to fill positions in the midst of an unprecedented labor shortage.

In an effort to combat wage inequally between male and female members of the workforce, Colorado enacted the Equal Pay for Equal Work Act. This act went into effect in January 2021. The law requires all companies state-wide to disclose salary ranges in their job offers. The law also requires companies to perform regular pay audits and keep detailed accounts

The law aims to reduce – if not eliminate – wage discrimination through actionable measures in transparency and accountability.

While many states in the union are showing signs of economic downturn, the Colorado job market is particularly favorable for job seekers. There are twice as many job openings as there are people looking for work. Across both the public and the private sectors, we are seeing companies and institutions raise compensation and decrease restrictions in an effort to combat the labor shortage. Additionally, a new law went into effect in 2021 to help prevent wage discrimination through transparency and accountability. 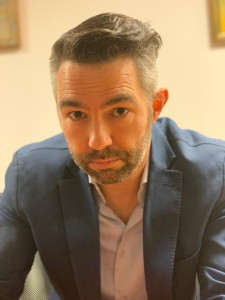 Russell Ridgeway is an American writer based in Budapest, Hungary. He writes in business, tech, and fashion, as well as creative fiction. You can reach him by email (russell@lensawork.com), or on LinkedIn and other social media platforms.

6 Ways to Find New Employees During the "Great Resignation"