Although beer appears to be flying off the shelf, that’s not the whole story. This is.

But beer-industry analysts say the sales of suds really show a tale of two tipples.

While off-premise growth–beer purchases made at grocery or liquor stores–has boomed, the sales increases aren’t making up for the loss of on-premise sales at bars and restaurants. And craft beer brands have been negatively affected by COVID-19 shutting down bars, restaurants, taprooms and tasting rooms.

“We’re seeing large brewers still selling their full cases fairly well in the liquor stores,” says Scott Kerkmans, professor and head of Metropolitan State University of Denver’s Beer Industry Program. “The small craft breweries that never distributed are the ones who are hurting the most, though–they’re trying to pivot and adapt, but it’s a challenge in the current environment.”

More than 90% of the 8,300 breweries in the U.S. are smaller, independent outlets, defined as those producing less than 6 million barrels per year, says Julia Herz, craft-beer program director with the Boulder-based Brewers Association.

During the COVID-19 pandemic, however, the consumer base is reverting to flagship and value brands, she says. 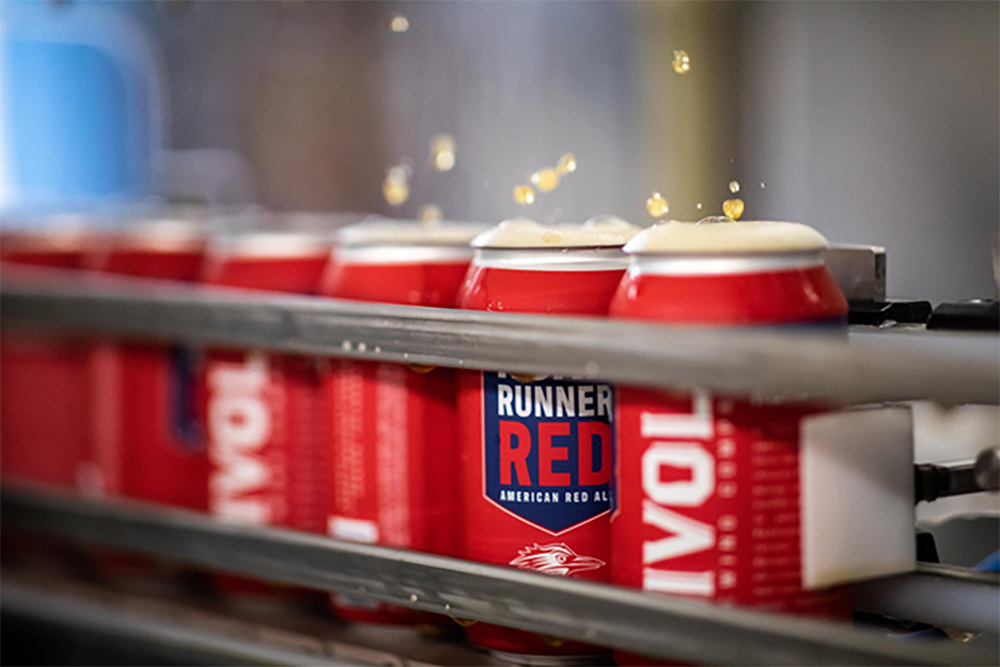 Prior to the pandemic, experts and trade organizations such as the Brewers Association and Colorado Brewers Guild saw increased interest in expertise and innovation.

“Whether that continues remains to be seen, but the common denominator in beer no doubt continues to be innovation,” Herz says.

Kerkmans concurred: “Brewers are some of the most innovative people in the world, so they’re always looking for unique angles.”

For instance, he says, brewers that started up in the past five to 10 years saw the most success from sales in their tasting rooms or taprooms. Though things are looking up in the Denver area, where restaurants and bars have begun reopening with limited seating, it’s still far from business as usual.

So, craft operations are augmenting their business models, Kerkmans says.

Some are distilling ethanol for fellow spirit-makers to convert into hand sanitizer, while other brewers are finding different creative ways to pay it forward: Paradox Brewing was selling $1,000 gift cards for $900, she says, while Berthoud’s City Star Brewing was offering a “beer-it-forward” initiative to buy a pint for a fellow hophead.

Through the tumult, one consideration remains constant. However, there’s a clear logistical need to transport beer from there to here.

“Packaging is key to how we get our beer,” Herz says. “If there aren’t growlers or crowlers, it hasn’t stopped enterprising brewers; we’ve even seen sterilized milk jugs being used to safely house carbonated beverages.”

Fortunately for the Tivoli Brewing Co., there’s no need to dip into dairy.

“Our canning line was already going strong before everything hit,” says Ken Hehir, CEO of the storied Auraria Campus partner of MSU Denver’s beer program. “And though it’s not sustainable by itself as a long-term business proposition, it’s keeping us going right now.”

That’s because since the taproom shuttered March 16, the company has seen approximately 80% of its business dry up “essentially overnight,” Hehir says.

Tivoli Brewing, which only recently reopened its taproom with expanded outdoor seating, was able to focus production on canning and package sales, thanks to a donation of equipment to the MSU Denver Beer Industry Program from Cask Global Canning Solutions.

“It’s all about getting through things in survival mode right now,” he says. “Who knows what the future will look like? We only know it’ll be different.”

For students in Kerkmans’ homebrewing class this past semester, shifting to that difference involved fermenting their beer, wine, mead and even kimchi at home.

It’s just another way that enterprising beermakers are doing what they’ve always done–making something delicious out of whatever ingredients are at hand.

“Luckily, those studying the beer industry have been as adaptable as the brewers they’ll eventually become,” Kerkmans says. “You have to love the versatility of these folks.”

(This sponsored content was provided by Metropolitan State University of Denver.)

Half Full or Half Empty? Denver Business Owners Split on Optimism