Electric vehicles are still a small percentage of the overall automotive picture in Colorado, but the numbers are growing steadily

Electric vehicles are still a small percentage of the overall automotive picture in Colorado—around 6% of all vehicles on the road, by a recent count but the numbers are growing steadily. And while some consumers are passionate and knowledgeable about EVs—their interest driven by everything from high gas prices to superior performance to countering the effects of climate change—others need a push to take them from the mildly interested stage to actually getting behind the wheel of an EV.

“The grant itself is called Drive Electric USA, and there are 17 states now that are part of the Drive Electric USA program,” says Bonnie Trowbridge, executive director of Drive Electric Colorado. “We have these statewide programs, and we’re learning from one another and trying to accelerate awareness of electric vehicles in our states. It’s not just about the cars; it’s about the people and the policies and the roads and the utilities and clean energy and all of that kind of thing, bringing it all together.”

The organization’s website, driveelectriccolorado.org, is a clearinghouse of information about EVs for consumers and dealers, covering everything from tax rebates and other financial incentives available to EV owners to what an electric vehicle driver needs to know about charging their vehicle.

For instance, EVs can be charged at home by simply being plugged in to a standard electrical outlet, but a “level 2” charger, like the one a clothes dryer plugs into, will charge the vehicle even faster—a total charge in three to five hours vs. 12 hours for a standard outlet. Level 2 chargers can be easily installed by a licensed electrician.

“Most people are going to charge in their garage, but if you don’t have a garage, if your apartment complex or condo doesn’t offer charging, there are grants available in Colorado for that,” Trowbridge says. “We want to talk with people who need charging in their parking lots, whether it’s at their workplace or their apartment, because we can help get that money to those people so the chargers are more available.”

The need for EVs

The Colorado Electric Vehicle Plan 2020, a roadmap created by the Colorado Energy Office (CEO), outlines the need for more zero-emission vehicles on state roads: The transportation sector is now the largest source of greenhouse gas emissions in Colorado, contributing to air pollution and climate change effects such as drought, wildfires and raised average temperatures. Increasing the number of EVs in Colorado will not only have environmental benefits, the report finds, but financial benefits as well. An increase in EVs could lower utility bills for customers across the board, and EV owners would see additional cost savings from reduced fuels and maintenance costs.

And while of course the electricity used to charge those vehicles comes from a grid that is still largely powered by coal, Trowbridge points out that natural gas, solar and wind power are an ever-increasing part of the energy mix in Colorado.

“Even electric vehicles that are powered solely from coal power sources are still cleaner than gasoline vehicles because they’re more efficient,” she says. “Most of the emissions that come from vehicles come from tailpipes and from the tires. Tire emissions aren’t carbon emissions, but being able to address that 100% of that tailpipe emissions is important.” 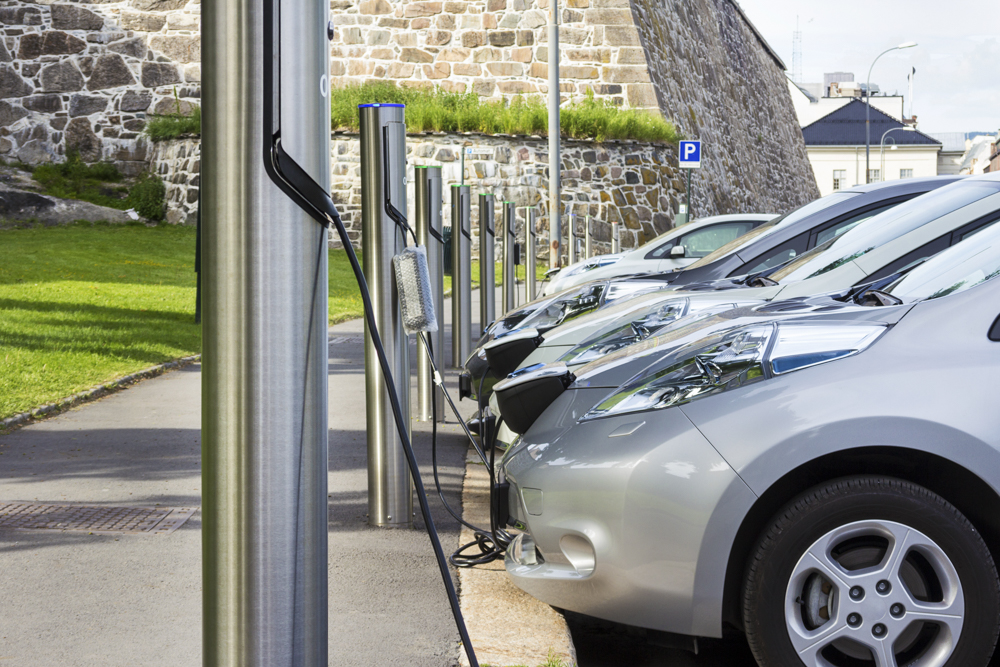 The Colorado Energy Office has an ambitious goal of 940,000 EVs on the road by 2030, more than 20 times the 42,000 currently registered. And that number doesn’t count pure hybrids, only vehicles that plug into the wall. Those can be 100% electric vehicles, also known as battery electric vehicles (BEVs), such as the Nissan LEAF, Chevy Bolt, and all Tesla vehicles, or plug-in hybrid electric vehicles (PHEVs) that use electricity as the primary power source but have internal combustion engines as a back-up option. Examples include the Chevy Volt and Toyota Prius Prime.

It’s a goal that’s a lot easier in Colorado, a state already known for its environmental consciousness. Perhaps not surprisingly, Colorado also is home to the country’s No. 1 Nissan LEAF dealer, Tynan’s Auto Group. Markus Kamm, the dealership’s director of sales, says that when they first began selling LEAFs in 2012, he and the Tynan’s owners were on a mission to raise awareness, going to every ride-and-drive and press event they could. Today, it’s a different story.

“Demand is sky-high,” he says. “We’re getting probably 10 to 15 phone calls per day. We have 75 LEAFs on order through the end of January, and we’ve probably got almost 50 of those already presold.”

Back in 2012, Kamm says, the interest in EVs was propelled largely by drivers who wanted to lessen their environmental impact. As the vehicles’ reputation has grown, he says, he sees more interest now from customers who want a low-maintenance vehicle that’s fun to drive — and that won’t empty their wallet at the gas pump.

“EVs are so much more a part of the mainstream automotive psyche,” he says. “People buy them just because they’re so economical to own. There are environmental benefits, no doubt — zero tailpipe emissions, less reliance on fossil fuels — but they’re just all-around great low-maintenance, low-cost-of-ownership cars.”

It’s an important step, says Tim Jackson, president and CEO of the Colorado Auto Dealers Association, as auto manufacturers continue to make EVs a priority — some, like Volvo, have announced plans to phase out combustion engines altogether — and as Colorado continues to outpace most other states in EV adoption.

“We’re tracking above most other states in implementation of EVs,” he says. “The market share of BEVs and PHEVs has grown from 3.6% to 5.8% in just the past year, and the latest data shows we’re No. 5 in America for getting EVs on the road.”