When it comes to electrification, this closer look provides context toward statewide policies and global challenges.

Amidst a 40-year high in inflation, a housing affordability crisis, and volatile gas prices, Colorado lawmakers are doubling down on their aggressive environmental policies.

In support of HB19-1261, which included greenhouse gas emission reduction targets 26% by 2025, 50% by 2030, and 90% by 2050 from 2005 baseline levels, last week a slew of bills were proposed meant to build on Gov. Jared Polis’ and the state’s efforts to reduce greenhouse gas emissions and improve air quality.

As the state continues to regulate and legislate in favor of accelerated climate goals, it fails to acknowledge the global challenges to meeting its targets, which make the tradeoffs nearly impossible to fathom. The reality is, that unless we tell lawmakers to reassess their unrealistic race to electrification, many Coloradans already struggling will find it increasingly difficult to afford to live here.

Take, for example, the state’s electric vehicle goals. Transportation is the largest source of greenhouse gas emissions in the state, followed by electricity generation, oil and gas production, and fossil methane use. The Governor set a goal of 940,000 electric vehicles on the road by 2030 and set in motion several regulatory programs that support transportation electrification. Yet, a significant roadblock exists to the production of electric vehicles that is completely out of the Governor’s hands.

The batteries needed for electric vehicles require minerals such as graphite, lithium, cobalt, and nickel. They are extremely expensive and difficult to extract in ways that are not harmful to the environment, yet they are the core components to electric vehicles. What’s more, China dominates the entire battery supply chain for electric vehicles and lithium-ion batteries, owning about 75% of the entire battery supply chain. Any mineral supply shortage will impact the speed, scale, and cost at which clean energy technology can be deployed. Without ample supply or a diversified supply chain, our decarbonization goals will make us entirely dependent on China who is known to use its position to restrict exports when trade tensions increase.

Furthermore, China does not share our decarbonization goals. While President Xi Jinping pledged that China will be carbon neutral by 2060, China still built over three times as much new coal power capacity as all other countries in the world combined. Additionally, in 2020 they permitted five times more coal power projects than were initiated in the rest of the world combined.

Indeed, while car makers (and grid operators) deal with the challenge that lithium-ion batteries present to production, the Governor knows that electrification alone will not be enough to meet Colorado’s emission targets. Colorado policymakers are therefore looking to reduce the number of vehicle miles traveled. If they cannot persuade you to change what you drive, they aim to change how you get from place to place. Recall the Governor’s 2021 ill-fated proposal for a mandatory program for employers to cut single-occupancy vehicle trips by their workers. The proposal was withdrawn after facing a substantial backlash. The legislature’s voluntary program encountered a similar reaction and failed to pass.

So this year, the Governor is adding to the incentives to get you out of your car and into public transit, even as public health concerns reduced ridership more than half during the pandemic. To a tune of $58 million, he hopes to fund transit agencies to induce you to take transit by providing free fares during high ozone season. Transit agencies like RTD, already struggling prior to the pandemic, need the funding boost to put such plans into place. Without corresponding reform to RTD’s fare structure, it remains to be seen whether the investment would pay off and change commuter habits year-long. Another $65 million is sighted to electric school bus grants, $15 million for replacing 500 diesel trucks, and $12 million for electric bike rebates.

The transportation infrastructure bill passed in 2021 had already set aside large amounts toward vehicle electrification and transit as well as put into place environmental regulations for highway expansion. However, Colorado has more projects than CDOT can fund, even with added federal infrastructure funding, and the gamble is high as investments in greener modes of transportation now may not pay off unless Coloradans ditch their cars for transit and bikes.

Amidst this electrification spending spree is disregard of the fact that even if Colorado met its emissions goals, the reduction would amount to just over 2.1% of the current U.S. emissions, and only .3% of global emissions. As the state races toward electrification, during high inflation and recession fears, and given the global challenges of battery production which are necessary components for batteries and storage, policy makers would be well advised to ensure that when it comes to electrification, the juice is worth the squeeze. 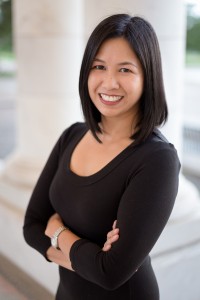 Evelyn Lim is the 2022 Mike A. Leprino Fellow at the Common Sense Institute (CSI).