Fintech on the Rise

Colorado’s fintech footprint is getting bigger, with numerous companies launching and opening satellite offices in the state in the last few years. Industry observers see a burgeoning sector rooted in Denver but extending in both directions on the Front Range and beyond.

“We benefit from fintech hubs in three cities, versus one concentrated cluster. They’re all improving year over year.”

There’s a mix of big players — think Western Union and Charles Schwab — and startups, bolstered by a workforce with strengths in both financial services and information technology. That nexus is the crux of an industry that’s hit an inflection point in Colorado as of early 2022. 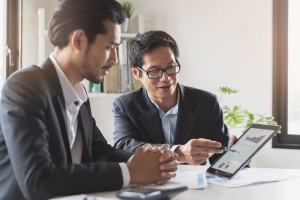 Take Sydney, Australia-based Finder, with an app that helps users save and invest. Co-founder Fred Schebesta says Denver beat out Atlanta and other locations for the company’s U.S. headquarters.

Tax incentives were a big factor. So was Colorado’s lifestyle. “We did an analysis of all the different universities and colleges, and we also did an analysis of the cost of living,” Schebestra says. “We’re recruiting and hiring lots of people and building our business out, taking it from Australia to the U.S.”

Now more than 10 employees strong, Finder’s Colorado office could grow to about 50 in 2022 if all goes to plan. The company has nearly 200 employees in Australia. “We’re hiring a lot of engineers and product managers,” Schebesta says. “We’ve got a recruiter working full-time to bring in new people.”

The state’s officials are bullish on fintech’s future trajectory in Colorado. “Fintech, or financial services and technology as a mashup, has been growing in Colorado,” says Michelle Hadwiger, deputy director of the Colorado Office of Economic Development and International Trade (OEDIT). Robinhood and Marketa “are great examples of large companies in this space that have identified Colorado as a location of choice.”

Hadwiger points out that Colorado has three cities — Denver (#9), Boulder (#20), and Colorado Springs (#49) — in the top 50 fintech cities in the U.S., according to data and analytics firm Findexable. “We benefit from fintech hubs in three cities, versus one concentrated cluster,” she says. “They’re all improving year over year.” 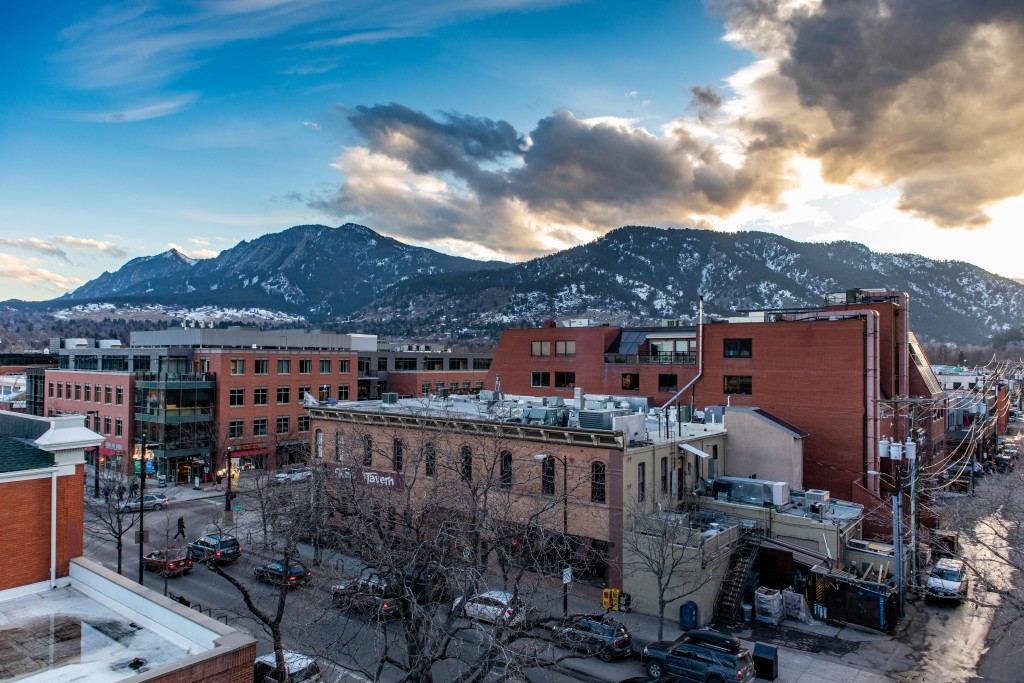 Denver’s spot puts it in some rarefied air. “Typically, you’ll see players like San Francisco, London and New York City holding the top spots, whereas Denver now ranks number nine in the U.S. and 27th in the world, earning recognition as a fast-growing, desirable fintech destination.”

She points to a few key ingredients: anchors like Western Union and Charles Schwab, a nation-leading IT workforce, and increasing amounts of investment capital flowing into Colorado fintech in the last decade. “We’ve got the big four financial services companies and all the FAANG companies — Facebook, Apple, Amazon, Netflix and Google — and a highly active and collaborative VC and startup ecosystem with globally recognized participants,” Hadwiger says. 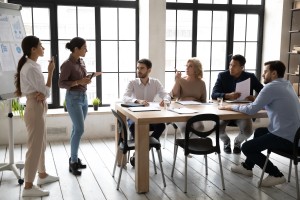 The broader IT workforce underpins this growing strength. “Denver and Boulder outperform coastal hubs in terms of density of technology-related occupations,” Hadwiger says, citing more than 30 percent growth in IT jobs for both cities since 2015. “Those are outpacing San Francisco, New York, Boston, L.A. and Atlanta, who have all grown 17 percent or less in that time frame. It just shows how Colorado is punching above our weight, outpacing some major markets.”

What’s driving the growth? “It’s sort of chicken and egg, and I’m not sure which came first,” Hadwiger answers. “Is the fact that Charles Schwab has one of its largest campuses in the U.S. in Colorado because we had the talent first, or are the industries driving the talent? I think it’s a little bit of both.”

Direct flights from Denver International Airport to national and international financial hubs are attractive, as is access to outdoor recreation in tandem with the time zone — you can hit a trail after the market closes in New York.

But it’s also about money: Hadwiger points out that Colorado has brought in more than $1.1 billion in fintech venture capital since 2016. 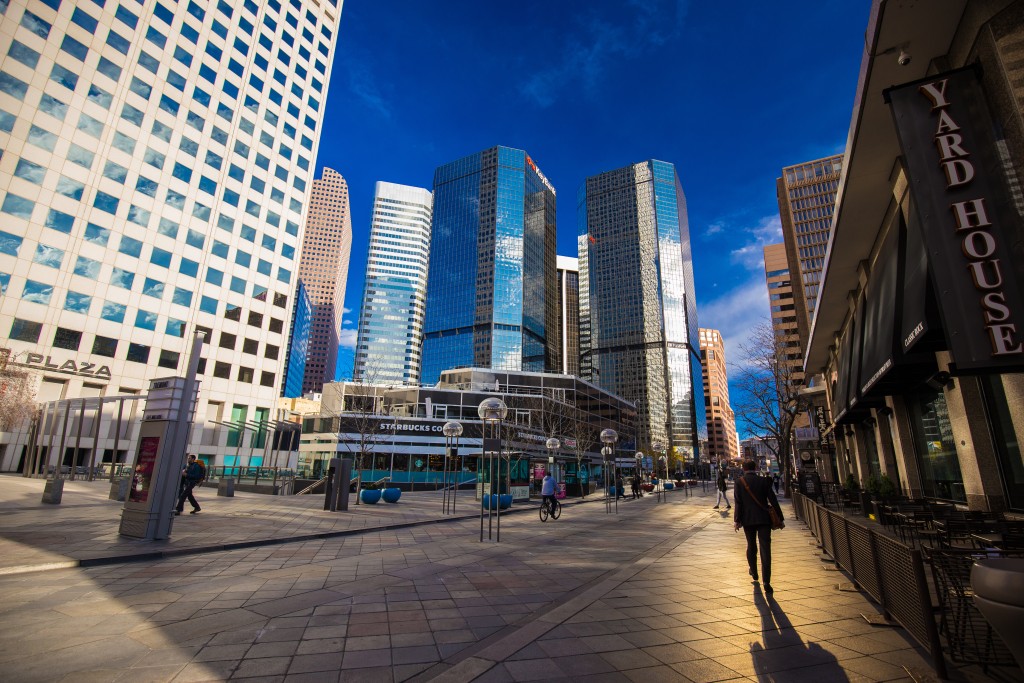 Mike Nelson, managing director of technology at the Denver office of William Blair, a multinational investment bank and financial services company, has focused on fintech for most of his 20-year career.

Nelson describes a cluster in Colorado extending from metro Denver to Fort Collins and Durango that’s poised for even more growth. “There’s always been a pretty good fintech environment here,” he says. “I think I’ve seen it accelerate the last two years.”

With about one in five VC dollars — or $131.5 billion — going into fintech globally in 2021 according to CB Insights, the current wave of “fintech 2.0” companies aren’t just IT providers. “Those fintech disruptors are vertically integrating and competing with the financial institutions,” Nelson says. “One of my fundamental theses is fintech is really all about innovation around the customer experience, whether that’s an individual user or a business user in the office of the CFO, increasing automation, reducing paper, reducing inefficiencies.” 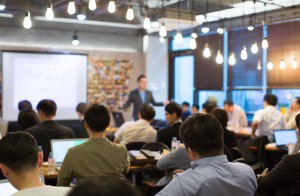 Denver-based Maxwell, a software provider to the mortgage industry, is a prime example. “The mortgage industry has been going backwards over the last 10 years,” says CEO John Paasonen. “Ten years ago, you could get a mortgage in 30 days. Today, the average is 50 days. It now costs more to originate a mortgage than it does to produce a Toyota. It’s expensive, and it’s all paper-driven and people-driven.”

That’s the opening Paasonen saw for Maxwell when he co-founded the company in 2015.  The company selected Denver as its alpha market for its software, then moved the company to the Mile High City from San Francisco before the end of the year.

Three people, including Paasonen and his co-founder, made the move. Maxwell has since grown to 300 employees. 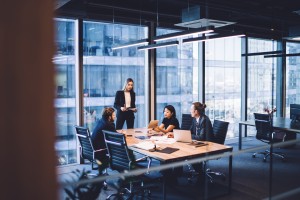 A visit during Denver Startup Week helped the founders make the decision to relocate. “Wow, there’s a real tech scene in this Denver place,” says Paasonen, calling Denver’s “phenomenal” airport a big part of the company’s move to Colorado. “With direct flights to most of the country, we can be on a 6:30, 7 a.m. flight, have a full day of meetings, and be back to tuck our kids in at night. That’s meaningful for people. You can’t do that on the coasts.

And it’s not as cutthroat as the Bay Area. “We just found a community of people in tech who were incredibly collaborative,” Paasonen says. “We ended up meeting some other founders who had moved their company from San Francisco, and they were just talking about the culture they were able to build here and the level of engagement they were able to get from engineers. It wasn’t just about making money and ‘What have you done for me lately?’ but really a team-oriented culture of building something together.”

As founders make lucrative exit, that culture is primed to foster more and more startups. “Success begets success,” says William Blair’s Nelson. “Follow the dollars. There’s been a lot of new private equity investment here locally, and that tells me there’s going to be a lot of job creation and continued innovation. As these things go, that next wave will get sold to industry consolidators, and the founders will say, ‘I’ve got this incredible idea that didn’t come to fruition.’ That’s the next seed round.” 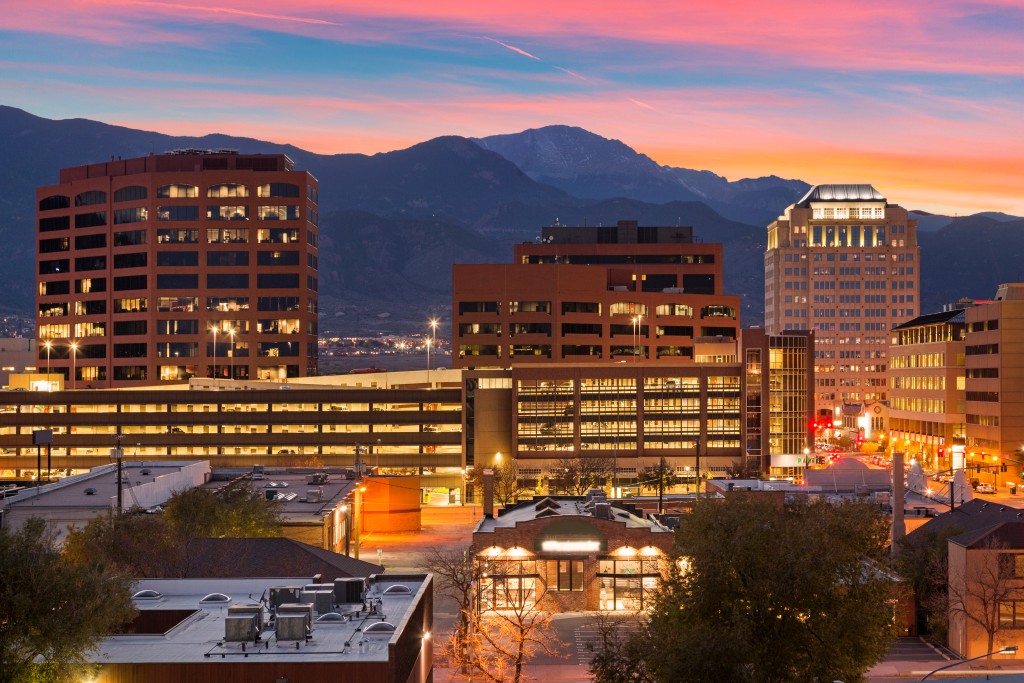