For the first time in 13 years, Infinity Park in Glendale had a spring without rugby.

For the first time since it was built in 2007,  no rugby was played at Infinity Park in the spring of 2020.

That’s not how things usually operate in Glendale, Colorado, which has earned the moniker “RugbyTown, USA” by having the first rugby-specific stadium in the United States. 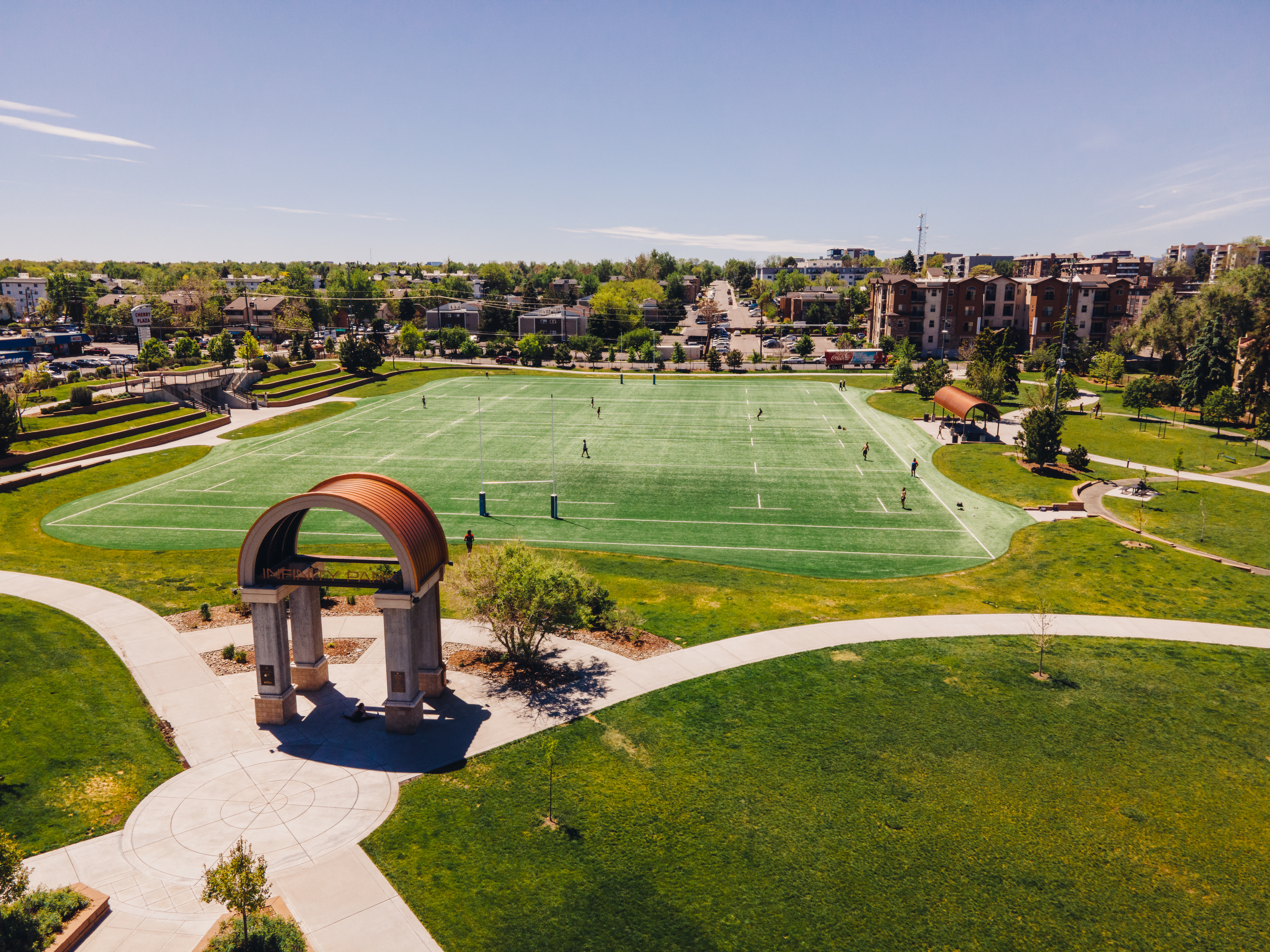 The weekend of March 7 was the last “normal” weekend of rugby in Glendale.

The Colorado Raptors, then part of Major League Rugby (MLR), picked up their second win in as many weeks against the undefeated Toronto Arrows who came into Colorado in first place in the league standings.

After that win, the rugby department settled in for what seemed to be another week of the sport.

“We had a good performance against Toronto, and we had kind of turned the corner a little bit,” Colorado Raptors head coach Pete Borlase remembers of the week. “We went from 0-3 to 2-3. We don’t know what we don’t know, but I really thought that we’re going to go out to Washington D.C. and come back 3-3 and face a really good opportunity against Austin the week after that.”

Borlase’s plans quickly changed. The first domino to fall was the state of Washington. It’s decision to place a 30-day ban effective on events with 250 or more people in attendance to help mitigate the spread of COVID-19 on March 11 started it all. With a road game scheduled to take place against the Seattle Seawolves on March 29, the decision was made to trade home matches with the Seawolves, who were scheduled to come to Glendale in late May.

On March 12, MLR decided that it would suspend the season for 30 days before reassessing whether or not the season could be played. It was decided on March 19 that the 2020 MLR season would be canceled, and the rest of American rugby followed suit.

Glendale’s camps, practices, and matches from the professional ranks all the way down to the youth level were canceled.

Unlike golf, rugby isn’t a sport that thrives in a time of social distancing. From scrums to rucks and tackles, 30 players are smashing into each other for the better part of 80 minutes. This fact of the sport poses challenges when trying to operate a rugby organization during a pandemic.

Jamie Burke, Glendale’s Youth Rugby Coordinator, had to cancel four different youth rugby programs since the coronavirus reared its ugly head back in the middle of March.

The decision to return to rugby doesn’t fall on the shoulders of organizations like Glendale. Instead, Burke is looking for ways to make programs work within guidelines laid out by national and local officials, medical professionals, and governing bodies of the sport including USA Rugby and Rugby Colorado.

As Burke inches close toward her next youth rugby events, she’s seen her fair share of different reactions. 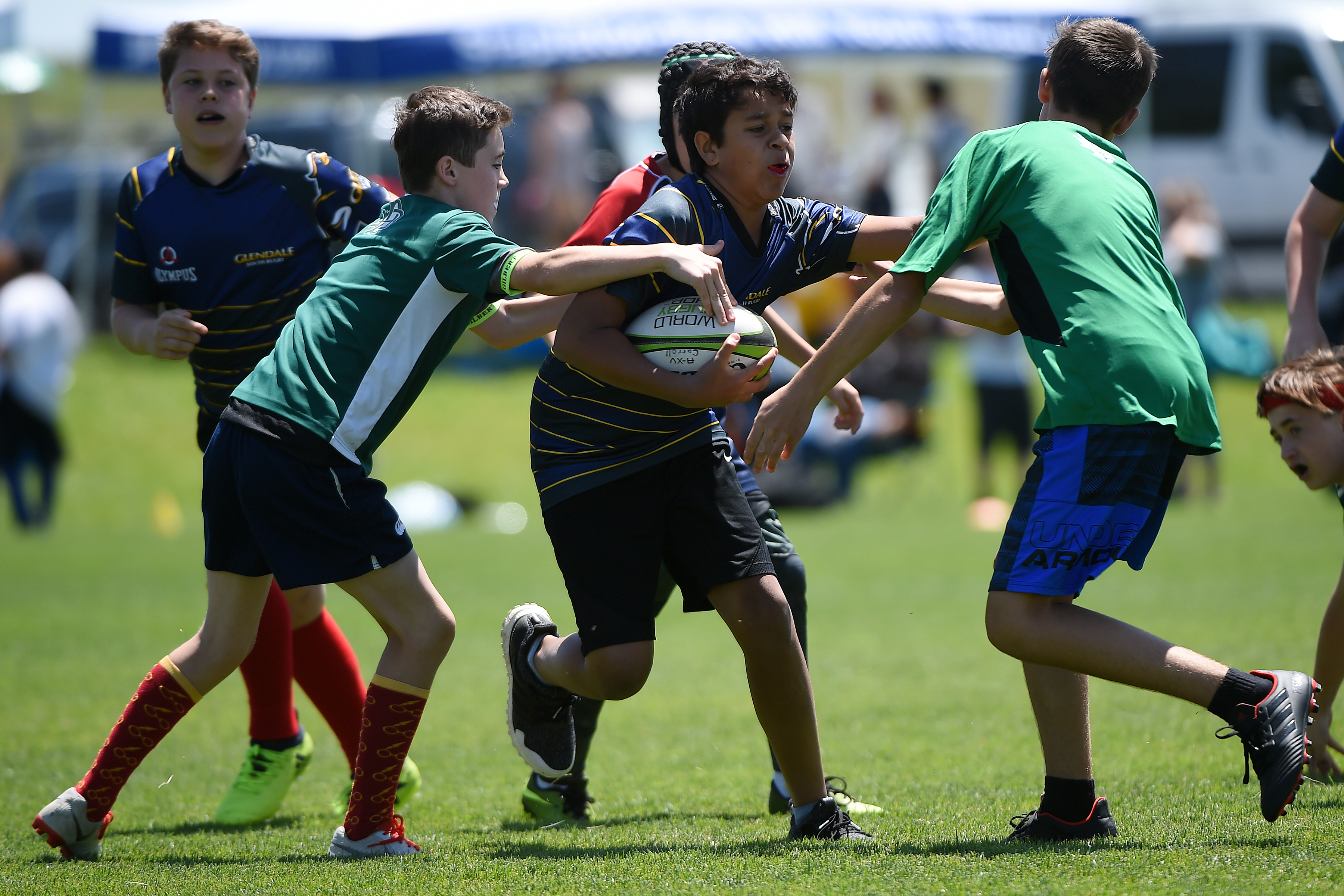 With rugby largely on hold in Colorado, Burke, Borlase, and Glendale’s Director of Amateur Rugby, Luke Gross, are keeping an eye on what’s happening elsewhere to get a feel for what may be coming their way.

“Elsewhere in the world rugby is back up and running, but they are in a different place as a country from their COVID response,” Burke says. “They’ve been able to get back up and moving. Part of it being that we are such a big country with different states being in different stages of reopening.”

Rugby-crazed New Zealand didn’t go long without its beloved sport. After shutting things down in a hurry, Super Rugby Aotearoa, a new competition made up of the five New Zealand teams that make up the regular Super Rugby competition, jumped back into action in front of a sold-out crowd on June 13.

“Obviously you’re dealing with an island that shut it down pretty quick and were pretty gung-ho to get that back going for a lot of different reasons,” Borlase, who hails from Christchurch, says of New Zealand rugby. “Super Rugby, All Black rugby, and their youth survive on playing. It’s not a profit run organization really. I know that they were in a hurry back to play. Their lockdown was pretty strict.”

All Glendale can do now is stay connected and wait for the right time to return to rugby.

“What we are doing right now is just staying connected through WhatsApp and emails to the players,” Gross says of the amateur team. “Some of them have access to gyms, some of them don’t. They do get together in small groups on their own and do things, but we’re all limited to really do anything. We are kind of waiting until we have a schedule. Once we have a schedule, we can start looking at how we are going to do this.”

No one knows how long it will be until things get back to normal. But when that time comes, rugby will be played at Infinity Park.

Those will be the days.

(This sponsored content was provided by Infinity Park at Glendale.)