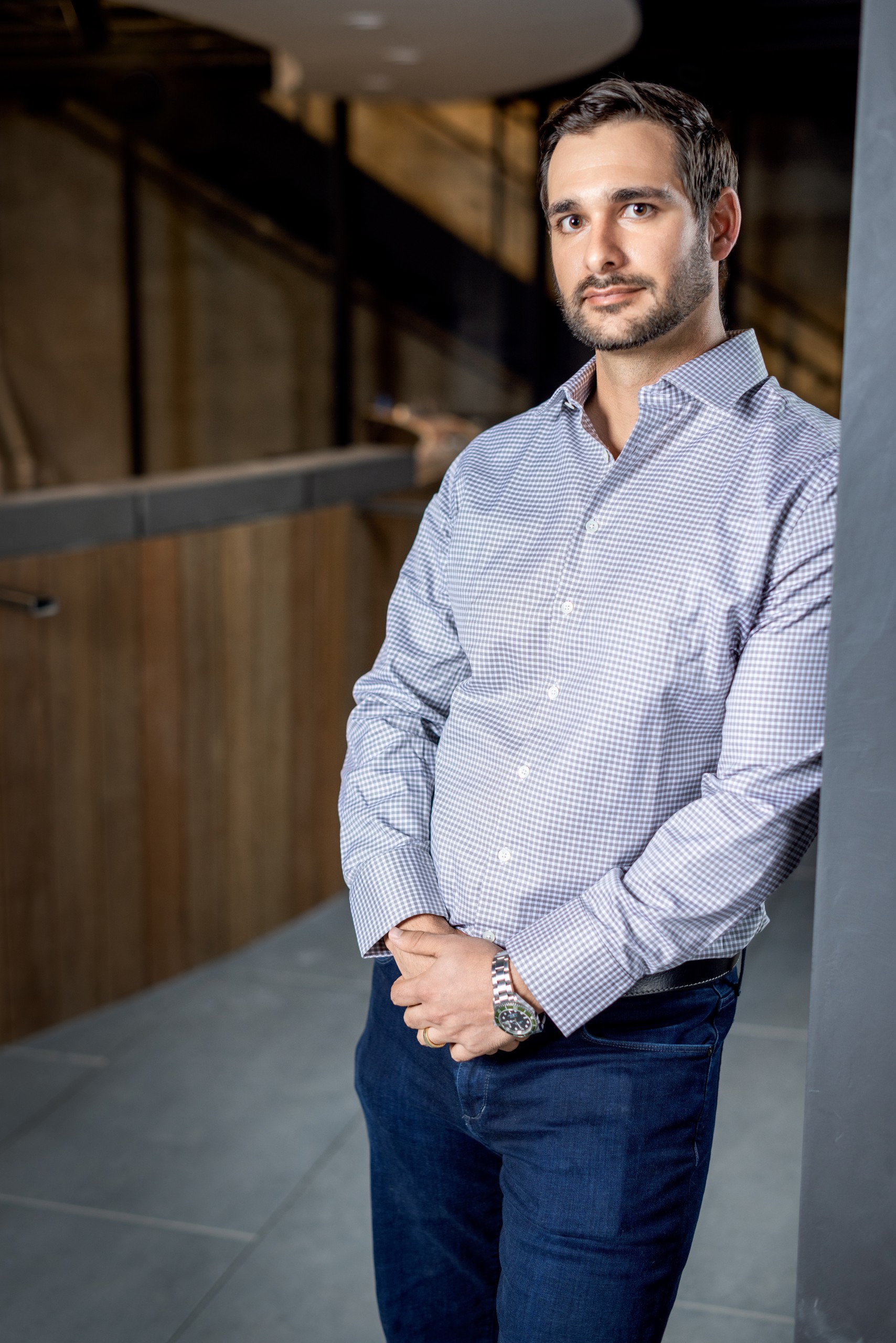 David Shirazi was promoted to senior vice president in 2021, making him the youngest senior VP in the history of JLL’s Denver office. Since joining the international real estate and investment management firm in 2013 he has been involved in lease transactions totaling nearly 7 million square feet.

Shirazi’s leadership was evident in his appointment as leader of JLL’s junior broker training program in Denver in 2019. He de-constructed the entire program and rebuilt a more interactive version of the weekly trainings when he took the role. In 2021, he was tapped to lead JLL’s training program on a nationwide basis. In this role, Shirazi is responsible for training all JLL brokers with less than three years of experience – more than 150 brokers. Also in 2021, Shirazi was appointed to JLL’s Leadership Council Advisory Board, made up of 12 young leaders at JLL from around the country. LCAB reports directly to the CEO on special projects including diversity and inclusion initiatives, attraction/retention and growing JLL’s technology tools.

Shirazi was elected president and chairman of the board for the Denver Active 20-30 Children’s Foundation in 2019 and served in that role until October of 2021. He also sits on the board of the Colorado I Have a Dream Foundation. During much of the COVID-induced quarantine period, Shirazi and his wife, Kelsey, volunteered to foster dogs through A Friend of Jack Rescue. In all, they fostered 12 dogs. 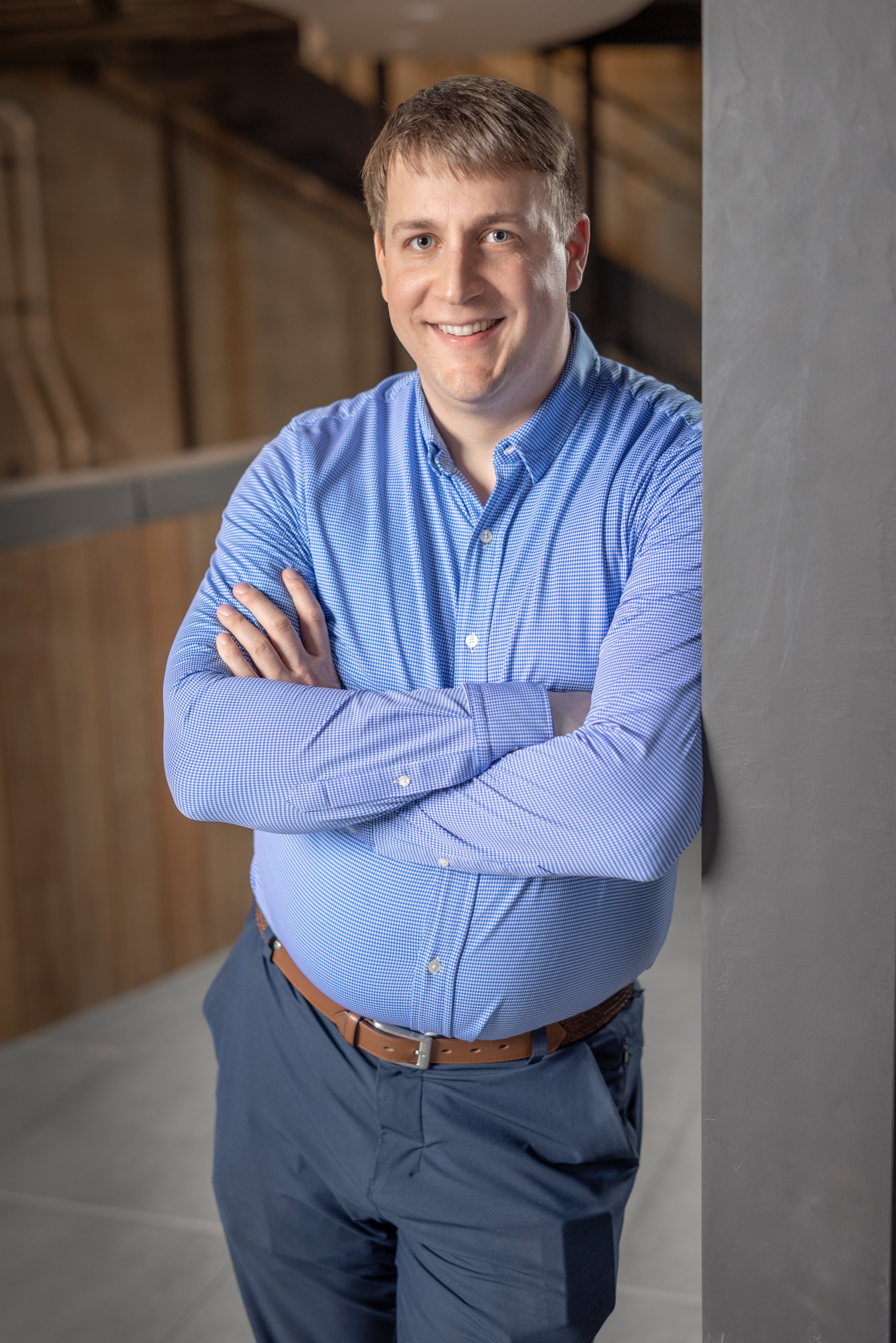 Ensemble Music Schools grew out of founder Jeff Homer’s determination to combine his hobby as an amateur musician with his professional background in investing to create a network of more than 25 music schools across the country.

Starting with the Dana V Music school in Louisville in 2019, Homer is taking mom-and-pop community music schools and bringing them into the digital age, enabling schools to stay in business and for teachers to earn a living wage, as they’re able to attract enough students to make teaching music a sustainable career.

Ensemble Connect, the company’s newest digital platform, allows more than 400 teachers across the network to stay connected virtually while also gaining valuable knowledge on music education in addition to personal, life lessons. For example, Homer recently gave a presentation to the Ensemble faculty on how to manage finances. This is just an example of his leadership and desire to empower the teachers in his network.

The pandemic proved to be the greatest challenge, yet the most defining moment for Homer and the Ensemble Schools. He started Ensemble Music Schools within weeks of the onset of the pandemic and had to shift into leader mode while still learning how to be a full-time CEO. He encouraged teachers to adapt, as the company developed a highly successful Zoom music program. During a scary time in his career, Homer summoned the courage and belief in his mission to invest in great schools, students and teachers. 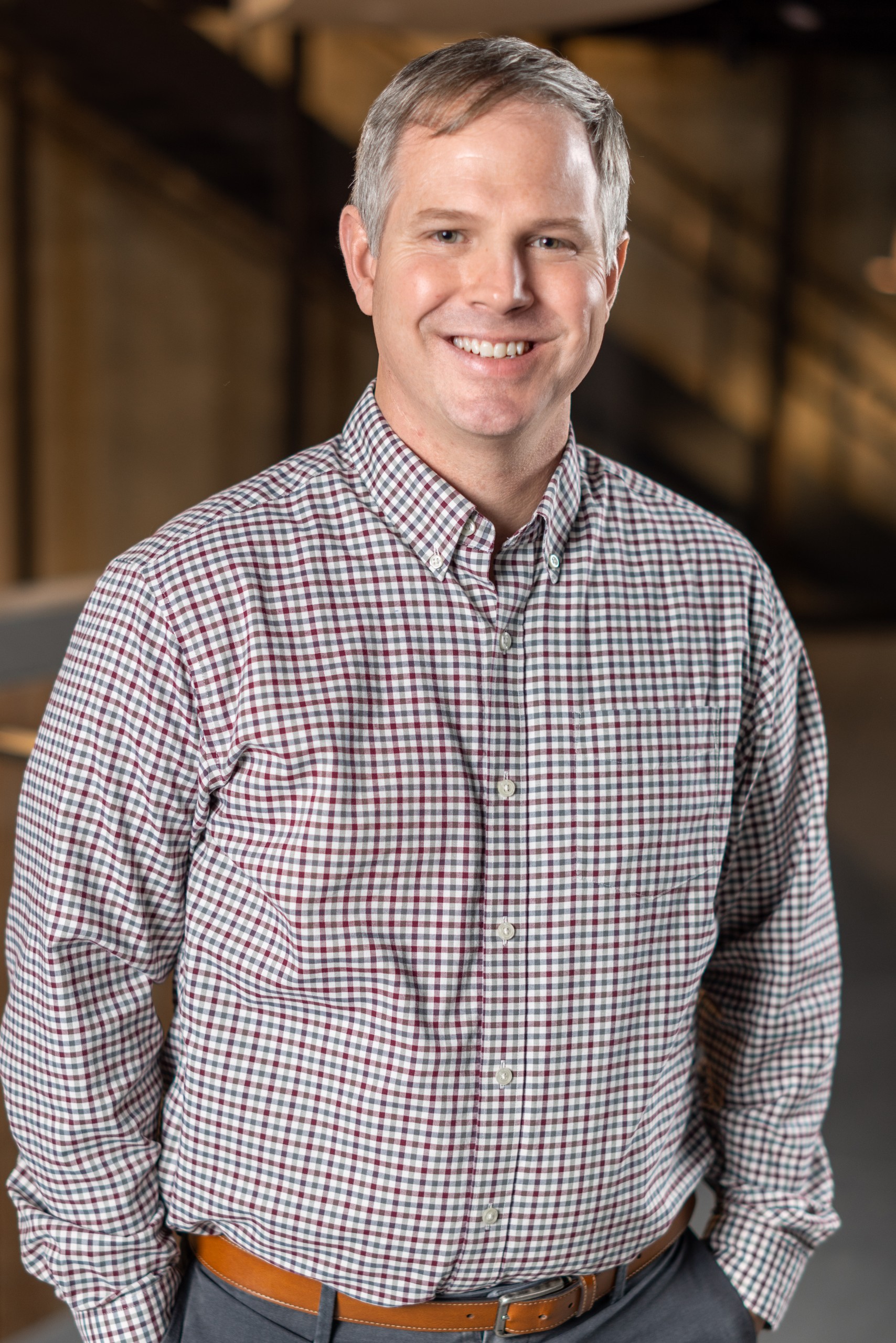 Kyle Endres, Director of Development at We Don’t Waste

Since joining Denver-based nonprofit We Don’t Waste in 2017 as director of development, Kyle Endres has redefined and reinvented the organization’s fundraising. In partnership with the We Don’t Waste team, Endres led fundraising efforts that have generated an astounding 259% increase in financial donations in four short years.

We Don’t Waste tackles the important and timely issues of food insecurity and food waste. It does so by helping reduce the environmental damage of unsold or uneaten food that would otherwise end up in landfills, and providing the recovered food to vulnerable populations across the Denver metro area and Colorado’s Front Range.

When Endres joined the organization, a team of seven worked out of a small office in Denver’s RiNo neighborhood. Since then, the team has grown to 20 and moved into an 11,000-square-foot distribution center. These changes, in addition to new and expanded offerings spearheaded by Endres, such as the addition of Mobile Food Markets and a school environmental education program, have greatly expanded the organization’s reach and impact. However, growing the team, the organization’s footprint and programming added to overhead costs, requiring consistent and continuous efforts to find new donors and revenue streams. That’s where Endres has stood out.

He leaves no stone unturned in sourcing donations from new and existing donors, developing corporate partnerships and obtaining grants that have allowed the nonprofit to maintain and expand its services.

He’s proved particularly masterful at winning grants from previously untapped sources. In 2020, when We Don’t Waste was unable to rely on in-person events and face-to-face meetings with potential donors, Endres identified and led development of a winning application for the prestigious Bank of America Neighborhood Builders grant. The award of $200,000, given over two years, came at a particularly crucial time as We Don’t Waste struggled to meet heightened community needs for food during the pandemic. 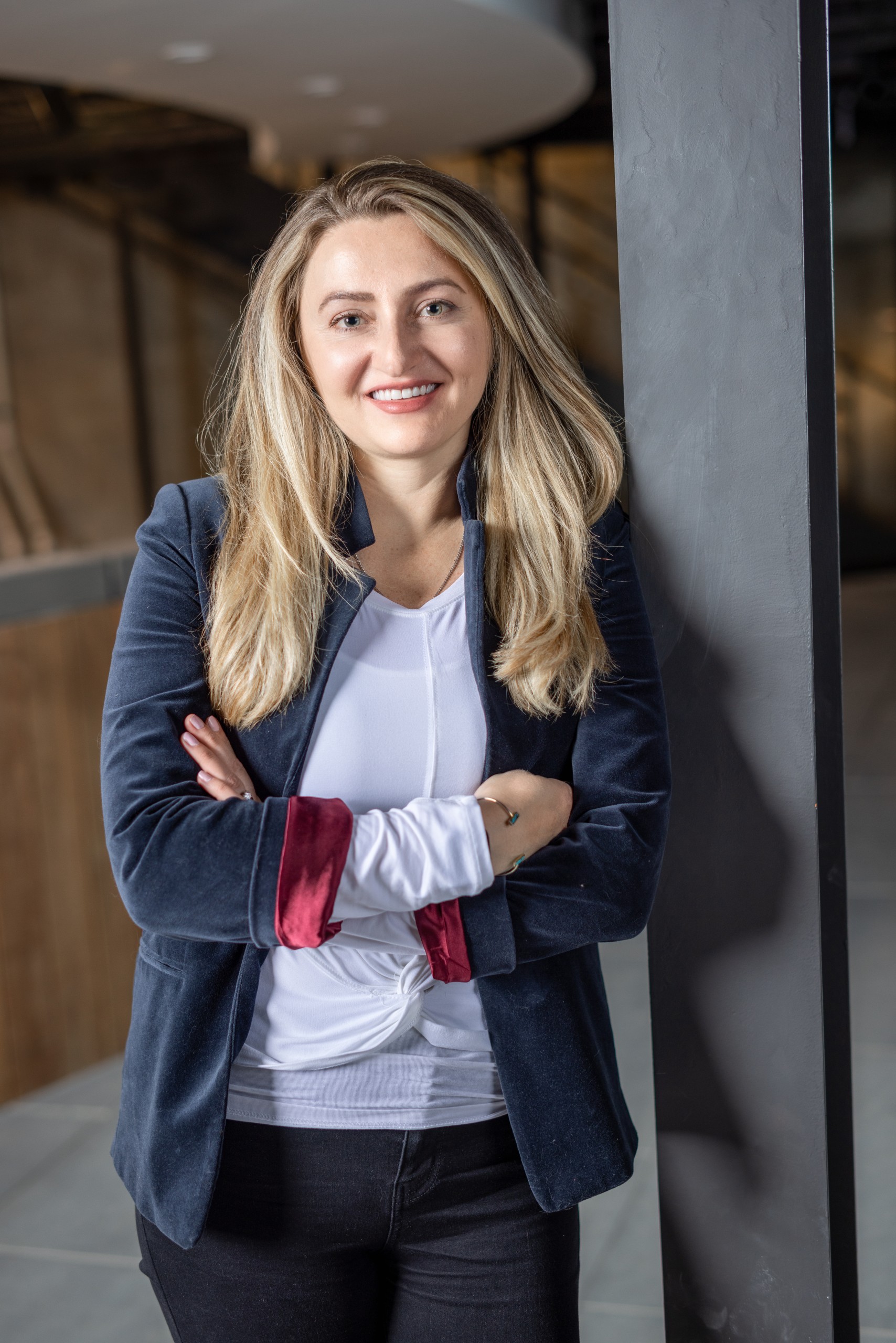 Yev Muchnik is a legal and tech futurist, a corporate and securities attorney who has taken a leadership role in many statewide blockchain initiatives, including participation in a study on how blockchain intersects with food safety and rural economic development. This study was the impetus of Colorado House Bill 19-1247, passed into law in 2019. The act directed the commissioner of agriculture to convene an advisory group to study the potential applications of blockchain technology in agricultural operations.

Muchnik is also part of the team that has initiated HB22-1053, an effort to normalize agriculture data for use in blockchain financials. She’s been both a speaker and a judge at numerous national blockchain events.

Since 2016, Muchnik has carved out a niche practice focusing on digital assets, blockchains, NFTs and smart contracts and other emergent technologies.

Muchnik was born in the former Soviet Union (Kiev, Ukraine) and immigrated to the United States with her family as a Jewish refugee when she was 6. Recently she spearheaded an effort to raise more than $15 million in support of Ukrainians.

Muchnik originally set out to be a human rights lawyer, but an opportunity arose at the outset of her law career to practice as a transactional attorney at an international law firm in Russia.

Muchnik mentors local startups and founders, with a special interest in increasing diversity and inclusiveness in the startup and tech space, particularly as it relates to access to capital. 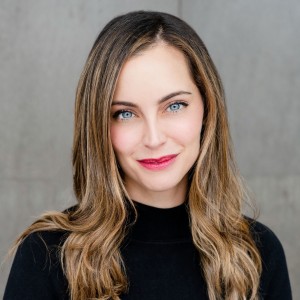 Robin McIntosh is co-CEO of Workit Health, a health-care company she co-founded in 2015 to provide online and in-person care to people recovering from addiction.

Workit is the first online addiction care intervention that is evidence-based and outcomes-driven. By providing specialized addiction counseling and an evidence-based curriculum, patients are able to moderate or abstain from addictive behaviors and live better lives.

Her varied experiences include a stint as art director for Wired Magazine, COO and co-founder of Yoga company, and co-founder and CEO of SIREN, a San Francisco-based visual and interactive design studio focused on branding and user exerience.

McIntosh serves as a mentor and board member for organizations focused on design and entrepreneurship. A frequent guest lecturer and critic, she’s spoken at the Milken Institute, Yale, Wharton, California College of the Arts, and Stanford, with a focus on design thinking and innovation as well as business strategy.