Mike Shand joined Bron Tapes as a sales representative in San Diego in 2003. The company manufactures, customizes and distributes adhesive tape of all kinds to industries ranging from aerospace to construction to film. Its Killer Red Tape is trademarked as “the world’s best double-sided tape.”

The 150-employee business now has locations in seven states beyond its Colorado headquarters, as well as Bron Aerotech and Bron Converting in Denver. Shand, who took the reins as CEO from Bron founder James Flynn in 2017, recently talked with ColoradoBiz about his career with the 45-year-old company and his plans for the future. 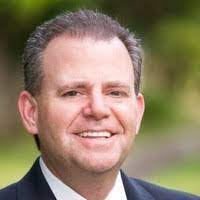 Hometown: Born in Phoenix, grew up in Torrance, California.

What he’s reading: “Sell or Be Sold,” by Grant Cardone

ColoradoBiz: How did you come to start at Bron Tapes?

Mike Shand: It was kind of a friend of a friend. At that time, I was living in the western suburbs of Chicago, and I was selling land and homes, but I did not like the cold and I missed my family. I was single at the time. This job opened up, and I was going to go start for Bron in the Las Vegas branch.

When I came back from Chicago to start my job in Las Vegas, they told me they didn’t have a spot for me, but to call our founder—his name is Jim Flynn—and Jim had a spot for me in San Diego.

Tell me about your career path. How did you advance from sales to becoming CEO?

I’m still a sales guy. That’s what I am. I’m still learning as I go, but I’m mostly geared toward sales.

The answer is: I was a rookie salesperson and did really well early on, and then our founder, my boss [Flynn], asked me to take over the San Diego industrial location, so I did that for a period of time, maybe, 10 years. During that time, I was asked to participate in our aerospace business [Bron Aerotech], so I started to wear a dual hat: I was selling and managing our industrial sales team at the San Diego location, but I was also participating in our aerospace division in a sales role.

Then, unsolicited by me, our founder, who at that time was trying to plan his succession, had looked outside the company for a potential successor, and that was not successful. Then he came to the realization that hiring somebody internally was the best path. So he showed up impromptu in San Diego one summer day along with his brother, and came in my office and asked me to take over for him. I was pretty speechless. I was not expecting it. That was about eight years ago.

For about a year, I had a high level of frequency flying back and forth from San Diego to Denver each week in preparation for moving here. Then when I moved here, they named me president of the aerospace division in preparation for this position. I ran that for a couple years and then I took over this role five years ago.

How has the company grown and changed in your tenure as CEO?

Our model used to be: For every brick-and-mortar location that we had, we had converting capabilities, meaning we have a slitting machine—or two or three—in that location. What we started looking at as we were trying to build our brand is being consistent with how the material looks, how it’s packaged, and how it’s presented to the customer. It gets a little tricky when you try to duplicate that at 10 different locations.

For us to get a really robust safety program and for us to get more efficient, we started to centralize our production. Currently, we have converting locations here in Colorado and two locations elsewhere. It’s really helped the bottom line, and it’s allowed us to become more consistent.

We were looking at three big pieces of equipment [at the beginning of the COVID-19 pandemic] that were millions of dollars, and then when the lockdowns happened, we had to make the decision of whether we were going to go forward with that investment or hit the pause button. And thank god we hit the go button and did it. Those machines are now online and bringing us a lot of value—it increased our capability and increased our capacity. As of [June 2022], we had a record-setting month—our best-ever sales and profits from all three companies, not just one.

What are the top initiatives and priorities at Bron in 2022?

Our power statement, if you will, is that we are the premier producer, distributor and converter of pressure-sensitive tapes, specialty materials, and innovative solutions in North America. That’s really what we are.

Currently, we sell into all 50 states and 48 foreign countries, but our brand is growing. Our quote-unquote law of familiarity with the customer with the Bron brand continues to grow across the globe. We’re looking at partnering with companies that supply innovative products to industry, whether it be manufacturing, fabrication, metalworking, trying to acquire new innovations . . . so that we’re ahead of our customers. What I mean by that is we’re able to provide a wider range of solutions for our customers’ customers than our competitors can.

We are going to be coming online with a full e-commerce site for BronTapes.com. We’re targeting the end of this year, but no later than Q1 of next year. That’s a big shift for us, to be able to sell online. We’re way behind the eight ball on that; we should have done it 20 years ago.

What’s your leadership philosophy? Do you have any advice for newly minted CEOs?

I don’t like to be a micromanager. I know when I’m seeing what I like and what I don’t, but you have to allow the people the ability to share ideas and to use their own creativity when it is being designed to try and help the business.

Not every idea is a home-run idea—certainly not every idea of mine is a home-run idea—but I feel like when you micromanage people, that you can get results, but they’re short-term and short-lived. If you allow the opportunity for an employee to spread their wings, to kind of make their own mark on the company, that has a greater impact—not only for the employee but for the business.

Was there a mentor or someone you learned from along the way?

Our founder, Jim Flynn, who just passed away in recent weeks. It was a blow to us. Jim used to do it all by himself. The truth is that I’ve got an incredible team, but it takes 10 of us to do what Jim did by himself.

A lot of people flew in from around the country and around the world to pay tribute to Jim. In retrospect, it was great he was able to receive that while he was still here.

Why do you like living in Colorado? What do you do when you’re not at work?

I have two young kids, so they eat up a lot of time. I’ve gotten my son into golf, so that is a nice little reprieve to go out with him on the golf course. I like to go on a getaway trip with the kids on a family vacation, somewhere generally that has a beach or a pool for us. Just spending family time would be high on the list.

I have one vice: I love the sport of horse racing, so I follow that sport very closely. I love horses and own a couple that race.

When I moved here from Southern California, people used to ask me, “What do you like better? Do you like San Diego better?” Some people would say, “Why would you ever move from San Diego?” But it’s apples and it’s oranges. It really is. One thing I would say about Colorado is that the people here are really genuine. I like doing business in the state of Colorado: People are people.

Any other comments, Mike?

I’m excited for the future. If you buy what the news says—and I follow the news from the left all the way to the right to try to get a good understanding of what’s going on in the business world—if you buy into people saying we’re going into a recession or there’s already a recession, or there’s going to be growing inflation or stagflation, the truth is that, through our 45-year history, in the toughest of times, Bron has really persevered the best. We really have. We’ve had a reduction sometimes in total revenue, but our profitability and us coming out of it on the other side, we’ve always been bigger and better.

The reason for that is: We don’t just have great products and solutions to offer our customers, it’s because of our people. We have great customer service. Our outside salespeople—we call them our application specialists—they are really experts in the area of finding the right solution for every customer.

The interview was edited for length and clarity.