How to avoid liability — a practical business lesson in challenging Aesop's "cat paw" fable in the court of law.

In one of Aesop’s fables, a monkey dupes a cat into pulling roasted chestnuts from a hot fire, promising the cat a share of the bounty. The flattered cat complies — burns its paw in the process — only to watch the monkey devour the whole snack.

This imagery has become engrained in the employment-law concept of “cat’s paw” liability, a theory by which employers can be held responsible for the discriminatory animus of biased supervisors. A recent appellate court case involving United Airlines’ handling of a terminated employee is a fresh reminder to employers on how to avoid liability under this theory.

READ —How to Manage Underperforming Employees

Most laws that prohibit employment discrimination (including harassment and retaliation) don’t create individual liability for supervisors. Aggrieved employees can sue their employers, not their supervisors.

When a supervisor wrongfully discriminates against an employee — e.g., fires the employee because of race, sex, or some other protected characteristic — that discriminatory act is imputed to the employer. That’s because supervisors usually function as agents of their employers.

That’s where the cat’s paw theory comes in. If the ill-motivated supervisor manipulates or tricks the final decision-maker — as the monkey did with the cat — then the employer can get burned. If, on the other hand, the final decision-maker acts independently, reaching their own conclusion without relying on the dishonest supervisor’s input, this can break the “causal chain” from the supervisor’s animus, and the employer can avoid liability.

That’s what saved United Airlines from a lawsuit filed by Jeannie Parker, a former call center worker for the airline. Parker claimed United wrongfully fired her in retaliation for taking leave under the Family and Medical Leave Act (FMLA). But the court held that even if Parker’s supervisor had a retaliatory motive for recommending her termination, United was off the hook because a higher-level manager conducted an independent investigation after it received that recommendation.

Specifically, the manager reviewed call recordings that showed Parker had placed customers on long holds while she chatted with coworkers about her personal problems and considered Parker’s alternative characterization of the calls.

According to the court, this independent investigation was enough to insulate United — the company went even further by letting Parker appeal her termination, which she did (without success).

The court noted, though, that merely giving employees an “opportunity to respond” is not enough to avoid liability. What matters is that the employer’s investigation is independent and does not uncritically rely on a biased supervisor’s recommendation or version of the facts.

Of course, the first and best line of defense for any employer is to have quality, trained supervisors who treat employees fairly and professionally. But when unforeseen gaps occur in that foundation, having a mechanism for truly independent investigations and decision-making can help prevent singed paws. 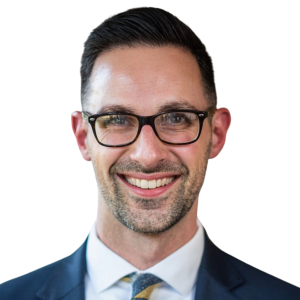 John Melcon is an attorney with Sherman & Howard in Colorado Springs. He specializes in labor and employment issues, including employment litigation, labor relations and workplace counseling.