How to find fulfillment beyond work

Through his podcast and new book, “What’s Your And?” John Garrett explores the many ways in which our outside-of-work interests make us better employees 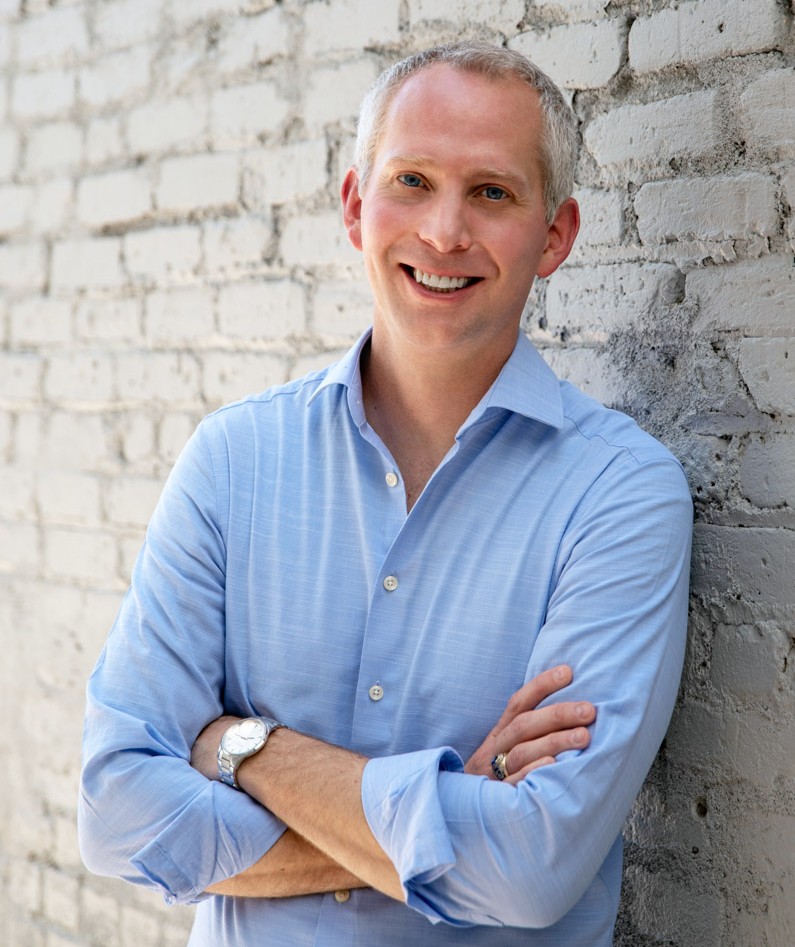 John Garrett, 44
Culture Consultant
Hometown: New Baden, Illinois
What he’s reading: The War of Art: Break Through the Blocks and Win Your Inner Creative Battles. Garrett re-reads Steven Pressfield’s short guide to creativity and self-discipline at least once a year.

From handling mergers and acquisitions for PwC to cracking jokes at major New York City comedy clubs, consultant and keynote speaker John Garrett knows firsthand there’s more to life than the 9 to 5 grind. Through his podcast and new book, “What’s Your And?” Garrett explores the many ways in which our outside-of-work interests make us better employees.

ColoradoBiz: In a profession that’s not known for harboring dramatic personalities, you moonlighted as a stand-up comedian. How’d you find your own “and”?

John Garrett: After graduating from Notre Dame, I went to PwC, then a pharmaceutical company and eventually the IU Health network. For seven years I did public and industry accounting, but there was a catch. About a year into my real career, PwC had a weeks-long training in Pasadena. You could fly home on the weekends, but I was single, so I stayed. On Thursdays, five of us would rent a car and drive to Hollywood Improv for a three-hour show that included stand-up comedians and “Whose Line Is It Anyway?” There we were with Drew Carey, and some of the stand-up acts, eh, not good. In my head, I thought, “I could be as ‘not good’ as this person.” About a month later, when I was back in St. Louis, I went to an open mic night at the Funny Bone.

CB: Stand-up comedy and accounting sound like oil and vinegar. How’d you bring these two endeavors together?

JG: So many of us are playing a part, rather than being ourselves. Just because you’re an engineer or librarian … or accountant … that doesn’t mean you can’t have a personality. When I was in accounting, my technical skills made up like 15% of who I was as a person. There’s family, friends, faith, hobbies, and yet slowly, over time, we allow work to become 100% of who we are. That’s a shame. What makes you stand out at work isn’t your end work product. Everyone’s working hard to be good at what they do. It’s personality that differentiates an employee. It’s the “and” that’s interesting.

CB: Did finding your “and” change you as an employee?

JG: Once I started stand-up, I was more confident, and I was able to create better connections with people at work. There’s expertise to be had from your outside-of-work interests. Getting up in front of strangers with the goal of making them laugh … I really have to be a great communicator with inner fortitude and guts. You couldn’t ask me not to bring those skills to my work at PwC. And if there was a presentation to give, hands down, I was the one who was going to give it.

CB: Were you thinking up jokes while reviewing a company’s tax returns?

JG: Oh, totally, all the time!

CB: Stand-up comedy sounds so exhilarating. Did you ever find accounting fulfilling?

JG: That’s interesting. I don’t think work alone is fulfilling. It’s a means to an end; it’s a piece of who you are. I also don’t think work is a black hole that takes away from your fulfillment in life. I enjoyed parts of my day job, and I think most people enjoy their jobs. But we also enjoy other things, and to act as if you don’t is the real problem.

CB: After seven years as a CPA, you dove into comedy. Walk us through your decade-long stand-up career.

JG: In 2005, I became a full-time touring comedian. I’ve been on the “Bob & Tom Show,” and I did comedy clubs across the country. The first three years, I was always hustling, trying to get 50 jobs a year. I’d drive to a club for three or four days, do the shows, go back home to get my mail, and repeat. I moved to New York City in 2008, and was there until 2015. I had some pretty cool near-misses. I was on the radar for a spot on “The Late Show,” for example, and then David Lettermen retired.

CB: What’s it like when your “and” becomes your job?

JG: Even though I quit my day job, that’s not what I advocate for. Your hobby is your hobby. When your “and” is your job, it still brings you joy, but in a different way. I also love eating local ice cream and watching college football, so that was there to keep me balanced.

JG: After two pretty awesome near-misses, I realized I didn’t control my own destiny in the entertainment world. It was frustrating. At the same time, I also realized that my people are here in the corporate world. I can do a show at Comedy Works and make everyone laugh, but where I can really make a difference is in the corporate space.

CB: After stand-up, did public speaking feel like the next logical thing?

JG: My comedy was always clean, so when I was a comedian, I’d do after-dinner entertainment for CPA galas, and I emceed at conventions. But I didn’t get my arm bitten off by a shark, or overcome adversity. I’m just a guy. Then, five years ago, at a huge conference, something happened that pushed me from after-dinner entertainment to being a speaker who actually had a message.

JG: I was speaking at a pretty huge conference. There were something like 900 people in the audience, and a former colleague, Mark, from PwC, remembered me as “the guy who did comedy at night.” He’d seen me perform in the very beginning, back when I was terrible. And 12 years later, that was the thing he remembered about me. He didn’t remember my strong resume, or how I’d busted my butt all day in the office. That’s when I realized that we all work hard. We’re all good at our jobs. But just being good at your job isn’t enough to achieve the recognition we deserve. It’s our hobbies and outside of work interests that really make us stand out. Being good at your job is important, but it’s not the differentiator.

JG: Take an organization. Remove everyone from that company, and put in new people with the same technical skills, education and certifications. The widgets are still being made, but it’s a totally different company made up of different people with different personalities and different outside-of-work interests. When I ask companies to tell me about their differentiator, some will say it’s their work product. Usually it’s not. Other companies will say it’s their people, and often they’ll point to the technical skills their employees possess. But really it’s not their people’s technical work skills at all. It’s their people’s passions and outside-of-work interests that make a company great.

CB: Give us a spoiler. How can companies nurture the outside-of-work interests of their employees?

JG: It’s not a one-size approach. In the back of my book, I give examples of various things I’ve seen work in the real world. For example, at every company meeting, ask an employee to do a three- to five-minute presentation on their “and.” You can frame it as public speaking if you need HR to get off your back, but what you’re actually doing is bringing people closer together. As a company leader, start to take a general interest in the people around you. Ask an employee, “What lights you up?” Also, it makes a difference when leadership models behavior, so start painting again, or learn how to make kombucha on the weekends.