In Colorado’s peach country, it was a rough summer 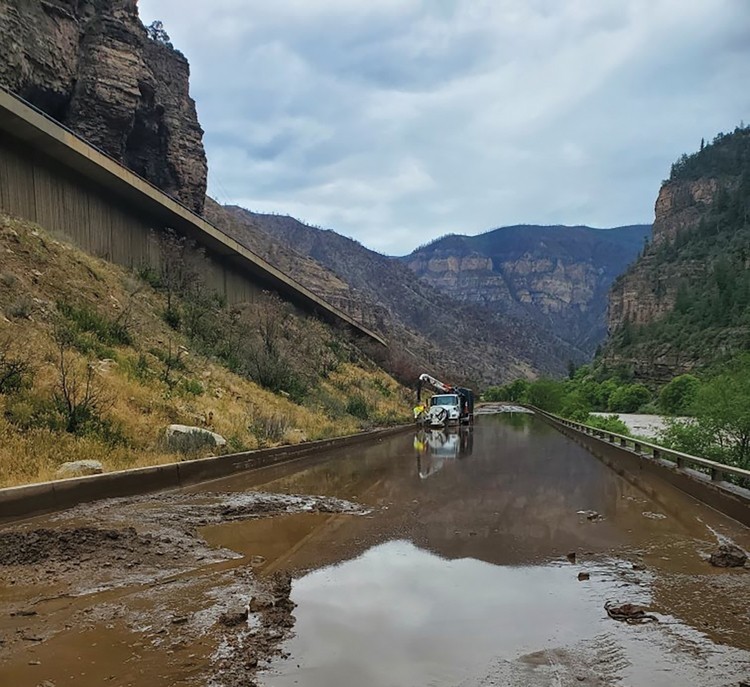 In Colorado’s peach country on the Western Slope, there’s an expression about “putting stuff on wheels.” It means getting the product to market. In that regard, it was a rough summer.

First came the national truck and driver shortage. Then Glenwood Canyon was closed for about three weeks. Some corn was left unpicked. And if no peaches were left hanging, the margins were shaved.

The experience reminded Coloradans on both sides of the Continental Divide of our dependency on Interstate 70, the state’s only four-laned east-west highway. The experience also re-ignited conversation about improving a narrow, winding alternative to Glenwood Canyon.

Grand Valley growers mostly contract with truckers. The shortage drove prices higher. Bruce Talbott, whose 400-acre peach-growing operation at Palisade is the state’s largest, says it normally costs $3,000 to $4,000 to ship a load. The cost this year rose to $6,000 – and on one shipping day, the truck never arrived because somebody else had bid $10,000. It was cheaper to send the peaches box-by-box by FedEx, he says.

Then came the debris flows in Glenwood Canyon, the result of last year’s highway-closing Grizzly Creek wildfire and this year’s torrential rains. I-70 through the canyon was closed to all traffic from July 30 to Aug. 14, peak season for sweet corn, peaches and tourists. “It felt like forever,” says Eagle County Commissioner Kathy Chandler-Henry.

Truckers found the best alternatives still wanting. They involve driving either through Steamboat Springs or through Gunnison. The former, if scenic, turns a five-hour trip into a nine-hour trip, and the latter almost as much. That can also force drivers into overnight stays in metro Denver.

“It is not insurmountable, but it is expensive, and it is an additional challenge that we wish were not there,” says Talbot, the president of the Colorado Fruit and Vegetable Growers Association. His family’s operation yields about 8 million pounds of peaches each year, about 25% of it delivered to Colorado’s Eastern Slope.

At Olathe, corn grower Reid Fishering reports he left more than 150 acres of corn standing because of lack of wheels to market.

Steve Ela every Friday drives a truck with apples, pears and other fruit from his Hotchkiss orchards to the seven weekend farmers’ markets from Fort Collins to Denver. He added 90 minutes each way with Glenwood Canyon closed. This was on top of adverse weather that caused him to lose 80% of his apples and 90% of his peaches.

Closing of I-70 diverted traffic and attention to Cottonwood Pass, a 26-mile route between Gypsum and Glenwood Springs that in the early 1960s was briefly considered as the interstate route.

Today it remains open only from April to November and, because of steep grades, blind corners and non-existent shoulders, cannot accommodate vehicles longer than 35 feet.

The Colorado Motor Carriers Association calls for a truck-friendly upgrade to Cottonwood Pass.

Greg Fulton, the president, says a state analysis that showed a 2-to-1 cost-benefit ratio greatly understates the benefits. Colorado “needs to consider and move forward with a detour (over) Cottonwood Pass as early as possible,” he says.

Quickly is almost certainly not in the cards, though. Federal funding – crucial to the project—would trigger rigorous environmental analysis. And not everybody in the affected areas wants to see their country road get interstate-like traffic with stuff on wheels.

County governments in the Eagle, Glenwood Springs and Aspen areas have talked for years about improvements. Many people commute across county lines, today mostly through Glenwood Canyon. Creating two 12-foot lanes would cost $66 million for just the Eagle County component, according to a 2010 study. Even the bare-minimum safety fixes would cost $11 million to $15 million.

The local governments have adopted no formal position but seem to favor more limited upgrades that would accommodate neither peach trucks nor Greyhound buses.