How the Inflation Reduction Act May Impact Your Business

The Inflation Reduction Act (IRA) became law on Aug. 16, but some have criticized it as another round of spending in an already inflated economy. Still, others saw it as a necessity for the future of the country.

When asked about the implications of the IRA, Larry Summers, the former treasury secretary under both presidents Clinton and Obama and one of the key drafters of the Inflation Reduction Act said, “We will bring down prices, particularly of pharmaceutical goods, by using the government’s purchasing power more effectively to procure at low costs. So, the net effect of this bill is going to be to reduce inflation, while at the same time doing very, very important things for the environment, very important things for fairness and access to health care, doing very important things in terms of strengthening the tax system by assuring that all who should pay, do pay.”

The question many business owners are wondering, however, is how the IRA will impact their business. The answer is in the key items addressed in the IRA: taxes, audits, credits, and climate change.

READ — What Does a Recession Mean for Your Finances?

Some view the AMT as an additional complicating factor to the already intricate U.S. tax code in the form of the new AFSI test. However, Reuven Avi-Yonah, director of the International Tax LLM Program at the University of Michigan and a world-renowned tax expert, curbs the criticism by noting that this measure will only impact approximately 125 large corporations that “can afford the complexity in the sense that they can pay the best accountants and tax lawyers to deal with this.”

Other than the additional complexity of calculating a corporation’s tax liability, the new AMT could play a role in the M&A market. Large corporations would likely attempt to reduce AFSI by acquiring growth companies because such companies “often have large annual revenue growth rates but little or no net income for GAAP or IFRS purposes” or through “spinoffs and other corporate breakups (i.e., taxable or tax-free dispositions of noncore assets) [that] will also reduce AFSI.”

Thus, the new AMT could provide creative opportunities in the M&A world for large businesses looking to reduce their AFSI by acquiring small growth companies or by breaking existing business branches out of their corporate structure.

One of the key items in the Inflation Reduction Act that received much media attention is the additional $80 billion in funding to the IRS, $46 billion of which is designated for enforcement that will result in an estimated 87,000 new IRS agents and staff members.

Increased funding for the IRS has been a long time coming. The IRS claims it has been underfunded and understaffed for decades and in desperate need of more personnel and updated technology. The new funding, however, heightened the concern among individuals and business owners of increased audit risk. Nevertheless, many of the bill’s authors and IRS Commissioner Charles Rettig promised the public that only households that earn over $400,000 would be subject to increased audit scrutiny.

To provide further assurance to the public, Treasury Secretary Janet Yellen, in a letter to Rettig, explicitly directed, “Any additional resources — including any new personnel or auditors that are hired — shall not be used to increase the share of households below the $400,000 threshold or any small businesses that are audited relative to historical levels.”

Yellen’s letter is a clear declaration of intent by the Treasury for its audit treatment of individual households. However, the letter leaves some unanswered questions regarding small businesses. Yellen does not determine what qualifies as a small business. Would the IRS auditors decide for themselves before reviewing businesses’ returns? Does the Treasury or the IRS have an unpublished threshold for auditing small businesses, and if so, what is it? Are we likely to see an increase in audits for smaller businesses, or is that, once again, a concern for only very large corporations?

These questions remain unanswered, but it is fair to say that we will likely find out within the next tax year or so.

According to the OECD R&D Tax Incentive analysis in 2021, between 2000 and 2018, the number of R&D tax relief recipients in the U.S. more than doubled from 10,500 recipients in 2000 to 26,000 in 2018. Companies with gross receipts of less than $50 million a year accounted for approximately 70% to 75% of the total recipients. However, despite the increase in R&D tax relief recipients in the past 20 years, the total use of the credit remains fairly low. From my personal experience working as a tax consultant for over two years and reviewing hundreds of transactions and tax returns, I can say that most of the R&D credits claimed by small businesses are in the tens of thousands. One of the reasons for the low threshold is that R&D credits are fairly difficult to claim and are often subject to audit. Claiming R&D credits require a business to go through at least an internal study or preferably hire an outside expert to do the same. This fact deters many businesses from claiming the credits.

Nonetheless, with the right knowledge and preparation, claiming R&D credits could still be possible and worthwhile. Small businesses should be aware of the new changes to the law and understand the rules and regulations for claiming R&D credit.

According to the White House, “The Inflation Reduction Act represents the most aggressive action to combat the climate crisis and improve American energy security in our nation’s history.” The assertion made by the executive branch is that the IRA would cut social costs related to climate change by up to $1.9 trillion by 2050, with the ambitious goal of reducing greenhouse gas emissions by 40% in 2030.

The Inflation Reduction Act allocates approximately $370 billion to climate change-related projects. Such projects may include, among others, air quality monitoring, assisting farmers in shifting to sustainable practices, research in climate impact on agricultural practice, endangered species recovery plans, and protection and restoration of coastal communities and ecosystems. It is important to note that businesses operating in the renewable energy environment may benefit from the additional IRA funding that authorizes billions in federal loans and loan guarantees “for energy and automotive projects and businesses.”[3] To emphasize the impact of the new federal funding on renewable energy projects, Dan Reicher, a former assistant energy secretary under President Clinton, said, “[This is a sleeping giant in the law and a real gold mine [emphasis added] in deploying these resources.”

Businesses should, therefore, be mindful of the new opportunities presented by the IRA and estimate whether they can benefit from a federal loan to fund a climate change-related project.

However, the same cannot be said for businesses operating in the oil and gas industry. The latter will see an increase in the Superfund Tax from 9.7 cents a barrel to 16.4. This might be regarded as a negligible amount but such that could have an aggregated impact on oil and gas producers.

The White House, along with the drafters of the IRA, made two important claims about the bill when introducing it to the American public. First, the IRA is an aggressive and ambitious act that will fight the climate change emergency; second, the investment the act provides will eventually reduce consumer prices and consequently bring inflation down.

Our analysis focused only on the key elements addressed by the IRA and what they mean to the everyday American business owner. Though the criticism of the bill may be valid, we can hope that the new investments, along with the additional tax measures and credits, would incentivize the market, encourage investors to increase M&A activity, and provide new opportunities and relief to businesses suffering from the high costs due to inflation.

However, appreciating the implications of the IRA would require business owners to give up a precious asset – time. It may take a few months or even more, and we can only hope that the legislators’ intent will indeed come to fruition in the near future. 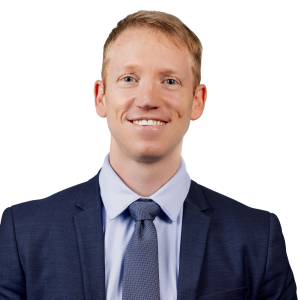 Evy Duek is a corporate attorney with Sherman & Howard LLC in Denver. Evy has extensive knowledge of M&A deals from a legal and tax perspective.