Find joy in these unique products made in our state 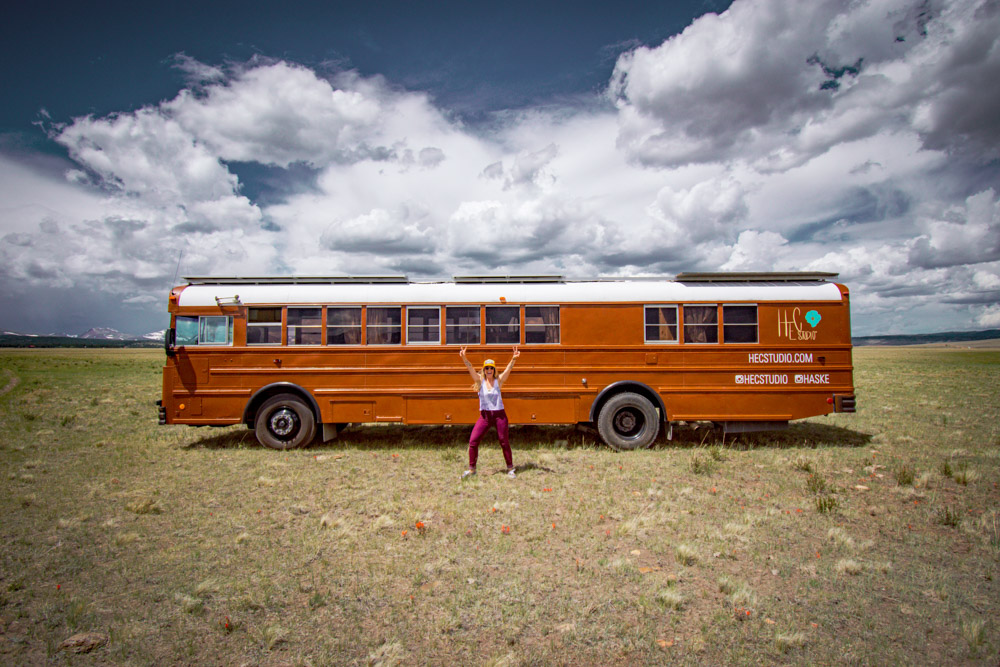 About a decade ago, Sarah Haske says she was experiencing “hard times” and looking for a creative outlet. “I went to a thrift store and said, ‘What’s going to be my canvas?’ I found a blank trucker hat.”

Based on the inconsistent quality of thrift-shop trucker hats — “Used hats are pretty used,” Haske laughs — she quickly moved to blank hats and began sewing fabric on in appliqué style to create 3-D scenes. “It’s very much a dying art,” she notes.

Subsequent to a stint in Costa Rica, Buena Vista native Haske returned to Colorado and decided to take her hat hobby to “the next level” in 2014. “I bought a 40-foot school bus and converted it to my tiny home and studio,” she says. Lucy the Bus is now a regular on the art festival circuit, complete with solar panels, an industrial sewing machine, full kitchen and a “cocktail patio” on the roof.

Using repurposed and recycled fabric, her designs have evolved from Colorado flags to more abstract images and mountain landscapes, but they all have one thing in common. “Every hat I make is one of a kind,” Haske says. “Literally every hat has a story.” 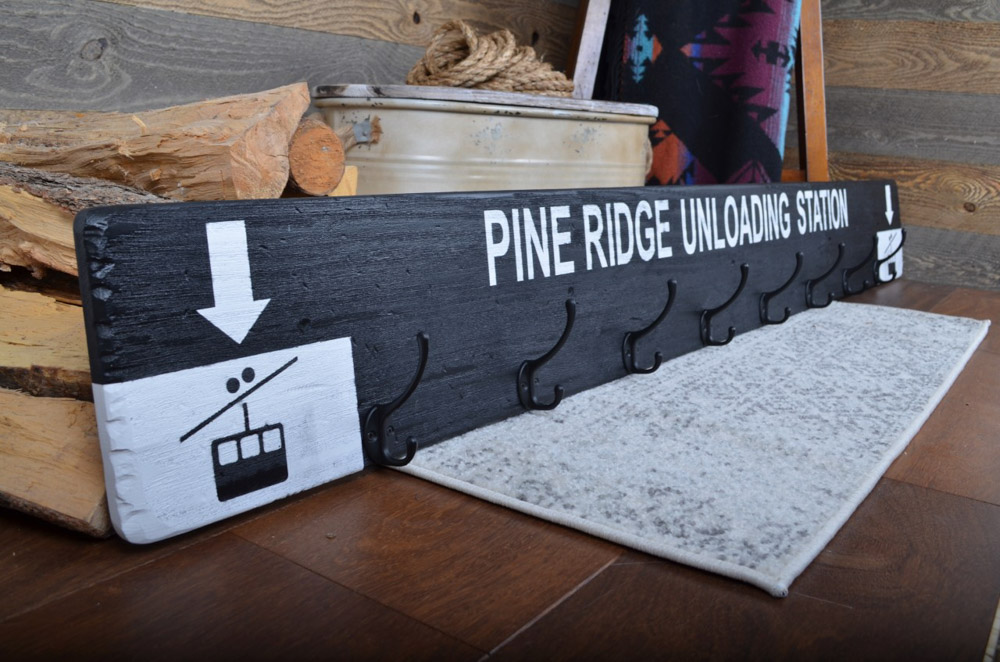 After 17 years in compliance, Chris Loffredo left his job at Charles Schwab in 2018. “I just got fed up with working for corporate America,” he says.

The New Jersey transplant and avid skier started making ski signs for friends on a lark. “They complimented me on them and said, ‘You should turn this into a business.’”

Loffredo now sources wood from a local lumberyard, cuts it to size and distresses it, then hand-paints custom messages — kids’ names to favorite ski runs — with the help of vinyl stencils. “Everything’s made from scratch,” he says.

The Single Chair catalog has expanded into coat racks and ski racks, but the signs remain his bread and butter. “Our sales are going up and up and up,” Loffredo says.

» $50 and up
» Made by Single Chair Studios, Highlands Ranch 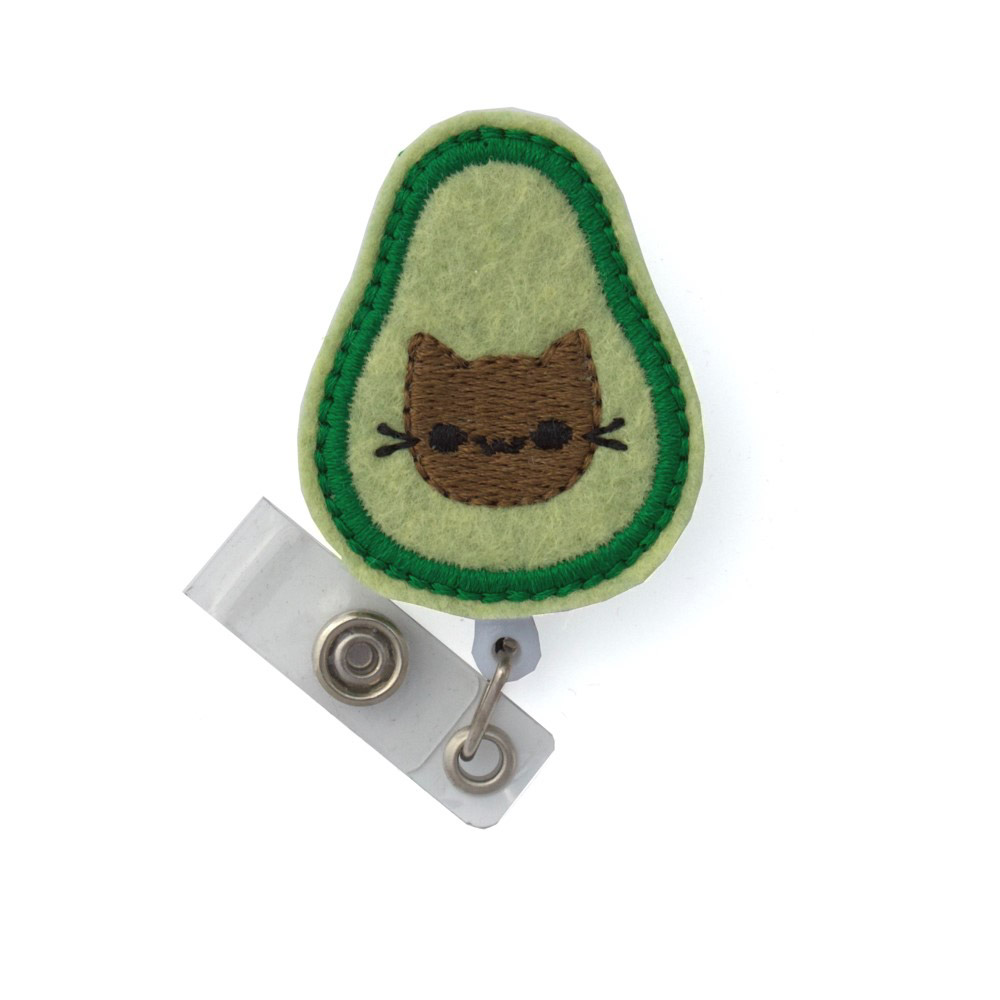 Andrea Engelbrecht started making embroidered badge reels for nurses and other health-care professionals as a hobby in 2017. “I got an embroidery machine, very small, and kind of got addicted,” she says. “I have an industrial machine now, and it’s a real business.”

Her market has broadened to anyone with a badge, including teachers, students and many other professionals. While the mission of making “cute things that make people smile” hasn’t changed as sales have grown, almost everything else has. “It’s gone from a hobby to hiring a CPA and all the things you think about with a company,” Engelbrecht says. “It’s a completely different mindset now.” 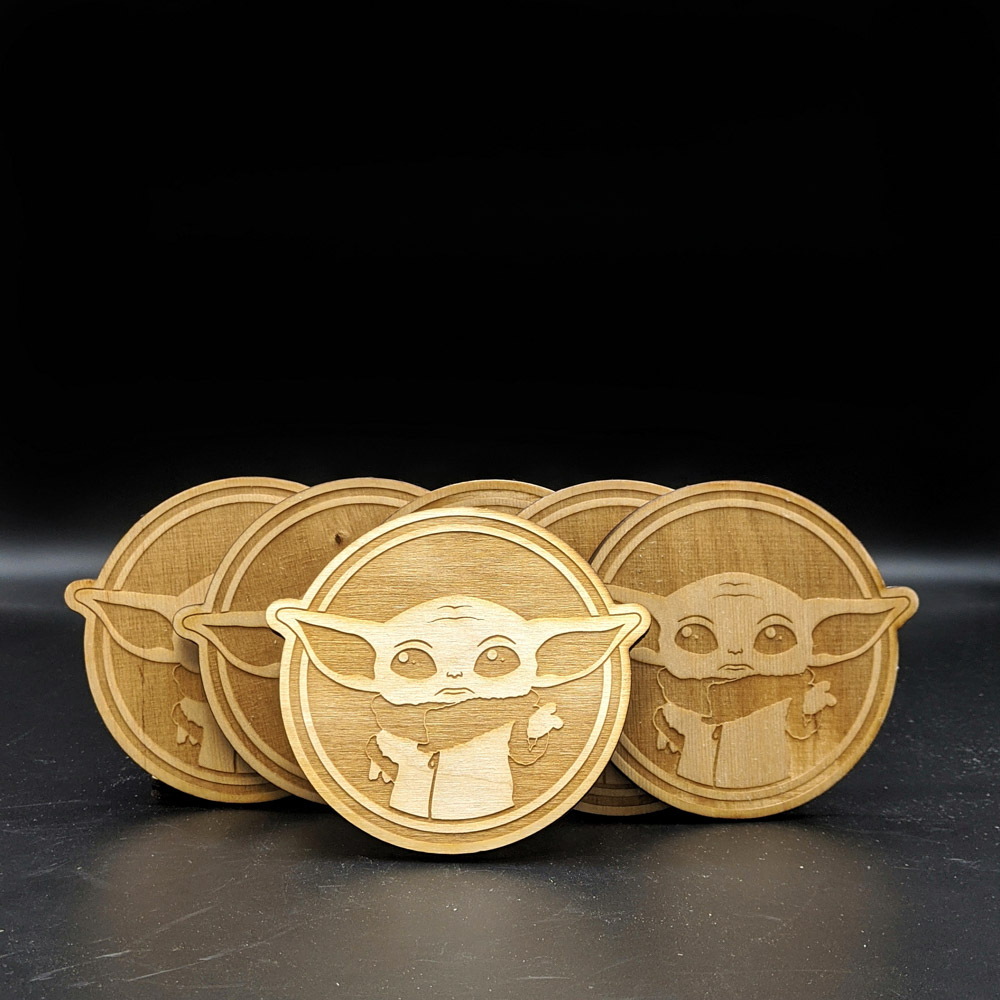 With a tech background, Lumengrave co-founder Ben Tyson wanted to reduce his screen time. “I was looking to do something that used my hands more, something more tangible than web code,” he says.

Armed with a laser engraver, Lumengrave launched with custom puzzles, bookmarks and drinkware. “That was phase one,” Tyson says. “We branched out and started being the production partner for bigger companies.” That meant engraving leather journals, power chargers, tumblers and corporate gifts.

Lumengrave also started working with another Colorado company, Outward Cartography, to engrave maps on drinking glasses and other products. A new line of coasters and cups emblazoned with Star Wars and Marvel fan art has also gained a following. “Right now, our pop culture merch is probably what’s popping the most,” Tyson says.