Made in Colorado: One-of-a-kind running jackets, wind chimes and more

A medley of stuff from the centennial state

“I’ve always loved fashion,” says founder Sarah Vander Neut. “My mom taught me how to sew in rural 4-H and my dad was running for Nike in Oregon.”

The two worlds led directly to her sewing running jackets when she was pregnant with her first daughter about a decade ago. “I had to make a few for myself because nothing fit,” Vander Neut says. People who saw her running in her jackets “loved them,” she says. “The lightbulb went on for me.”

Using surplus fabric and scrap from other companies, Vander Neut made more than 1,000 unique Vander Jackets in her first nine years in business. “Every one is different,” she notes. “It is a Denver microbrew, so to speak, for clothing.”

She continues to sew her one-of-a-kind (and often custom) jackets by hand but works with a local cut-and-sew contractor for a new retail line. “USA-made athletic apparel is really rare,” Vander Neut says. “That’s what makes it special.” 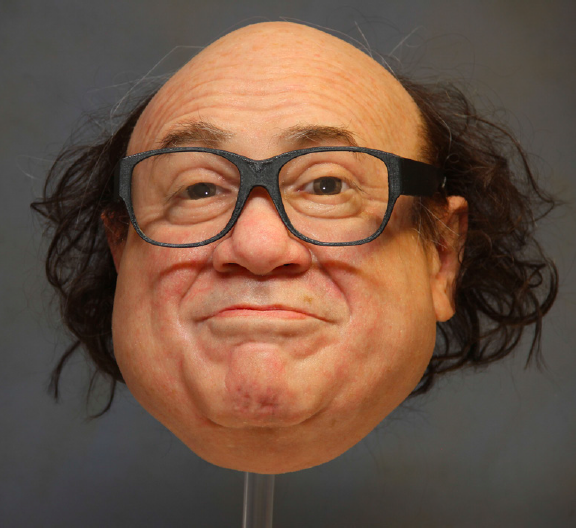 Landon Meier started making “hyper-realistic” baby masks circa 2001, then soon turned his eye to remarkably lifelike masks of celebrities like Mike Tyson and Charlie Sheen. He caught the attention of late night TV in 2013 with a Walter White mask worn by Bryan Cranston of “Breaking Bad.” Last year, Danny DeVito wore a Hyperflesh mask of himself on “Jimmy Kimmel Live!” The resulting viral videos catalyzed sales. “I can ride that fame for a while,” Meier says.

Meier has since made spot-on masks of politicians and characters like Dwight from “The Office” and Tyrion from “Game of Thrones.” “The sculpture always takes the longest,” Meier says. “I’m trying to get a particular expression, an expression that embodies that person or character.” He says smiles on his masks can be subjective, noting Mike Tyson’s grin is “friendly and menacing at the same time.”

Next up: a “classic Hollywood character,” possibly Nick Cage or Steve Buscemi. But not the Tiger King: “A lot of people wanted me to do Joe Exotic. He’s quickly fading.”

In a previous career, Bryan Gunsher played guitar for jam and reggae bands in California. Around 2005, he says, “I wasn’t playing out as much and I still wanted to do something musical, so I learned how to make guitar pickups.” Not any old pickups, but pickups modeled after the P-90 first made by Gibson Brands in 1946. “People love the sound, but it won’t fit in many guitars,” Gunsher explains, noting that his BG Pups are compatible with common guitars, not just Les Pauls and Gibsons.

Since 2013, he has used a custom-made machine to wind the wire after initially hand-winding every pickup, increasing his output by a factor of four and saving his back in the process.

Gunsher, who moved to South Park in 2015, has made about 1,000 pickups in his career. Some have been used onstage by guitarists with Fleetwood Mac, Kid Rock, and the Wallflowers. “Right now, I’m absolutely slammed,” he says. “All these guitarists are stuck at home with their guitars.” 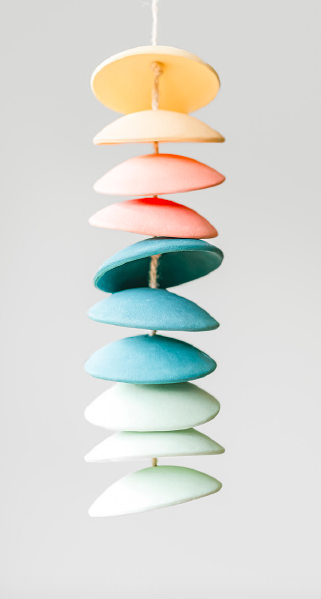 “In the design world, you would call me a maximalist,” says Lindsey Bricker, a professional ceramicist since the early 2010s. That aesthetic led to pieces with a “layering of patterns and colors and textures,” including her flagship line of wind chimes. “Construction-wise, they’re upside-down dishes with a hole punched in them so you can string them together,” explains Bricker.

Place two or three strands a few inches from each other, and the discs audibly collide in the breeze. She offers catalog and custom colors, and often makes customers chimes with their favorite team’s colors or to match a holiday.

Bricker moved her kiln from her basement to a Longmont studio three years ago. Now she has two employees helping her fire more than 1,000 discs a month. “We are working at full capacity,” she says.