Mici Handcrafted Italian has grown to seven locations since three siblings from Florida opened the first restaurant in Denver 18 years ago, and the family business is on the verge of getting much bigger.

The tagline, “REAL FAMILY. REAL FOOD. REAL ITALIAN,” is not just a branding slogan for the business, which ranks No. 31 on this year’s ColoradoBiz Top 50 Family-Owned Companies list, with 140 employees. In 2004, when siblings Jeff, Michael and Kim Miceli opened the first Mici (an abbreviation of their surname), they summoned their father, Jerry Miceli, renowned for his Italian cooking and keeper of the family recipes. 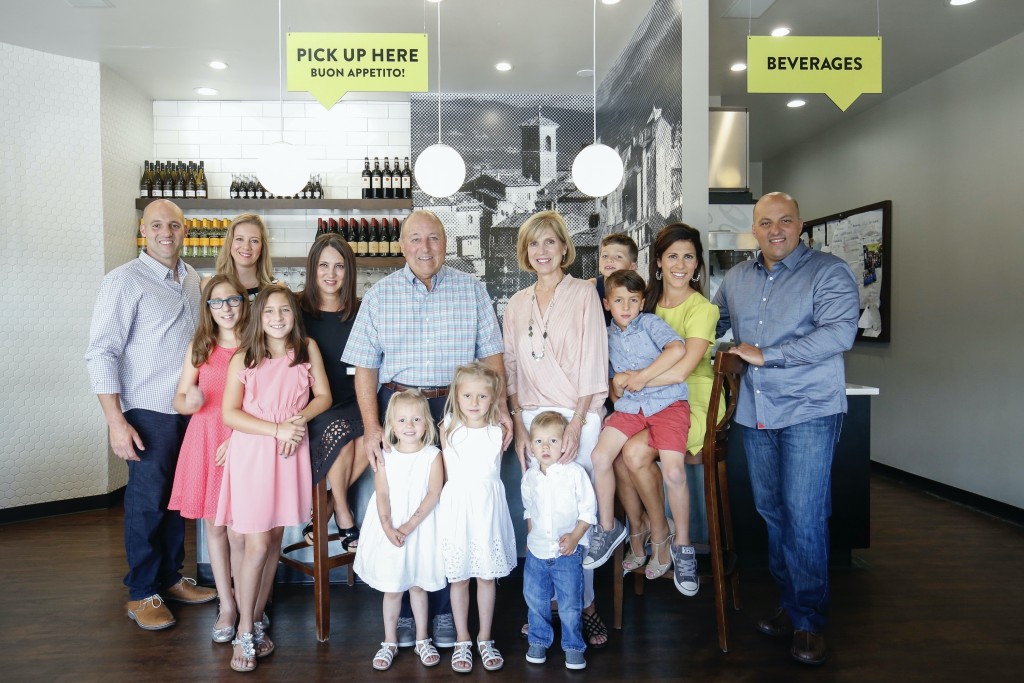 The family recipes of Jerry and Rosalie Miceli (center) were the inspiration for Mici Handcrafted Italian, founded by their two sons and daughter and enjoyed by a third generation. (photo by: Adam Larkey)

Even as CEO of a Florida securities firm, Jerry Miceli pursued his passion for cooking, even traveling to Italy and attending cooking schools there to expand and perfect his craft. Jeff Miceli recalls back in his high school days when his senior prom was approaching, his friends urged him to get his father to cook dinner for them rather than gathering at a restaurant. Jerry obliged them.

“My mom’s a good cook, too,” Kim Miceli is quick to add. “But my dad has a passion for it. I mean, he still cooks for my mom every night. Every holiday, every special occasion, it’s my dad. So these are all family recipes from him, and my mom had some family recipes that he took over and continues.”

The only problem with duplicating these recipes for a restaurant was, as with many accomplished cooks, Jerry Miceli’s recipes weren’t written down. So as he demonstrated how he prepared his sauces and other key items, the three fledgling restaurateurs stood behind him in that original Mici kitchen, watching carefully and taking notes. 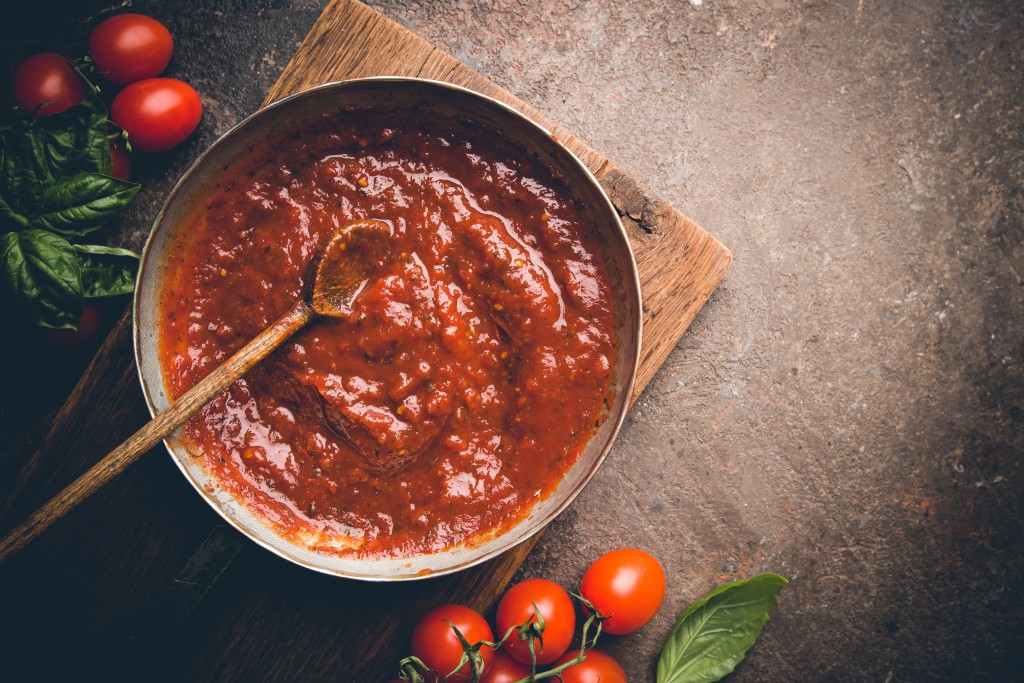 “I had it all set up,” Jeff, now 50, recalls. “Scale, measuring cups, everything. He would add something in, and I’d measure it, put it on the scale, write it down. And then I’d get busy doing something else. I’d look over … ‘Dad, wait! Hold on! The scale, the scale!’”

Still, the impetus for Mici Handcrafted Italian didn’t actually begin with perfected family recipes, but with takeout and delivery pizza. After graduating from the University of Florida with a degree in economics, Jeff moved to Orlando, where Michael, two years younger, was still a student at the University of Central Florida, majoring in hospitality management. Together they opened one pizza shop, then a second. 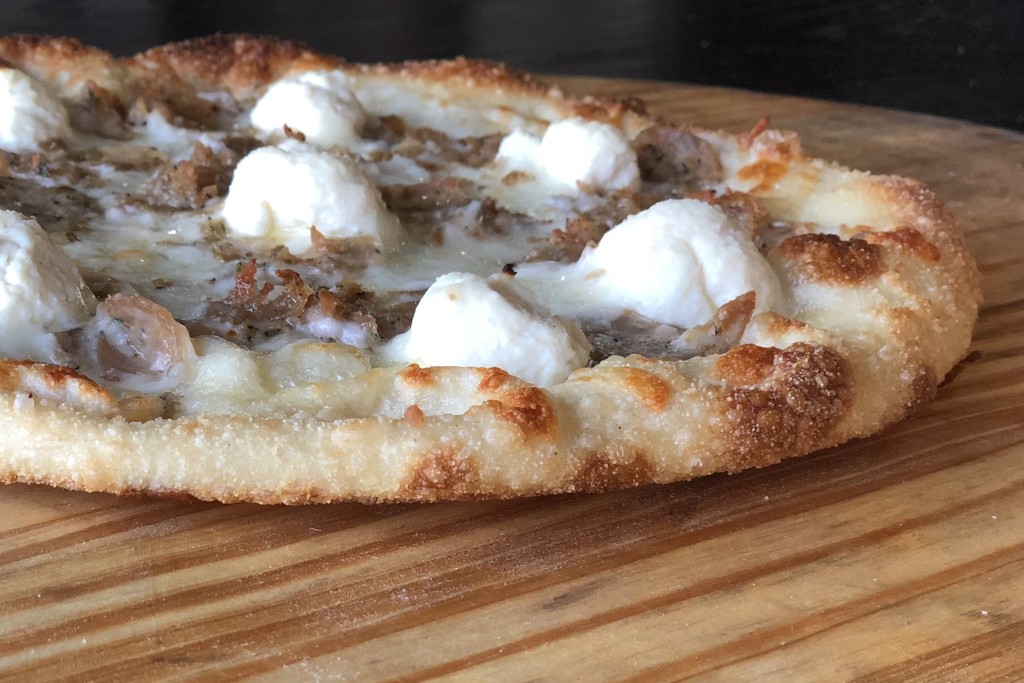 The business, which they ran for seven years, was successful, but it was based on a model of low prices, high volume, catering to college students.

“We were selling tons of pizzas, but they were like seven bucks,” Jeff recalls. “So it was tough. It was a lot of work, and we just didn’t feel like we were getting ahead.”

“My brother thought, ‘If we move to Colorado and we can get Kim onboard, we could use our family recipes and do a quick-casual concept.’ At that time, there weren’t very many quick-casual concepts, particularly Italian.” -Kim Miceli, Mici Co-founder/VP Brand Strategy

That’s when Jeff had the idea of offering quality Italian food in a fast-casual format. The brothers now just had to get Kim onboard. She had moved to Denver and landed a job she loved, teaching children of the homeless.

“My brother thought, ‘If we move to Colorado and we can get Kim onboard, we could use our family recipes and do a quick-casual concept,’” Kim recalls.

“At that time, there weren’t very many quick-casual concepts, particularly Italian.”

The growth from one restaurant to seven hasn’t been a straight upward trajectory, nor one without setbacks. Their first location, opened in 2004 off the 16th Street Mall, was dealt a blow when the parking garage that delivery drivers relied on was razed to make room for a hotel. The restaurant persevered through that.

But when COVID rendered downtown Denver a ghost town — most businesses sending employees home to work remotely — the restaurant partners decided to close that location.

In 2008, they opened in Cherry Creek, but the building they occupied underwent a renovation, displacing all the tenants. They relocated to Colorado Boulevard and Seventh Avenue, where they still operate today.

By 2017, the restaurant group had grown to four locations, and most of the operations had been fine-tuned. A local commissary was now preparing the sauces, ensuring consistency across all locations. Jeff had even designed a “pizza press” to simplify the preparation of pizza dough, a device for which he earned a patent. Still, for the three siblings, maintaining four restaurants was exhausting.

“It was just so much work,” Jeff says. “I felt like I was burning out. I was still making pizzas four days a week and trying to grow the business. I can remember at one point, I told my wife, ‘I don’t think I can make it through the day if I don’t take a nap.’ I was so tired all the time. It just felt like we needed to do something.”

That’s when a mutual friend introduced Jeff to Elliot Schiffer. As senior vice president at Smashburger, Schiffer had built a $75 million business with stores in airports, casinos and on college campuses. Before that, he’d gained valuable experience as a management consultant for Deloitte. 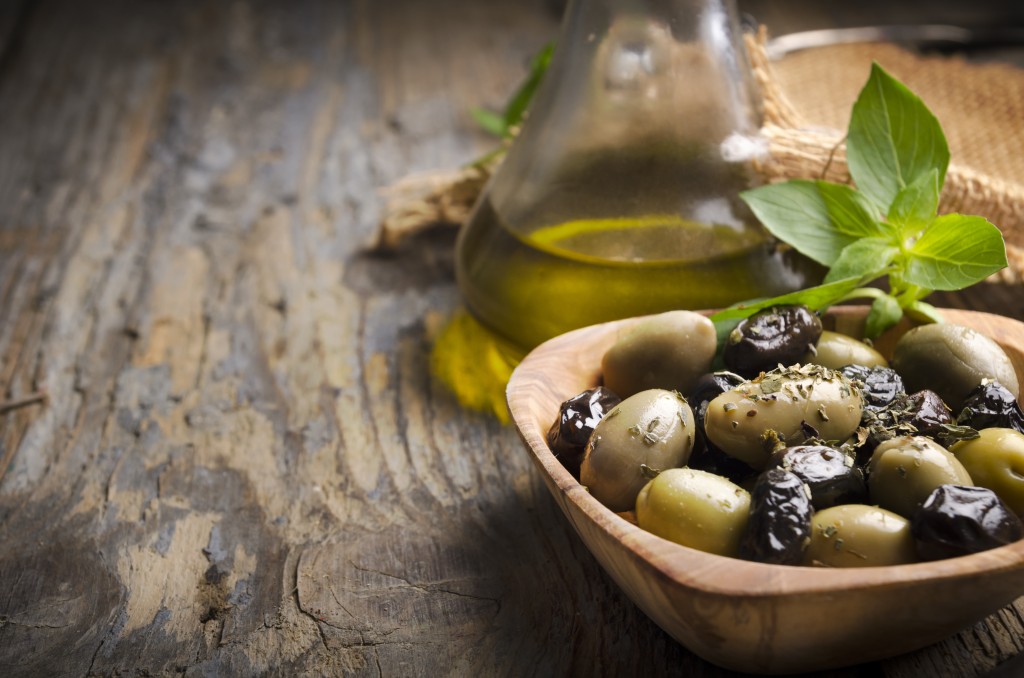 “The more I talked to him, the more I liked him and believed we had a very similar outlook on culture and how you treat people, what is important,” Jeff says. “Food quality is huge to him, treating guests properly — that’s his background as kind of a front of the house guy.” It also didn’t hurt that Schiffer was already a loyal Mici customer.

In 2017, Schiffer was brought on as CEO. Other key executives to come aboard were Joe Melton as chief operating officer and Matt Stanton as chief growth officer.

The devastating effects that COVID restrictions have had on the restaurant industry are well-documented, but Mici Handcrafted Italian has actually grown business during the pandemic. Jeff attributes that resilience to a robust takeout and delivery business already in place, and systems that date back to the brothers’ takeout and delivery pizza business in Orlando.

“Restaurant people are just so hardworking; I have such high regard for the people who do it.” -Jeff Miceli, Mici Founder/President

“First of all, I never like to go into how we did without talking about my friends who did not do very well,” Jeff says of the pandemic’s impact. “Very tough situations out there. Restaurant people are just so hardworking; I have such high regard for the people who do it. A lot of them are having a really hard time. Our product delivers very well. We’ve been really good at delivery for 18 years; going back (to Orlando), 25 years. That’s our wheelhouse. We kind of had to learn how to do dine-in. We knew the other stuff very well.”

Another common pitfall of family businesses that the Micelis have managed to avoid in 18 years is any lasting discord among the three siblings. At one time in the early days, they even lived together under one roof to save money. 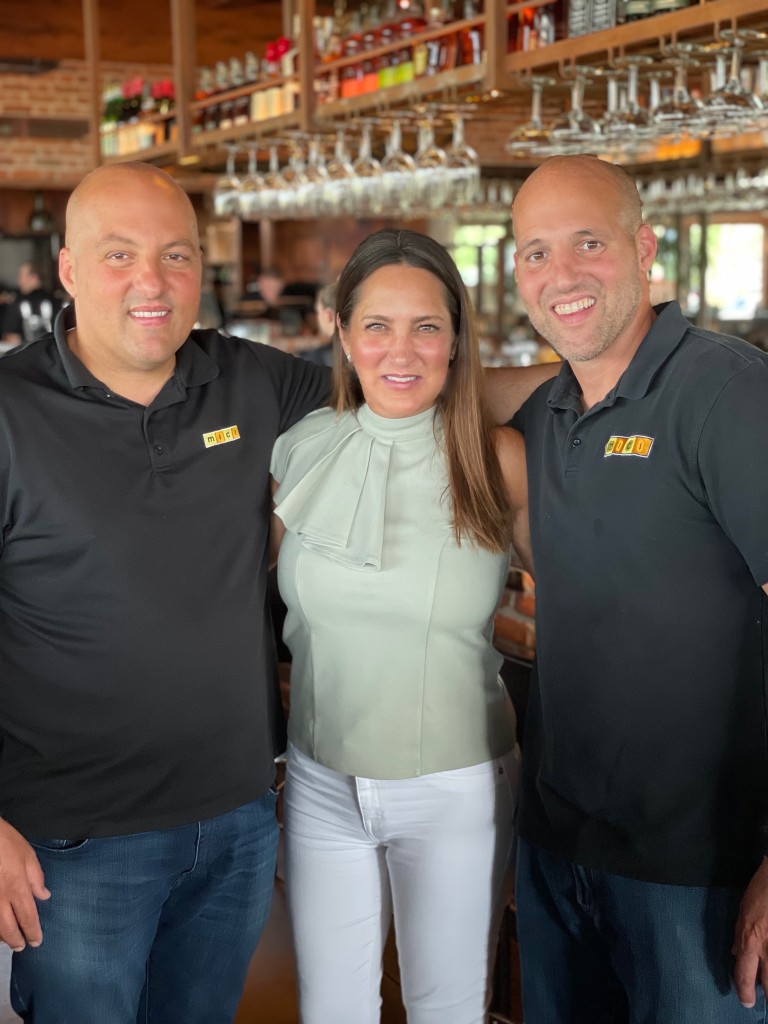 “We still love each other and hang out,” says Kim, at 53, the oldest of the trio.

“Family businesses can be tricky. I won’t lie, we’ve had our times where we’ve disagreed, but we get through it.

“What’s made it work, I think, is we each have our own passion.

“My brother Jeff is the business guy; my brother Michael is the ops (operations) guy; and I’m kind of the branding and marketing gal.

“So with all of our interests put together, we’ve made it work.”