Snooze, a Denver and nationwide breakfast eatery, will donate one hundred percent of pancake-special sales under “Pancakes for Peace” to World Central Kitchen between March 17-23.

Denver’s treasured breakfast eatery, Snooze, has partnered with global culinary and humanitarian group, World Central Kitchen, to support refugees and workers on the ground in Ukraine by donating restaurant sales from pancake specials in the initiative, “Pancakes for Peace.”

From Thursday, March 17 through Wednesday, March 23 — one hundred percent of the sales from ‘Pancake of the Week’ orders, from not only Denver, but all 51 Snooze locations across the U.S. — will be donated to World Central Kitchen.

Founded in 2010 by world-renowned Chef José Andrés, World Central Kitchen has rapidly grown to serve as an immediate arrival to the front lines during climate and community crises, providing meals in a humanitarian response and sourcing locally led solutions, while working to build resilient food systems at large and ongoing.

“They are providing meals that in turn are providing love, hope and community — values we hold true in our Snooze hearts.” -Shelly Landaal, Snooze Community Manager

With Snooze joining the efforts, locals in Denver have already been acquainted with the restaurant’s morning nourishment since its launch in 2006, including, the group’s dedication to operating a business model that is socially and environmentally responsible. Snooze continually donates sales back to communities, such as the frequent collaboration with No Kid Hungry, a charity fighting to end childhood hunger.

And this week, diners can help be a part of the solution in something as simple as: a pancake. A food solution, after all, just as Chef Andrés intended. 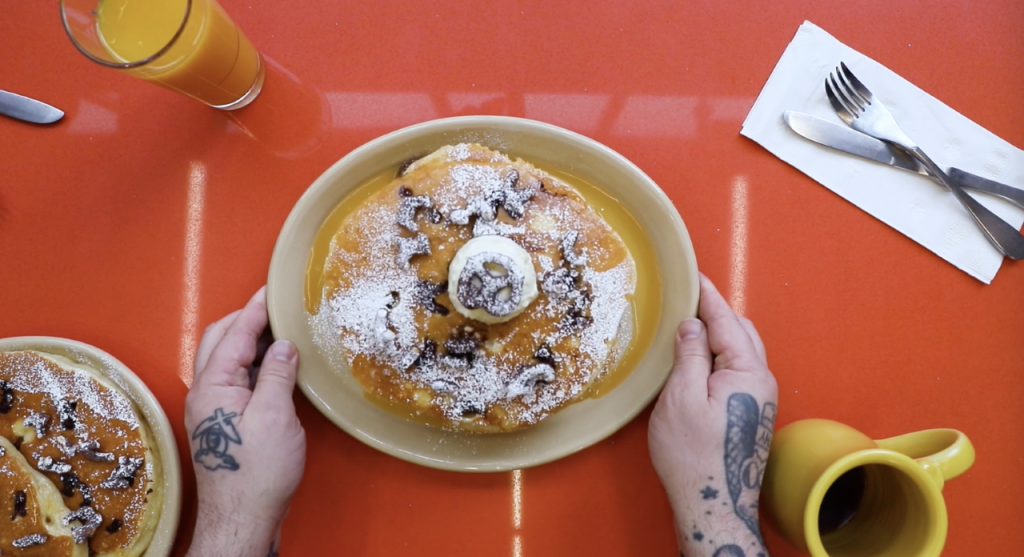 “We believe that pancakes can actually change the world. That’s why we are so honored to continue our partnership with World Central Kitchen, which has been boots on the ground the day after Ukraine was first attacked and are feeding those who have been displaced,” says Shelly Landaal, Snooze’s Community Manager. “They are providing meals that in turn are providing love, hope and community — values we hold true in our Snooze hearts.”

Snooze is committing to a minimum donation of $25,000. To support the donation efforts, all that guests need to do is visit a Snooze location between March 17 and 23 and order the special “Pancake of the Week”— a Chocolate-Covered Pretzel Pancake.

Announced on March 12: World Central Kitchen (WCK) has provided 1 million meals to frontline workers and those who have been displaced by the Russian invasion of Ukraine, across more than 55 cities and five countries in and around Ukraine, with more than 330 distribution points. 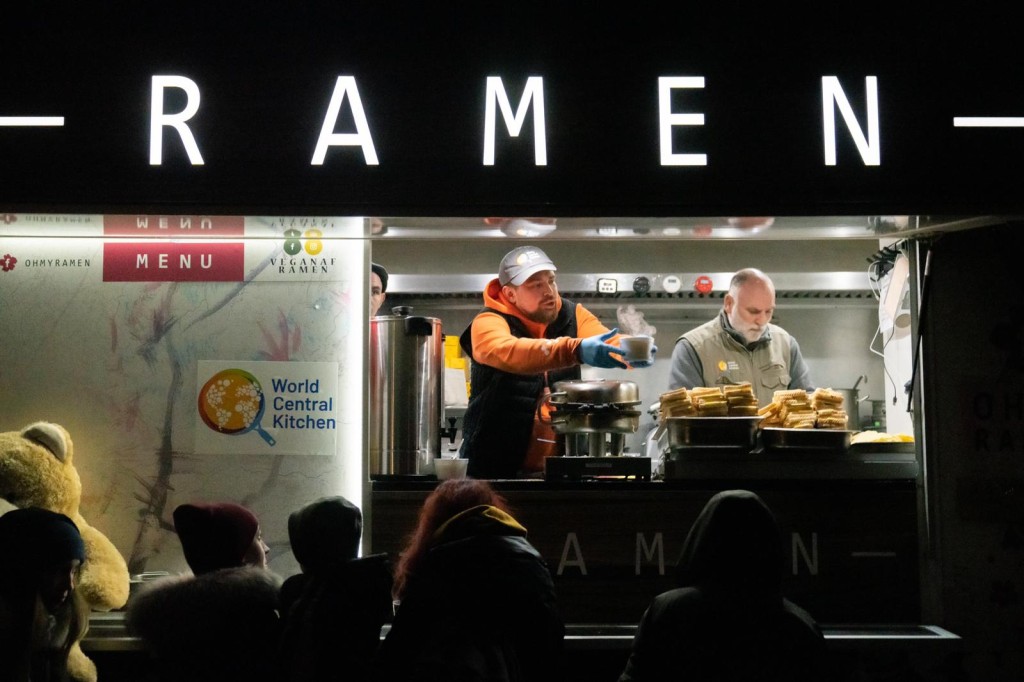 Chef José Andrés and WCK teams partner with local food truck, Oh My Ramen, at the border in Poland to support Ukraine.

As millions of Ukrainians continue to seek refuge, Chef Andrés, and the numerous #ChefsForUkraine partners at the ground level, have thus far cooked and delivered food to and from Ukrainian cities including Lviv, Odessa, Mykolayiv, Kharkiv, and Kyiv, collaborating with local restaurants, and with active food distribution in Poland.

The teams serve thousands of meals each day from pasta, fresh fruit, and locally sourced cinnamon rolls to hot meals and beverages that provide for below freezing temperatures recently seen in Ukraine. Including, sausage and chicken stews with fresh vegetables, hot cocoa, tea, and coffee, as well as large-scale batches of Borscht, a local and traditional sour soup made with beef, cabbage, and vegetables.

“You see, food relief is not just a meal that keeps hunger away. It’s a plate of hope. It tells you in your darkest hour that someone, somewhere, cares about you.” -José Andrés, wck.org 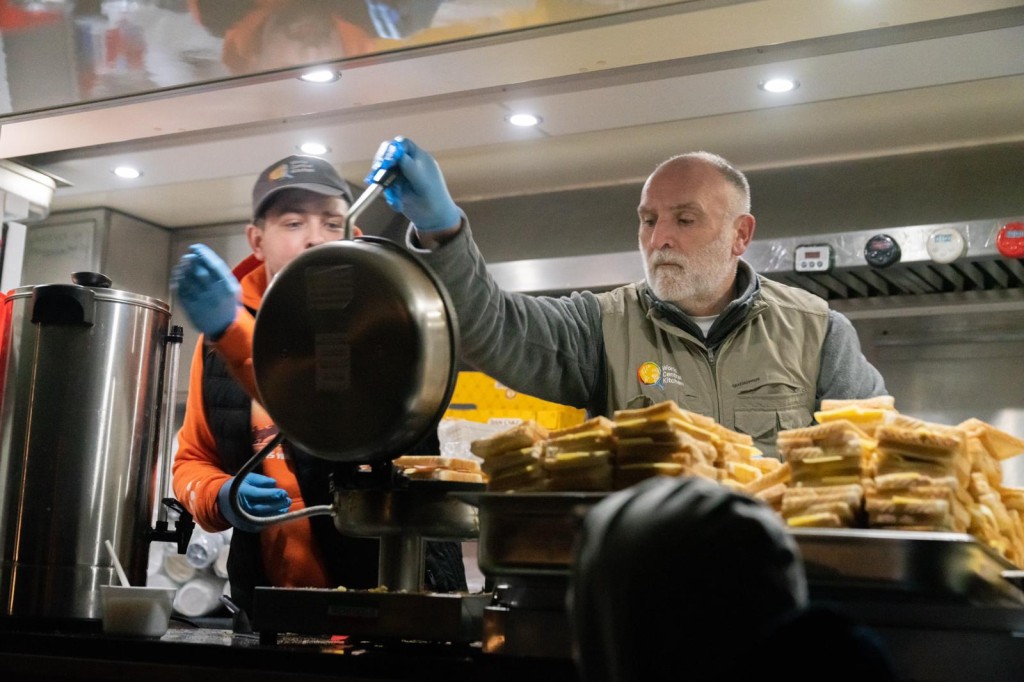 To date, WCK has served more than 60 million fresh meals to people impacted by natural disasters and other crises around the world. Starting with the devasting earthquake in Haiti in 2010, through Puerto Rico after Hurricane Maria in 2017, COVID-19 relief, and countless cities and countries in between, including assisting Boulder residents after the Marshall Fire between December 2021 and January 2022.

Snooze, an A.M. Eatery, was founded by brothers Jon and Adam Schlegel opening its doors in 2006 in Denver. Since, the restaurant’s operations have expanded to over 50 cities, specializing in creative breakfast dishes and spirited drinks from eggs benedicts to bloody marys — with a particular flair for noteworthy pancakes.

Believing, “a stack of pancakes can actually change the world,” the Snooze teams donate 1% of sales to communities and non-profits, and redirects up to 90% of waste in programs like recycling and compost. Partnering with local purveyors in agriculture and sustainable ingredients in both food and beverage, they believe the only thing better than a full plate is “a clear conscience.”

(Photo credit: ‘Pancake of the Week’ courtesy of Snooze and B Public Relations; WCK Chefs for Ukraine, Creative Commons and World Central Kitchen/WCK.org)