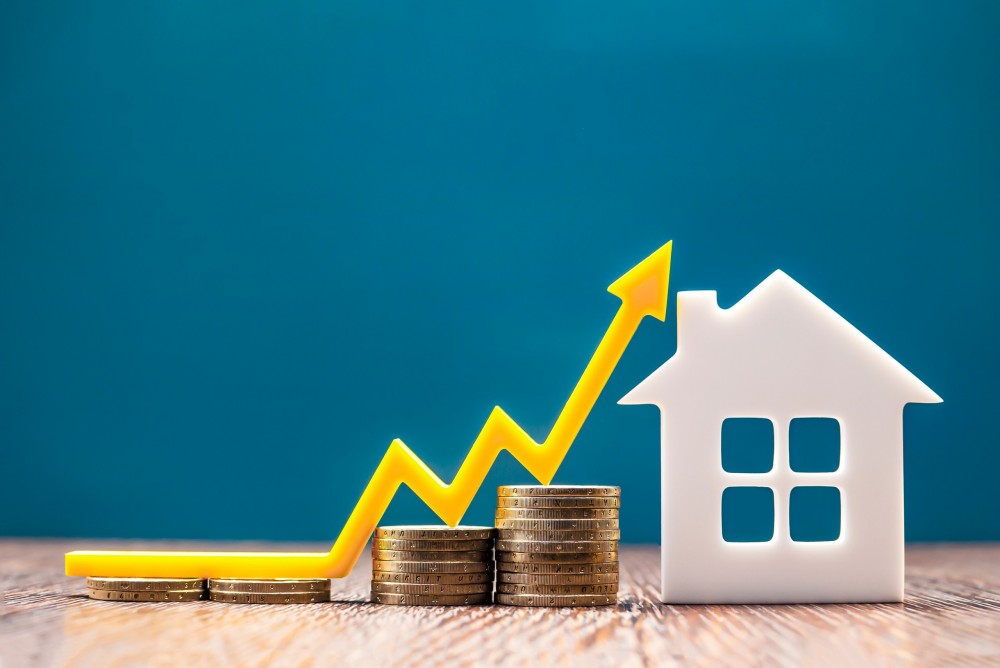 Although these upward curves are exceptionally steep in Colorado, they’re not out of character with the rest of the country. Booming home values have been great for sellers (and their real estate agents).

However, a new report by Real Estate Witch has uncovered a disturbing trend: Since the 1960s, wages have been more or less flat while home prices have more than doubled, outpacing household income since the 2008 financial crisis by three times.

This trend is making things increasingly tough — and maybe impossible — for buyers.

Home Values Are Only Half the Equation

At risk of stating the obvious, it takes money to buy a home. And these days, Americans are making less and less of it in relation to home appreciation.

The bottom line? While home prices have more than doubled over the past half-century, wages have been more or less flat.

This disparity has had a dramatic and sustained impact on the rate of homeownership. U.S. homeownership has fallen with each generation that followed the Baby Boomers.

What Is the House-Price-to-Income Ratio Crisis?

The homeownership rate has fallen, but people are still buying homes. A lot of people, in fact: 6.5 million homes were sold in 2020. So what exactly is the crisis, and how do we measure it?

This is where house-price-to-income (PTI) ratio comes in. Economists use PTI to describe the relationship of a homeowner’s income to how much of that income they’ll be paying for their home. Think of it as the homeowner’s equivalent to the renter’s rule that you shouldn’t pay more than a third of your income toward rent.

According to experts, a healthy PTI ratio is 2.6. That means the average home buyer needs 2.6 years to save up enough money for a down payment on a home and still have enough to allocate a reasonable percentage of their monthly income toward mortgage payments.

What this means is that, yes, people are still buying homes, but they’re taking a lot longer to save up for them, and then they’re taking on steep mortgage payments that eat up a portion of their income that’s more than twice what experts recommend. Today, the average U.S. home buyer is overextended, financially stressed, and has very little room for error.

Experts also point out that high PTI ratios have a disproportionate impact on low-wage and manual laborers, essentially locking them out of homeownership. If we don’t reverse course, we could be looking at a future where even a modest starter home is a luxury good.

Is It Getting Better or Worse?

Essentially, we’re talking about two different curves here: household income and home values. Comparing them side by side, especially in more recent periods, gives us an idea of where the PTI ratio is headed.

Home values and household income both dropped precipitously as a result of the 2008 financial crash. Since then, the real estate market has rebounded and then some, with home values going from a post-crisis low of $298,910 to $374,900 in 2021. That’s an increase of 25% in 13 years.

The result? Home prices have increased more than three times faster than household income since the 2008 financial crisis.

Looking at an even shorter time span suggests the problem is still accelerating. In 2019, the PTI ratio was 4.7 — still far above the recommended level of 2.6. But in only two years, the average U.S. PTI ratio skyrocketed 5.4.

Although a lot of this change can be attributed to the effects of the COVID-19 pandemic, it still suggests that the gap between income and home values is widening — and could grow into a chasm that could swallow the entire housing market.

Selling in a Hot Market

Of course, it’s not all doom and gloom. Conditions like these are a seller’s dream come true. But just because you’re entering a historic seller’s market doesn’t mean you shouldn’t do everything you can to maximize your sale.

Don’t overlook basics like staging and cleaning. While buyers have a lot of tolerance for small (and even large) flaws in a home, you want as much competition as possible to drive up your final sale price. An imperfect presentation will drive off some buyers.

Knowing that demand is so high, it may be tempting to set a high price. However, it’s often more effective to set your list price slightly low. This attracts more buyers, which increases your chances of competition driving high bids.

Also, timing is everything. Consider listing your home on a Friday, as most buyers are out on weekends. If you get to the top of enough people’s open house lists, you could have an offer in hand — far above ask — by the end of the weekend.

But don’t get too excited: once your sale is over and you’re all moved out, you’re going right back into the market as a buyer. And as we’ve shown, that’s getting harder by the day.