It all started with a bow tie — or, more precisely, the lack of a bow tie.

Serial entrepreneur James Eberhard needed one for his brother-in-law’s rehearsal dinner in August 2015. “I had left mine at home,” he remembers. “This was Brooklyn, New York. There’s got to be community sharing centers for a bow tie or a tie or stuff from other people.”

But there wasn’t. “I’m not going to spend $50 on a tie I’m just going to wear once,” says Eberhard, 43, “I went to the rehearsal dinner bow tie-less, but it spawned the idea.”

That idea was Fluid Market, the startup Eberhard launched with his sister, Jenifer Snyder, in 2016. “We all own the same stuff,” Eberhard says. “It sits in our garage.” 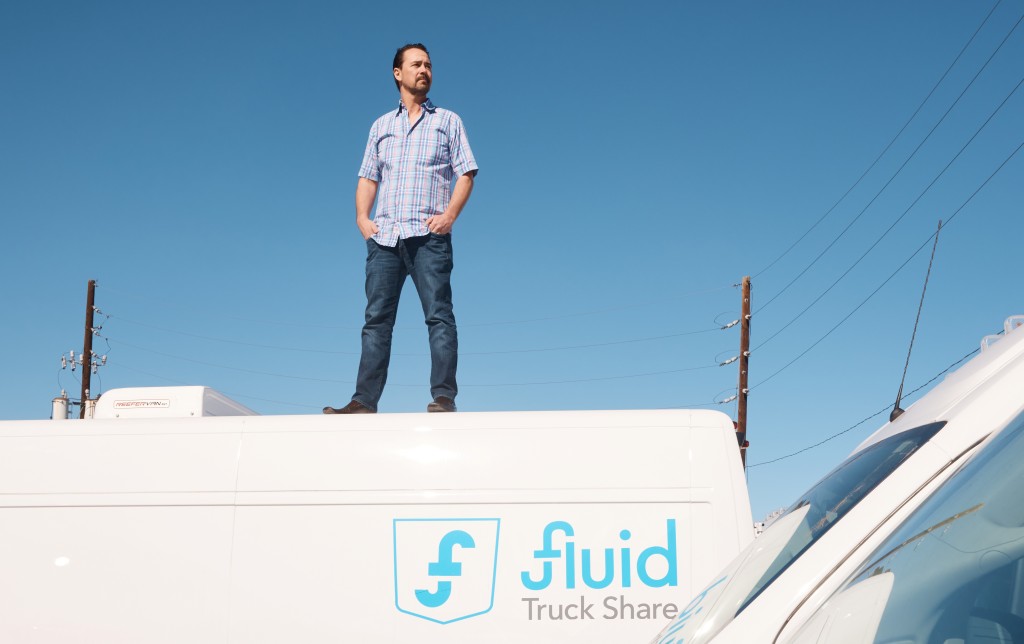 Users could lease out anything from hammers to RVs. “If you needed a ladder or you were throwing a party and wanted a bouncy castle or you needed a truck to go to Home Depot or go to the dump or move stuff to your storage unit,” Eberhard says.

“We started seeing this crazy anomaly of small and mid-sized businesses that would come on the platform and rent a truck,” Eberhard says. “It really opened our eyes to how difficult it is for businesses to get out there and get the right vehicle for their needs quickly, efficiently and without the traditional headaches that are in place with commercial vehicle rental.”

“We saw businesses that traditionally had to own all their vehicles, all of a sudden, they could scale virtually. They could go from one truck to 20 trucks to really support the amount of business and jobs they were getting.” -James Eberhard 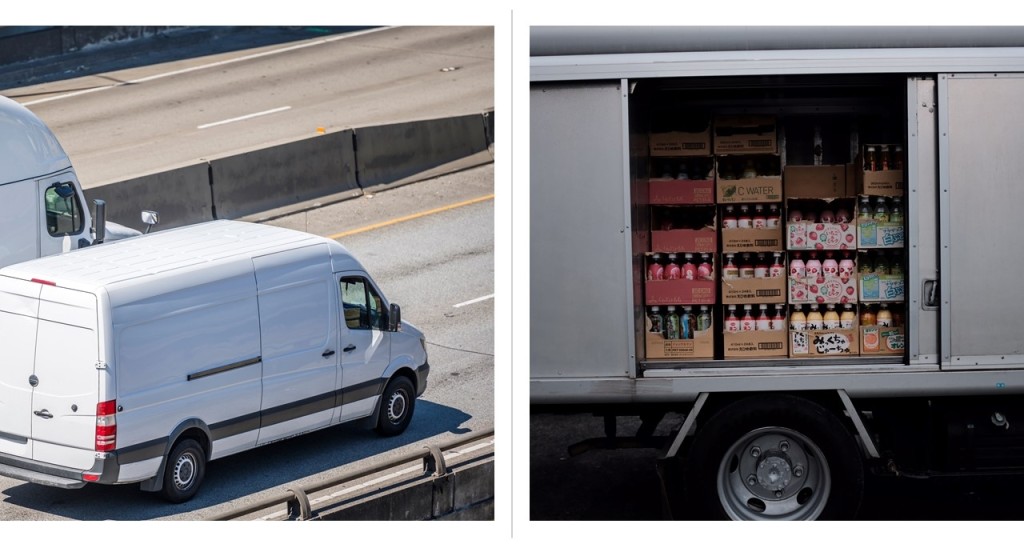 Trucks did particularly well on the platform. “We saw businesses that traditionally had to own all their vehicles, all of a sudden, they could scale virtually. They could go from one truck to 20 trucks to really support the amount of business and jobs they were getting.”

Then came the big pivot: In 2019, the company changed its name from Fluid Market to Fluid Truck and put out a handful of its own trucks in Denver in 2019. The rocket ship quickly went stratospheric.

Now with more than 300 employees — 120 of them at the headquarters in Denver, formerly Village Inn’s main office — Fluid Truck is now in 40 metro markets, each with “hundreds of trucks,” Eberhard says, across the U.S., including the largest fleet of electric vehicle rentals in the country.

Eberhard, the founder and CEO, says Fluid Truck offers a solution to “a really big problem” in commercial transportation and last-mile delivery. “Five years ago, we used to have businesses that owned a whole fleet of trucks that today don’t own a single vehicle and manage their whole business off our app,” he says. 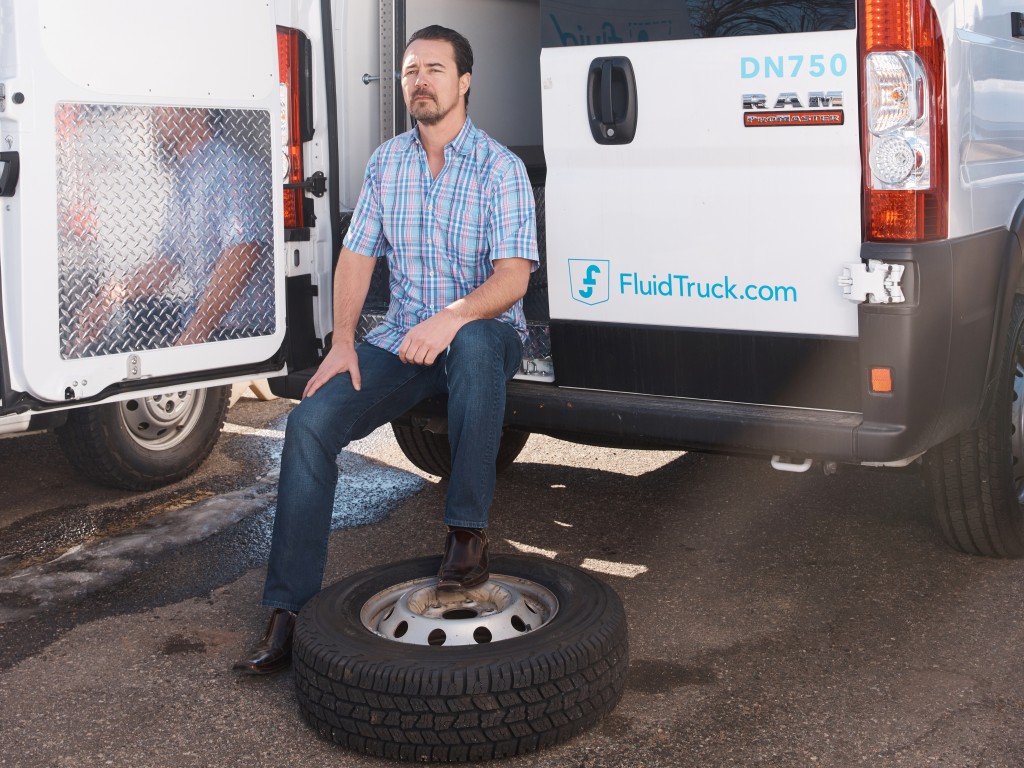 After closing on a $63 million Series A funding round in March 2021, the company forecast that it would create 1,500 jobs in the next eight years. And that’s just the start: “We’re continuing to scale,” Eberhard says, “eventually to every city in the U.S., and we’re starting our international expansion.”

The company’s newly launched Fluid Fleet Solutions is another avenue for growth. “We started off here trying to flex capacity into fleets,” Eberhard says. “Now we’re starting to take our technology and platform and allow people that own their own fleet to install our telematics to optimize and manage their operations. It’s going to revolutionize how fleets are used in the future.”

Eberhard sold his first company, 9 Squared, when he was 25, and founded a second startup, Mobile Accord, in 2005. He started both of those companies — as well as Fluid and 10 other companies — with his older sister, Snyder, who serves as Fluid Truck’s general counsel. 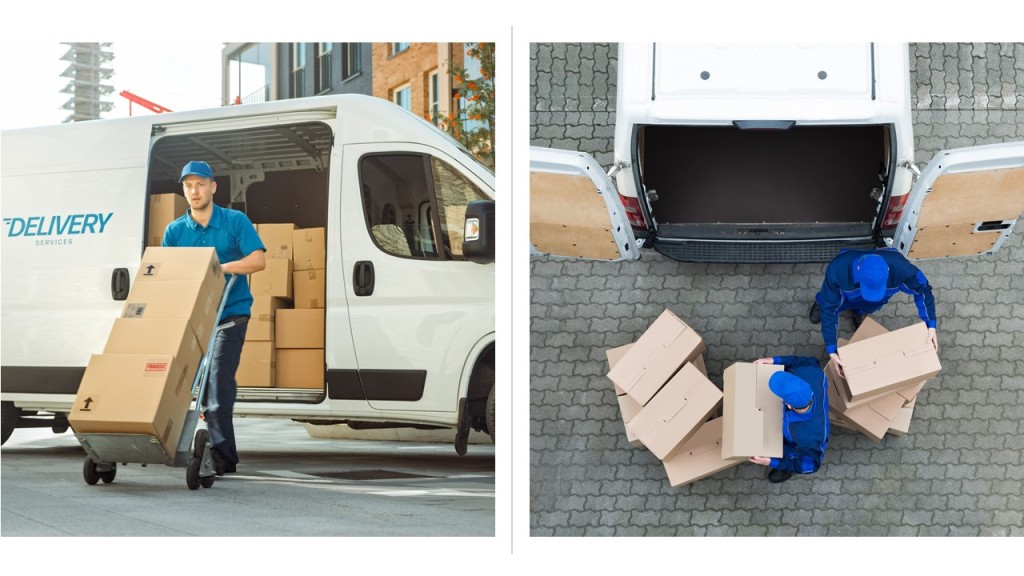 “I love working with Jimmy,” Snyder says. “There’s never a dull moment. He’s a really collaborative and exciting person to work with. He has so many ideas in his head. It’s just amazing. He likes to try all of them and see which ones take shape and take off, and then he’ll run with that idea.”

She says his ability to transmute input from multiple stakeholders “into a product that can help others” is uncanny. “It makes it so much easier to evolve and grow, because there is no shortage of customer problems that we can help solve.”

And Eberhard is looking forward to it. “I love building,” he says. “I love taking an idea and figuring out how to make it work or how to build it.”

“Be resilient no matter what anybody says or how crazy somebody says your idea is. If you believe in it, go zealously into it and be relentless.” -James Eberhard

Any words of wisdom for would-be founders? Ignore the naysayers. “Be resilient no matter what anybody says or how crazy somebody says your idea is,” Eberhard says. “If you believe in it, go zealously into it and be relentless. Even if it doesn’t work out, you’ll still learn a ton along the way.

“Developing a team — challenging them, pushing them, and growing them — is fundamental to building a really successful culture,” he adds. “Try to find really good people who are aligned to your values.”

The burning question remains: Did anybody ever share a bow tie on Fluid Market before the startup serendipitously pivoted to a truck-sharing model? “I don’t know if there ever was a bow tie on the platform,” Eberhard laughs. “I don’t think so.”

THIS ARTICLE IS PART OF COLORADOBIZ MAGAZINE’S TOP ENTREPRENEUR FEATURE