What's in store for PuebloPlex 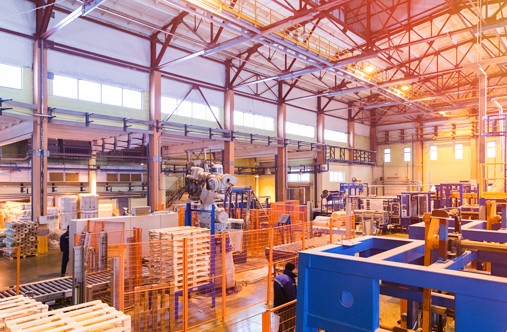 The impacts of the federal government’s Base Realignment and Closure (BRAC) commissions in the late 1980s and early 1990s have reverberated in Colorado for decades.

The Colorado State Legislature established the Pueblo Depot Activity Development Authority to oversee the site in 1995. Now known as PuebloPlex, the sprawling 23,000-acre site includes more than 600 “storage igloos” (about 500 of which are presently leased) as well as large warehouses and a rail network.

But the PuebloPlex vision involves much more. Approved in 2016, the redevelopment plan is focused on creating a hub for manufacturing, distribution and railroad-related industries.

“In essence, what we are is an economic development organization; we do not own property yet,” says PuebloPlex Executive Director Russell DeSalvo III. “We’ve been operating under a master lease with the United States Army. What we’ve been doing is renovating buildings, leasing them out to businesses and manufacturers.”

DeSalvo expects PuebloPlex will enter its next phase in 2022 or early 2023, after state and Army officials sign off on the environmental remediation of approximately 5,000 acres and transfer ownership and control of the land to PuebloPlex.

A subsidiary of the Association of American Railroads, the Transportation Technology Center Inc. (TTCI) is relocating to PuebloPlex from a federally owned facility in Pueblo beginning in 2022.  “It’s an absolutely perfect reuse for our property because we do have an established rail network,” DeSalvo says.

Beyond building a test track, lab space and first-responder training facility at PuebloPlex, TTCI has partnered with Swiss-American startup Swisspod to build a test hyperloop at PuebloPlex. It will seek to prove the concept of high-speed transportation via sealed capsules in a depressurized tube; groundbreaking is slated for mid-2022.

As most TTCI employees live in Pueblo or Colorado Springs, the move was partly about retention, but there are other benefits. “If you look at the space requirements for the work TTCI does for the North American railroad industry, it’s not a small footprint,” says TTCI President and CEO Kari Gonzales.

And Gonzales sees it as an even better bet for the longer term. “It’s a great place for additional organizations — whether they be startups or manufacturing— to be able to start building out their own facilities at PuebloPlex,” she says. “The proximity to a state-of-the-art test track to be able to use as a proving ground for a lot of the product they’re putting out is going to be second to none.”

The depot is the site of a chemical weapons disposal program at the Pueblo Chemical Agent-Destruction Pilot Plant (PCAPP), which will operate until the stockpile is gone sometime around late 2023.

“There’s a separate process that we have to go through to acquire the additional 7,000 acres and the multi-billion-dollar facility [PCAPP] on that property that’s destroying chemical weapons presently,” DeSalvo says. “We’re in the process now of working to acquire that facility as well, which would be good for a DuPont or a big chemical company. That’s next year’s project.”

Getting to Net-Zero: How Businesses Can Drive Actionable Change