The Supreme Court decision to leave abortion laws to states and the ensuing uproar begs the question of whether people will 'vote with their feet' if their voice is not heard over a major civil rights issue.

The world of community economics includes Charles Tiebout’s 1956 theory suggesting people “vote” on private products with their pocketbooks and vote on government services with their feet. If you do not like what you are getting from the government, move to a different jurisdiction. Twenty years later, Albert Hirschman introduced us to “voice versus exit.” Dissatisfaction will result in voicing one’s concerns and/or walking from the relationship. The speed with which we will begin walking depends upon our loyalty despite dissatisfaction, the availability of good alternatives, and the cost of switching to a new provider — whether public or private. This voice versus exit decision spans many situations in life — an unhappy marriage, immigrants leaving their homeland, and communities with high taxes and/or poor services.

I began thinking of voting with one’s feet after this summer’s reversal of Roe v Wade. The Supreme Court decision to leave abortion laws to states and the ensuing uproar begs the question of whether people will vote with their feet if their voice is not heard over a major civil rights issue. Sixty-one percent of Americans believe abortion should be legal in all or most cases. This percentage has varied little since 1995 when Pew Research first began surveying Americans on their views toward abortion. On a state-by-state basis, only six states (all in the South plus West Virginia) have less than 40% of respondents favoring abortion rights. Fourteen states show more than 60% support for abortion rights. The rest, including Colorado (59% favoring), are in the middle, somewhere between 40% and 60% both supporting and opposing abortion.

The central question here is whether or not Americans favoring a woman’s right to choose will be so frustrated by strict anti-abortion laws that they will relocate to another, more supportive state, leaving family and friends behind. In this sense, will abortion rights impact local economic development prospects? The only precedent I can think of when it comes to states’ “violation” of civil rights causing people to vote with their feet en masse is the Great Migration from 1920 to 1940 when 1.6 million African Americans moved from the South to the North to escape persistently oppressive political and socioeconomic conditions with no effective voice.

Such mass migration is unlikely to occur over abortion rights for a number of reasons. The infringement on women’s rights created by strict anti-abortion laws is episodic if it occurs at all, and there are, in most cases, viable alternatives except for poor women. This contrasts with the persistent violation faced by Blacks in the post-Civil War South. There is limited research on voting with our feet, but Keith Dowding and Peter John did recently find in England “only a weak relationship exists between dissatisfaction and geographical exit.” They found that “people are more likely to complain privately, vote and engage in other forms of collective participation.” This makes sense to me, as moving involves many aspects like diminished relationships, jobs and affordable housing. Unless you are young, the switching costs can be high.

This does not mean states implementing strict anti-abortion laws will not be impacted economically. Over time, communities tend to evolve their brand based on legislative and cultural preferences. Some people like the brand and others do not. Colorado Springs is a good example. During the 1980s and 1990s the community became known as a fiscal, religious, and socially conservative city. While I and many other Colorado Springs locals experienced great diversity, perception is reality when it comes to branding. Clearly, the brand did not stop the city and El Paso County from growing as it, like Colorado in general, has so many growth-driving assets, but it may well have dictated the type of growth.

Industries that rely on young, educated workers for their long-term success are often sensitive to cultural and legislative preferences around social issues. Major companies understand innovation tends to come with looser versus stricter cultures. It was not surprising that Eli Lilly and Cummins reprimanded the Indiana State Legislature over passing strict anti-abortion laws in August. More institutional voting with location choices is likely to come. This is where legislative brand impacts are likely to emerge – with corporate America and the nation’s younger, more educated women. Colorado’s natural and economic draws, along with expressed preferences of 59% of adults, will continue to position the state as a place people want to walk toward. 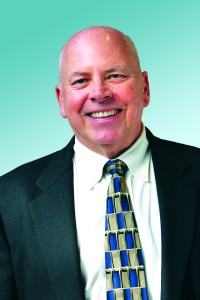 Tom Binnings is a senior partner at Summit Economics in Colorado Springs. He has more than 30 years of experience in project management, economic and market research, real estate development, business analytics and strategic planning. He can be reached at (719) 471-0000 or tbinnings@comcast.net.