What Makes Denver a Great Place to Start a Business?

Colorado employment is on the rise, and Denver remains on the map for fintech and startups.

It’s no secret — Denver is one of the hottest cities in the nation for startups.

For Denver startups, 2021 was a banner year with a record $4.3 billion invested in 267 deals — a massive increase of just under 170% compared to 2020. The industries that drew the most investment were: artificial intelligence, healthcare technology, fintech, cybersecurity, and aerospace. Money was spread across early-stage and late-stage startups — an encouraging sign that the Denver startup ecosystem is now self-sustaining.

While Denver’s rise as a rival to Silicon Valley seems to be picking up speed, it’s not new. Gov. Jared Polis was a co-founder of Techstars, one of the state’s top startup accelerators, and Facebook opened offices in Denver back in 2018, arriving about the same time as a new Microsoft campus. Pandemic superstar Zoom has been in Denver even longer, opening offices in 2016, and surveillance giant Palantir left Silicon Valley and set up headquarters in Denver in 2020.

So what, exactly, makes Denver so attractive to startups? A new study from Real Estate Witch analyzed every major startup city in the U.S., tracking variously weighted characteristics like average income, LLC and incorporation filing fees, corporate tax rates, Google Trends data, and the amount of business applications and patents filed, among others. They uncovered some crucial insights into what makes a city appealing to new companies, and discovered some very interesting things about Denver.

Denver actually has the lowest incorporation filing fee of all the cities in the study. In Denver, incorporating costs only $50, compared to the national average of $135. Denver’s LLC filing fee is also at the low end of the national spectrum, coming in at $50.

Colorado as a whole is a very business-friendly state, ranking 8th in a CNBC study of the best states for business in 2021. Although the state scored lower in the specific “business friendliness” category than it did in 2019, many pundits attribute the slight decline to measures like a raise in Denver’s minimum wage and a statewide family-leave policy — changes that may not please every shareholder, but will certainly make Colorado more of a magnet for workers.

The state also features a very investor-friendly environment, highlighted by a flexible Colorado 1031 exchange industry that’s one of the safest and most well-regulated in the U.S., thanks to state law.

Things like incorporation and LLC filing fees, or the ease of completing a UCC filing (which has a huge effect on business credit) may seem insignificant for companies that are aiming for billions, but these little touches have outsized importance.

A High Rate of Job Growth

Denver has seen stunning job growth over recent years, and 2021 was no exception — the labor market grew 33% faster than the national average over the past year. The Colorado employment market has already recovered to pre-pandemic levels, showing admirable resilience, and looks to be heading upwards.

A critical mass of entrepreneurs cross-pollinating ideas and best practices, is one of the most important preconditions for a thriving tech hub.

Denver ranks as one of the most educated cities in the U.S. by almost every possible metric, which makes it the perfect place to recruit new employees.

The city also boasts a huge concentration of tech workers, with the number of tech workers increasing by nearly 7% between 2015 and 2020. That growth was even faster during the pandemic, as many tech workers migrated from the coasts and settled in Denver.

Business applications per capita in Denver are 35% higher than the national average over the past five years, suggesting that a lot of prospective founders and CEOs are making their way to the Mile High City.

Recent history has shown that, in places like Silicon Valley, a critical mass of entrepreneurs cross-pollinating ideas and best practices, is one of the most important preconditions for a thriving tech hub.

A Sky-High Quality of Life

Colorado as a whole consistently ranks as one of the most livable states in the U.S., and Boulder was named the city with the highest quality of life in the entire country last year. Denver itself boasts a vibrant arts scene, tons of public green space, golf courses, hiking trails, a thriving cannabis scene, and the Rocky Mountains just a short drive away.

Denver businesses recruiting workers don’t have to try very hard. With one of the highest in-migration rates of any U.S. city, people are pouring in already.

An Influx of Venture Capital

In 2021, the average Colorado startup funding deal grew nearly 64% compared to 2020. So not only is more VC money coming into the state overall, but individual deals are getting bigger, too. The largest Colorado deal in 2021 came in at an astronomical $1.4 billion. With numbers like that floating around, more startups are going to skip Silicon Valley or the East Coast and set up shop in Denver. And as those billions move through the economy, the city is sure to rise even higher. 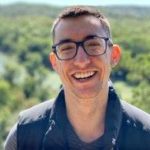 Luke Babich is the Co-Founder of Clever Real Estate, a real estate education platform committed to helping home buyers, sellers, and investors make smarter financial decisions. Luke is a licensed real estate agent in the State of Missouri and his research and insights have been featured on BiggerPockets, Inman, the L.A. Times, and more.