The pandemic gave Colorado golf a shot in the arm. Now the industry and its players wonder: What’s ahead? 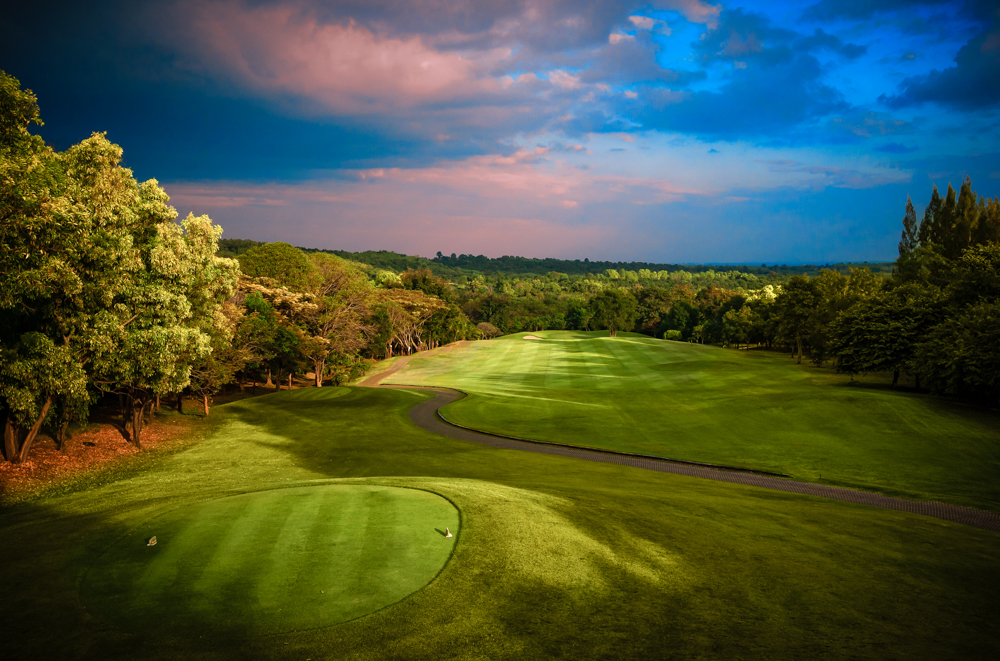 On the lovely almost-spring 2020 day when the governor of Colorado ordered, “Stay home,” most of the state’s golf courses shut down. After all, how could they keep players and staff safe in a pandemic, when everyone was supposed to stay home?

Oh, but, “FORE!,” said the state’s half a million golfers. The game is played outdoors at safe-distance tee-time intervals. With a recent rule change, players don’t even have to move the flagstick when they putt. Most cart-riders can walk, if they really have to. We’ll bring our own water. Please, please, please, we’re going crazy. Can’t we play?

With the advocacy of the Colorado Golf Coalition and advice from health experts including 2019 U.S. Senior Amateur qualifier Dr. Owen Ellis, the answer quickly became, “Please do.” And the game that annually reports flat participation suddenly experienced an overall rise of 20% in rounds and revenue. Nationally, it’s estimated that 500,000 newbies took up the game. Locally, well, let’s just say “be careful what you wish for.”

“All of a sudden, you couldn’t play an emergency nine,” says Castle Rock attorney Juliet Miner, who recorded 164 rounds last year in a state with only a 265-day season. “You couldn’t get on in the afternoon. You couldn’t get a weekend time if you didn’t plan ahead. You had to be very industrious.”

The Denver municipal golf courses closed in March and reopened in May to capacity for the rest of the season, said City and County Director of Golf Scott Rethlake: Rounds were up 25% across the board. The Broadmoor Golf Club closed in March and did not open until July; yet, rounds passed 2019 full-season totals. At Colorado Golf Association’s CommonGround Golf Course, rounds increased by a third and, on the family-friendly par-3 course, revenue soared by 112%.

“The pandemic,” said CGA executive director Ed Mate, “was golf’s stimulus plan. No one saw this one coming. Now the question is: Can we keep it up, or is this just going to be a blip and we retreat back to business as usual?” 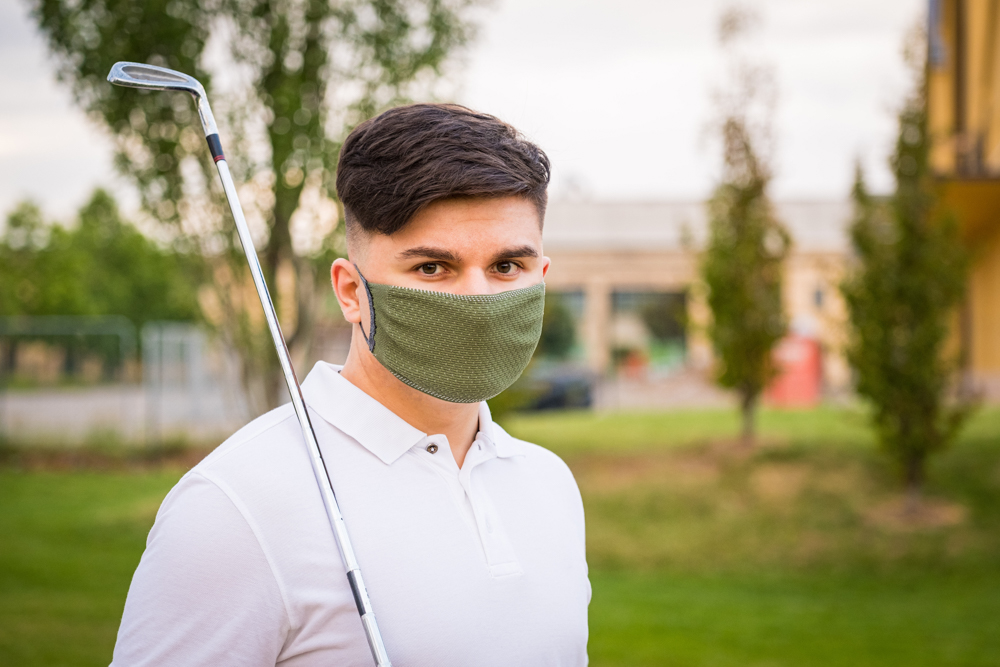 The courses that opened after only a day or two included the independently owned public courses, like Littleton’s Deer Creek and Longmont’s Saddleback, and private operations. At first, carts were not allowed because of the touch points – and good luck buying a pushcart, with demand high and manufacturing stalled. Also eliminated: water coolers, bunker rakes, sand bottles, ball washers. Superintendents raised the lip on the cup so that golf balls ricocheted back to players. Payment had to be made in advance with a credit card, with agreement to a long list of precautions. Clubhouses, ranges, practice areas and instruction closed. Tee-time intervals expanded to keep groups separated, especially at the start and finish.

Denver Country Club had to bar guests to accommodate increased member participation (from 23,000 rounds in the fiscal year ending in September 2019 to 31,000 in September 2020). It suspended its caddie program, encouraging walking and boosting pushcart rental revenue.

“We expanded our intervals from 10 minutes to 15 minutes and then back to 12 minutes in mid-May,” said Steve David, the director of golf at 580-member DCC. “I pushed that for the safety of the staff, who were seeing 200 people in a day with six groups an hour, then four, then finally five. The members loved it. The tee sheet got so full, we didn’t have places for guests. Kids, families, men, women – everybody had more time on their hands.”

By mid-May, municipal districts had opened their courses, and initial, drastic disinfecting and distancing measures began to ease. Well-spaced driving ranges dispensed buckets of balls. Instructors returned to their stations, masked and distanced. Superintendents replaced that raised cup with a pool noodle that elevated the height of the ball in the cup, or maybe with the E-Z Lift system, a lever that allows players to pop the ball out of the hole with their putters.

Carts became available for single riders, or same-household riders. At the Ridge at Castle Pines, perhaps the most unwalkable public course in the metro region, clear, roll-down partitions were installed in the middle of golf carts so pals from different households could ride together.

Courses upgraded their reservation systems to minimize pro shop visits. “That was a kick in the pants, for golf shops to come into the 21st century and improve their apps,” Mate said.

And as experts learned more about virus transmission, courses made room for more players by closing the gap on intervals.

There was, after all, much more than 6 feet between foursomes. And demand was skyrocketing. 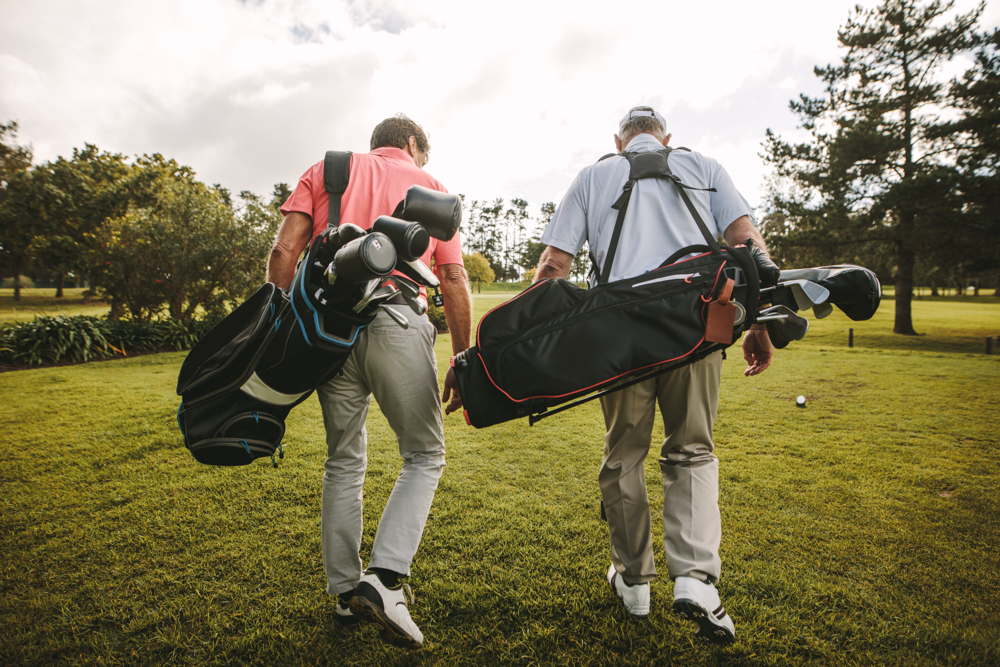 Caretakers of the courses started to worry. More players than ever, with sometimes four golf carts per foursome, were trampling the grass in a drought. “In a perfect world,” Mate said, “you see your revenue per round going up and your total rounds staying flat, because that way you’re not stressing the course.”

Rethlake and the Denver courses innovated in the offseason (Nov. 15-March 15 here) with split-tee starts. So players would tee off for two hours at holes 1 and 10, and then change sides. The strategy maximized the shorter prime-time window and mitigated delays.

“It really helped with frost delays, because we didn’t have early, early starts,” Rethlake said. “And we were able to get twice as many people off between 9 and 11, the peak time in the winter. Our guests loved it.”

Exactly who those guests were remains a point of speculation among industry experts. The Broadmoor has returned to its full-service levels, ready to celebrate the 100th anniversary of the Broadmoor Invitation July 25-29, and to welcome corporate groups returning to business as (almost) usual. But last year, Director of Golf Russ Miller saw a reversal from the usual 70% corporate/30% leisure golf crowd to 90% leisure.

“Husband and wife, or four buddies – men and women,” he noted. “It was extremely busy, and it caught us by surprise. I saw people enjoying the game more than before, maybe because we took it for granted for so long.”

Were they newbies? At the Broadmoor, with its storied championship courses strictly for members and guests, probably not. But even on the municipal level, Rethlake theorizes: “There were a few new people who came to the sport, but mostly it was just people who were already playing golf, but were playing more often because they had nothing else to do.”

David agrees. “I think this really shows you the correlation between time and participation. When people have time, the game is very popular. I don’t think (the problem) is the game, the expense of the game, not even the time it takes to play it. It’s those other elements in life that keep us so busy that I think the game suffers.”

If David is right, it should be easier now to score that “emergency nine.” But this spring, courses were still packed. Two private clubs, Woodmoor and Perry Park, created new afternoon memberships geared to younger, telecommuting players. If you wanted to play

Denver’s new City Park course, you needed to set your alarm for midnight, two weeks before the day you want to play.

“I think golf is maybe a little cheaper,” he said, smiling. “I just love it. We just got back from a trip to Mesquite and St. George. I won’t be giving it up.”

Littleton freelance writer Susan Fornoff is a member of the Broken Tee Women’s Saturday Golf Club and publisher of GottaGoGolf.com.

As golf courses reopen their bars and restaurants, here are some beloved apres-round destinations. 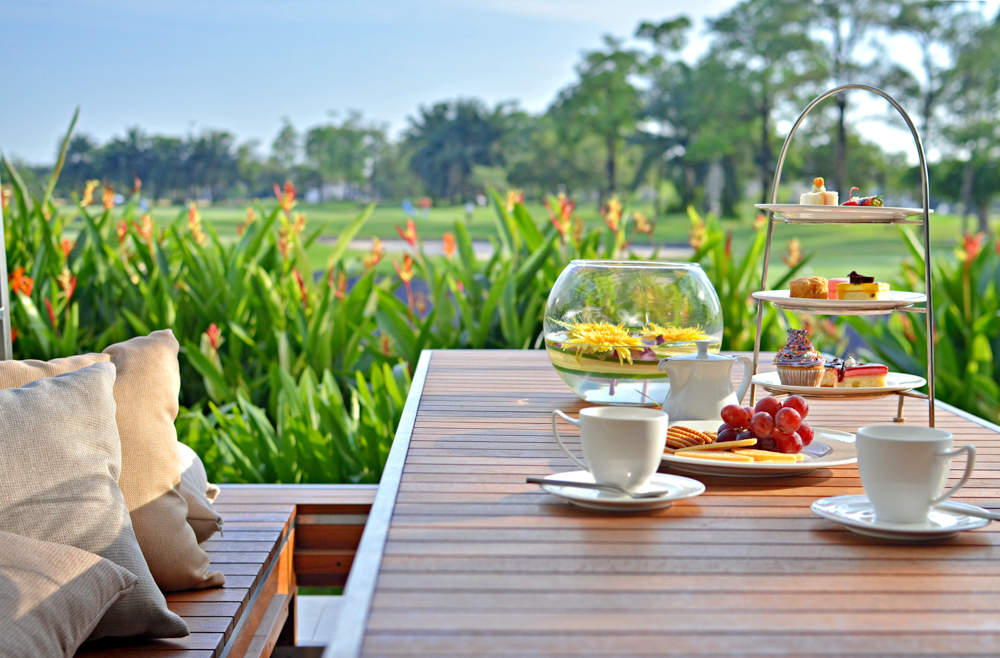 During the pandemic, golfers said goodbye on the 18th green. They missed the comradely ritual of sitting down and commiserating, or boasting, about their rounds over a cold beer and some nachos, or maybe a martini and a steak, at Colorado’s many wonderfully situated 19th holes.

Never fear, we’ve got plenty of accessible 19th holes you can play. Here are a few options, all of them within 60 miles of Denver.

City Park Golf Course, Denver: You’re going to want to bring your out-of-town visitors here to play one of the newest designs in the country and then enjoy the stunning view from the sleek new clubhouse. If you can’t get a tee time, take them to the zoo and then come across the street for the Friday prime rib special.

The Ridge at Castle Pines North: Snag one of the Adirondack chairs on the lawn outside Park Place on a Friday afternoon, and you’ll find yourself part of the gallery just above the 18th green, in position to applaud and good-naturedly heckle finishing foursomes. Or, just enjoy the distant views – especially when the summer storms make their way into Castle Rock.

Fossil Trace Golf Course, Golden: The Denver area’s top daily fee course invites guests to talk business over lunch or dinner at Schnepf’s, the restaurant that doubles as the 19th hole here. Plant your foursome on the patio and you can take in the foothills eye candy views or wager on whether finishers will carry the water to the 18th green.

Bear Dance Golf Club, Larkspur: From the renovated deck overlooking the practice range, players will want to linger over delicious food and signature cocktails. But Bear Dance doesn’t stop at the traditional: The pub has a golf simulator, so those who want to play another 18 can do so in Topgolf style.

Pole Creek Golf Club, Tabernash: As if the patio view of the Continental Divide isn’t draw enough, Bistro 28 fills tables with locals who know it serves some of the county’s most acclaimed dishes, at lunch and especially at dinner. For a sample, try to time your round to finish around 3 and enjoy the happy hour specials.

The Club at Flying Horse, Colorado Springs: The fancy Tuscan décor at the Steakhouse, in the clubhouse at the Weiskopf course, might make your sweaty foursome feel a bit unworthy, but happy hour in the lounge is not to be missed by anyone who loves their food and drink almost as much as their golf. Maybe the Air Force Academy will grace you with a show in the skies.

The Broadmoor, Colorado Springs: Guests who play the courses will want to soak up the history and views from the Grille. The Heritage Hall entry is lined with photos and mementos from the days of Donald Ross, Babe Zaharias and other golf notables. Inside, the tartan carpet gives the Grille a Scottish pub feel. But outside is where you’ll want to be, watching the tricky putts on 18 East and the changing skies around Cheyenne Mountain. The wonderful fire pit might keep you here after the sun sets, thanking your lucky stars for a stay at this luxurious resort.

Avid Colorado golfers greeted last year’s influx of newbies with a mix of delight and irritation, referring to them as the “blue jean people,” “noisy people,” “fun people” or “self-absorbed millennials,” depending on whom you talk to.

If there’s any culture clash, it’s over those Bluetooth speakers that sometimes even come standard on a golf cart. When their music is not your music, what do you say?

It’s easier if the question is asked. It’s harder if someone in your group simply cranks up the volume, and now you have to be the one to politely ask them to stop.

You could always get help. Broadmoor golf director Russ Miller hears Texans ’tunes from three holes away and asks them to turn them off. But if there’s a conflict among guests, he’ll split up the group. “If you stick together, it’s not going to be a fuzzy feeling between the four of you.”