Building autonomous mobile robots from a garage in Boulder, Colorado

While it’s no secret that their fulfillment and delivery teams have been busier than ever supplying customers with items during the pandemic, Amazon’s robotics team has been working behind the scenes to re-engineer bots and processes to increase safety in their fulfillment centers.

While some folks are able to do their jobs at home with just a laptop and internet connection, it’s not that simple for other employees at Amazon, including those who spend their days building and testing robots.

Some engineers have turned their homes into R&D labs to continue building these new technologies to better serve customers and employees. 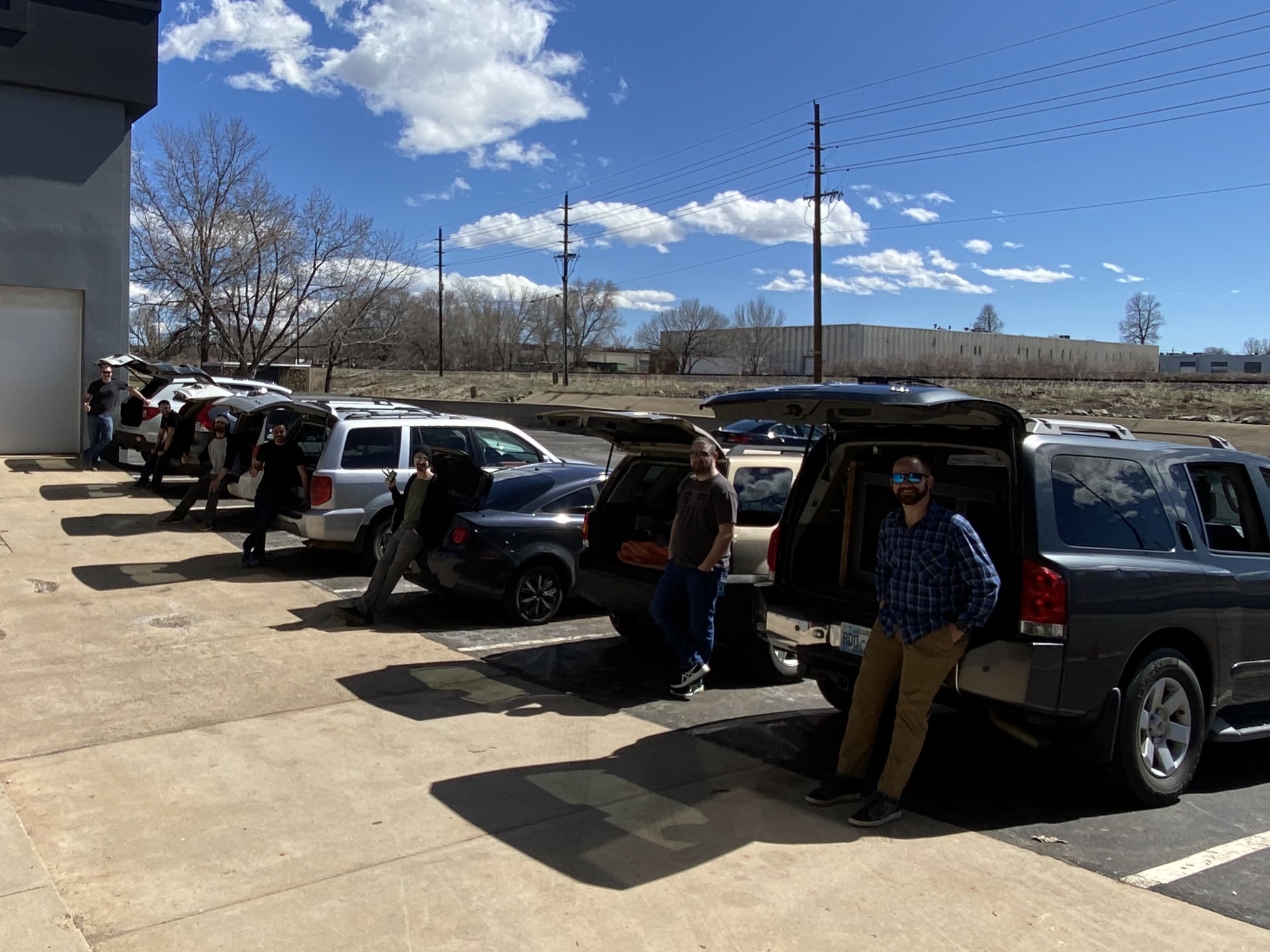 Canvas Team loading up to move equipment to their homes in Boulder.

By using state-of-the-art cameras and sensors, these self-driving carts perceive their continuously changing surroundings while computer vision allows them to adapt and self-direct their movement.

In March, this team made final preparations in support of a stay-at-home order from the city. In just a day, they moved testing and manufacturing equipment and core operations from a combined office and lab space to several team members’ homes.

Then the magic really began, enabling them to build, test, calibrate, and validate fully functioning prototypes of the next generation autonomous carts from home. 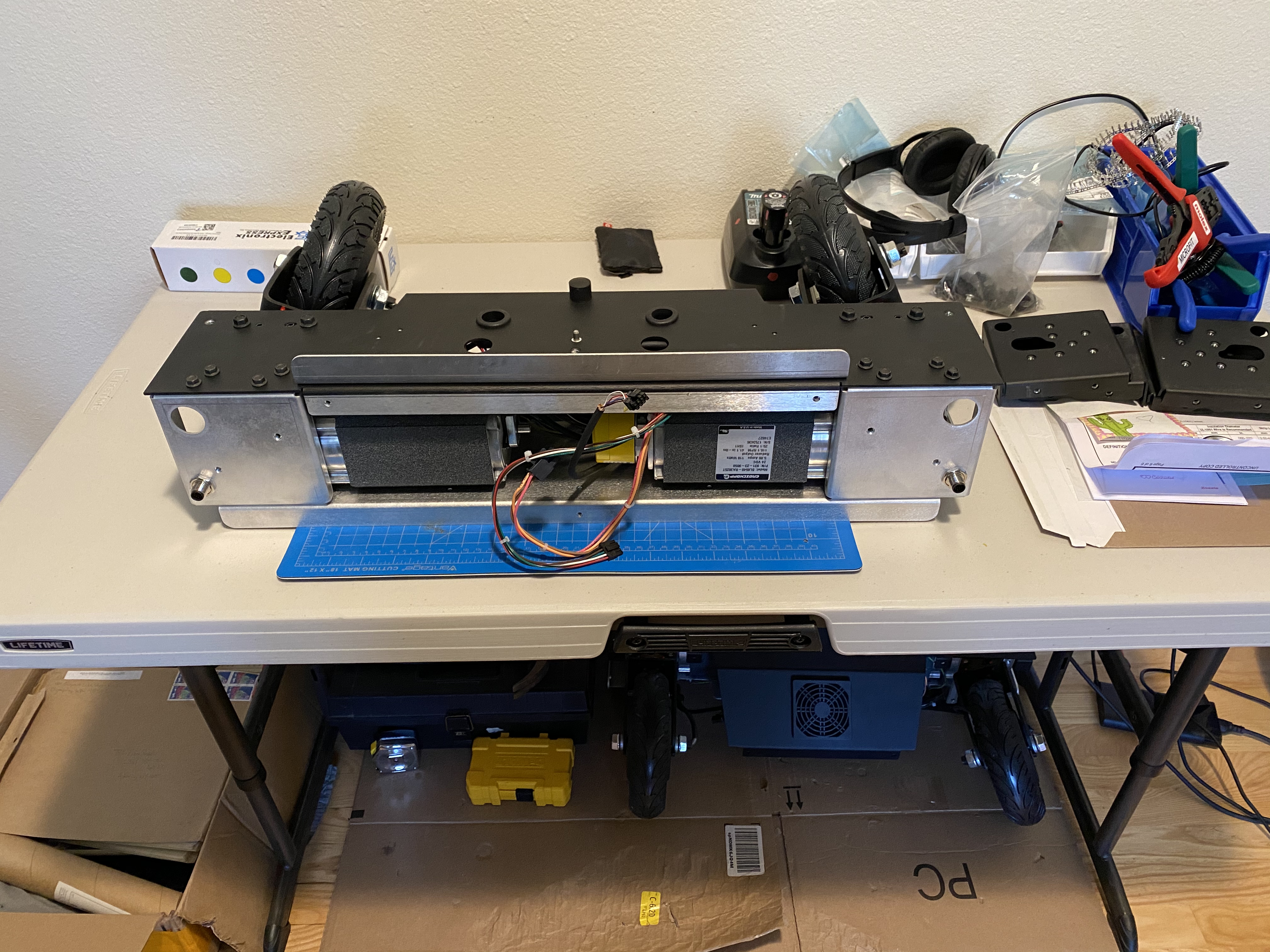 Evan’s hardware workbench in his apartment

Evan Snyder, a hardware support engineer, built the sub-components from a newly created work bench in his apartment living room. Evan then transferred the sub-assembly components to begin the full prototype build at the home of fellow Hardware Support Engineer, Mohamed Shanata. 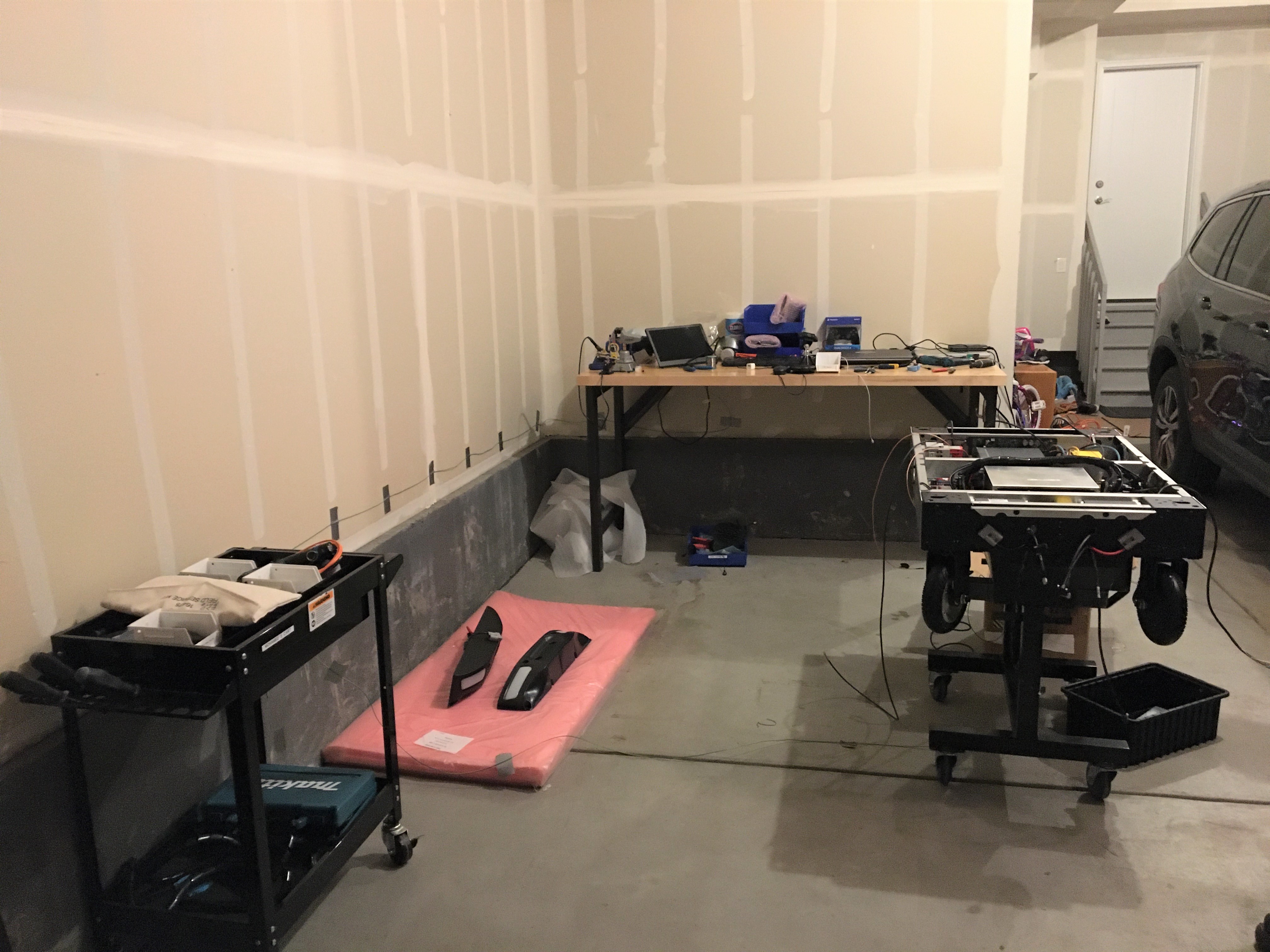 Within 24 hours from receiving the components, Shanata assembled a functioning autonomous cart in his garage, an outstanding feat outside of a lab.

Once the prototype was built, the robot was transported to the home of R&D technician, Noah Sharit, to implement and test the safety systems. From his garage, Sharit was actually able to improve on an early design of the safety system. 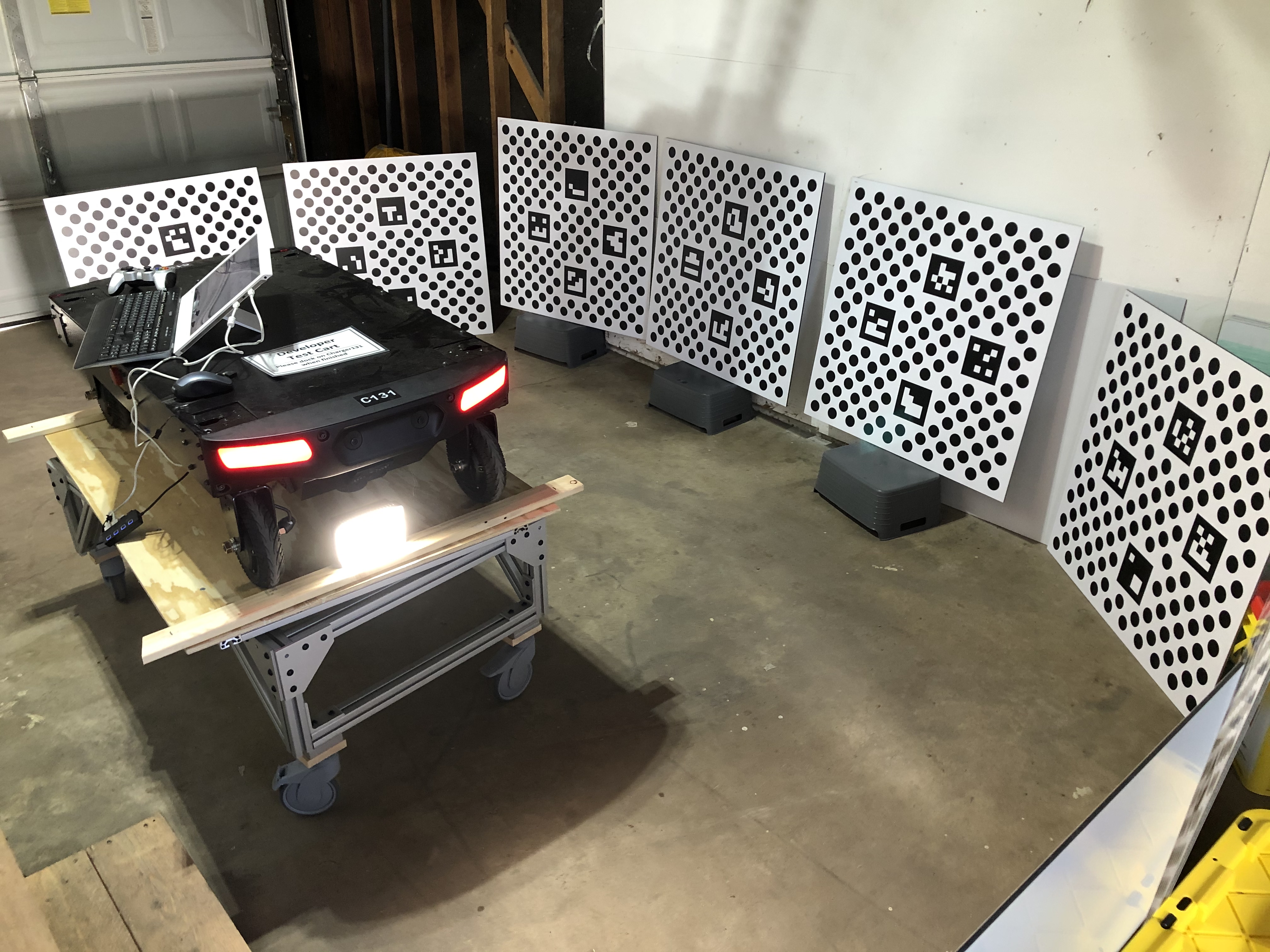 Finally, the robot arrived at the home of Fernando Nobre, a computer vision scientist who worked to improve the cameras by converting his garage into a calibration lab.

Here, Nobre implemented the technical processes to calibrate the camera systems to enable a 3D reconstruction of the carts’ surroundings—this way the cart could find its own path among conveyors, pallets of products and constantly moving equipment and people.

All in all, six robots circulated through seven team member homes, with precautions taken like disinfection on each transition.

As the autonomous carts become more common across Amazon Operations, the early innovations that came to life through  employees and their commitment to continue inventing in their Colorado garages will be most memorable.