At times overshadowed by conspiracy theories and punchlines about the since-scrapped automated baggage system, Denver International Airport hit an inarguable zenith during the pandemic, jumping from the 16th-busiest airport worldwide in terms of total passengers in 2019 to the eighth-busiest in 2020.

“That’s the highest Denver has ever ranked,” says Laura Jackson, vice president of air service development at DIA. “In 2021, we were the largest airport for United, Frontier and Southwest. To my knowledge, that’s never happened, where one airport was the largest station for three major carriers.”

There’s a pandemic-related asterisk: “Domestic travel has led the recovery, particularly in 2021 when borders remained closed. Prior to COVID, 95 percent of our traffic was domestic. At the core of the airport, we’re domestic and we’re serving domestic travel.” 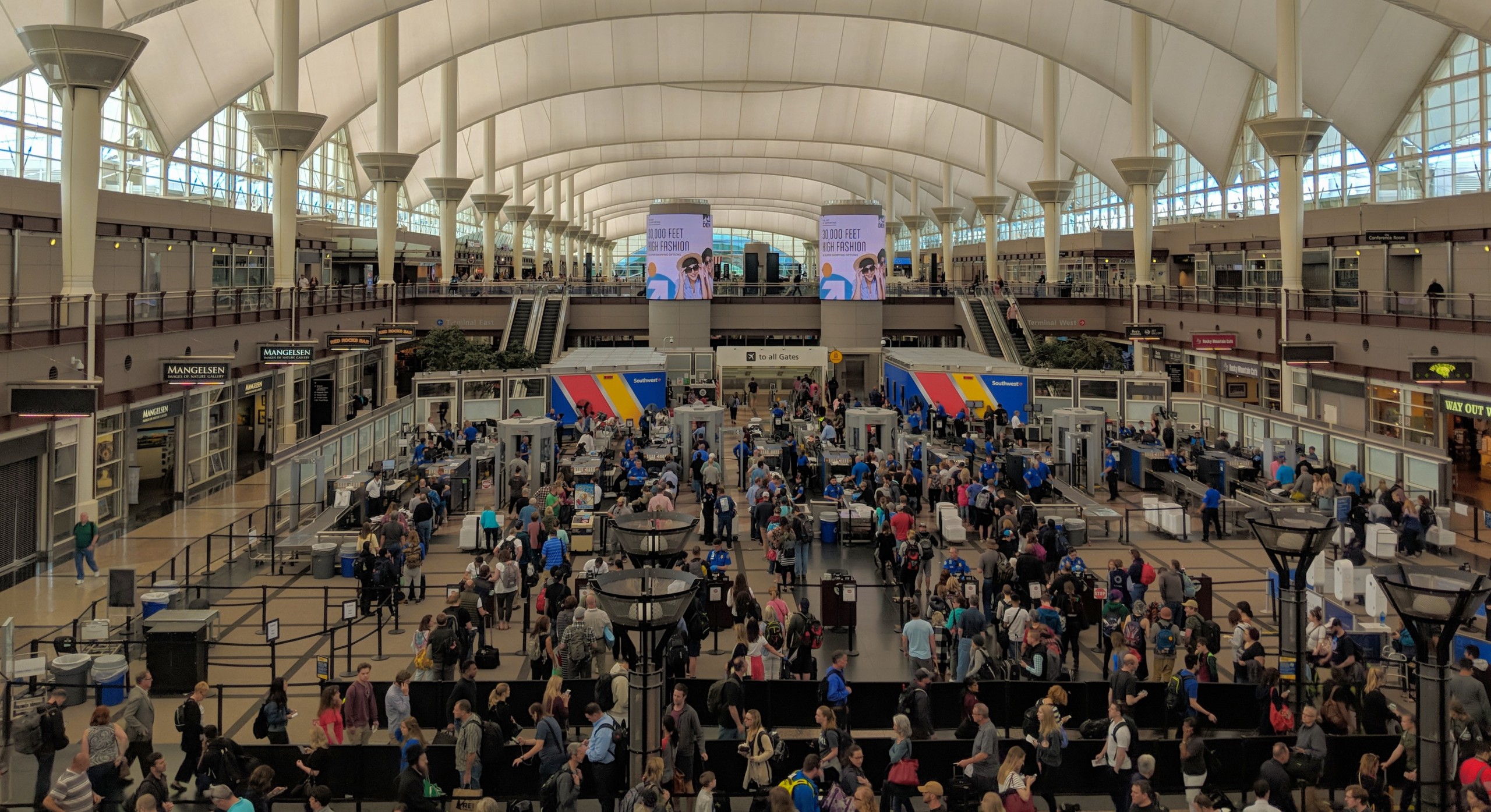 Can DIA maintain its lofty global ranking as a new normalcy emerges? Jackson is bullish. “The airport was built for 50 million annual passengers, so we were already exceeding that volume for several years going into the pandemic. We already had expansion plans in place to absorb the volume with the concourse expansion plan, building out new gates, and the Great Hall renovation.”

“Airlines follow two things: people and their money,” says Henry Harteveldt, founder of Atmosphere Research Group, a strategic research firm for the travel industry in San Francisco. “As Denver has attracted more people, airlines have responded by bulking up their flights at DIA.”

READ — Colorado is Seeing More Inbound Moves in 2022 Than Most Other States in the U.S.

The airport’s efficiency supports those decisions, he adds. “In San Francisco or Newark, you can’t have airplanes arriving and departing at the same time on parallel runways because you’re too close together. Denver was designed with airline hub operations in mind. Importantly, it has enough land so that if it needs to add more runways, it has the physical space to do so.”

Harteveldt says he sees a creative, flexible approach that works more often than not. “It’s not always whipped cream and strawberries at DIA—sometimes, the milk is curdled—but DIA works very, very well. Airlines stay at DIA because not only does it function well operationally, but economically the airport works well with airlines, too,” he says. 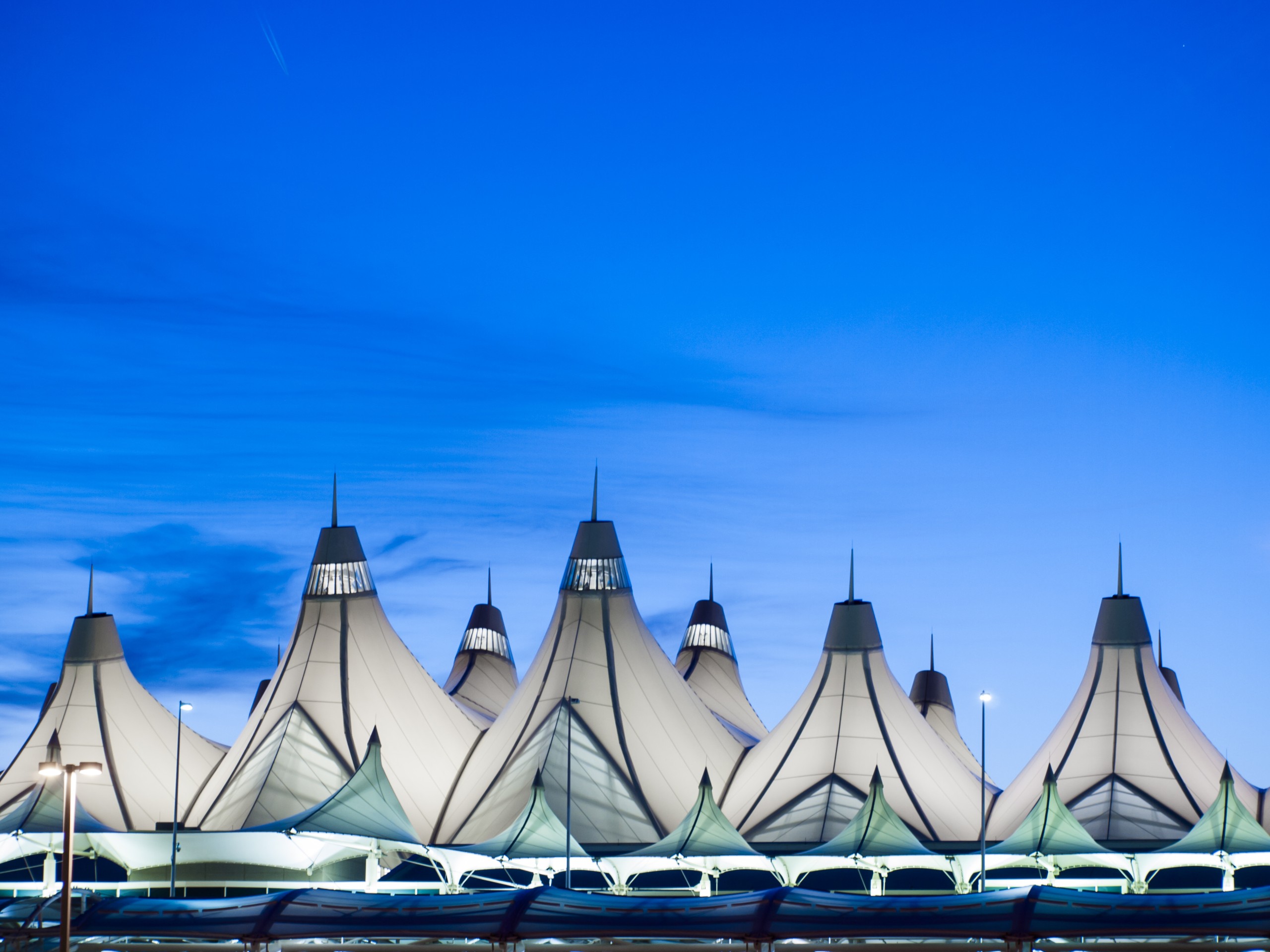 “We also have to acknowledge that the airline world today is not a normal operating environment,” Harteveldt says. “Not all of the airlines have reinstated all of the routes on their route networks before COVID. There are more than 50 cities in the U.S. that have lost or are losing their airline service.”

Harteveldt says the recovery of international traffic—traditionally about 25 percent of passengers, but closer to 15 percent in 2020 and 2021—will likely benefit other airports more than it will DIA.

“Denver’s place as number three is very impressive,” he says. “What will be impressive to me if it is able to maintain that position as other large hub airports see service reinstated. Will Denver be able to work with its airlines to regrow their route networks faster than other airlines at other hubs?” Harteveldt asks.

That said, the airlines are building on their already impressive operations at DIA. Chicago-based United Airlines started flying into Denver in 1937 and now has more flights to more destinations than any other carrier at DIA. The company employs about 7,000 people in Denver, including 1,000 at its Flight Training Center, touted as the world’s largest.

“Denver’s central location in the U.S. allows us to serve as a key hub for United, and in fact, we are one of our company’s fastest growing hubs,” says Matt Miller, United’s vice president for airport operations in Denver. “For Coloradans, United offers local travelers the most comprehensive global route network and is the Mile High City’s most reliable airline—with more on-time departures than any other major carrier for six years running. “

Miller says about 60 percent of United’s traffic at Denver International Airport is tied to connecting flights, but the location also makes it an ideal conduit to the slopes. “We have the most daily seats to ski destinations of any domestic airline, making us the airline industry’s gateway to skiing,” he says.

READ — Why Colorado? Come for the Mountains, Stay for the Culture

Expanding to DIA in 2006, Dallas-based Southwest Airlines has about 5,000 employees based in Denver—“and we’re continuing to grow that number,” says Jason Van Eaton, senior vice president of real estate and government affairs and executive ambassador to Colorado for Southwest.

Fresh off ribbon-cutting at a new $100 million maintenance hangar at DIA in March, Southwest opened 16 gates at the airport in May, giving it 40—more than any other airport on its map. “The real story around growth is in Denver. We have been growing by leaps and bounds in this market. It’s either our largest or close to our largest market in any given month.”

DIA emerged as Southwest’s busiest airport as social distancing became the norm in 2020. “People were really trying to spread out. We saw our traffic really focus on people going to the beach and people going to the mountains,” Van Eaton says. “In September, we’ll be at 275 daily departures to 90 destinations. We only serve about 120 total, so that puts it in perspective of just how much of our network you can reach from Denver.”

Van Eaton credits leaders like former Denver Mayor Federico Peña for their forward-thinking approach in the 1980s. “The city was visionary when they built DIA,” he says. “An airport is an economic engine in every city that it’s in. When you have an economic engine that can continue to grow to meet the demands of the city, you have something special—and that’s what Denver has.”