Executive Wheels: The 2020 Fiat 500x AWD leaves much to be desired

Despite its size, handling and the modern upgrades in entertainment and safety, one simple deal breaker remains

Back in the day–way back in the day, say in the early to mid-1970s–I owned a Fiat 128, which I bought brand new, and my recollection was that I chose that car over others based on two points: first, price, as in it was cheap; second, being Italian it had a little more coolness cache than a small Chevy of Ford. A friend of mine at the time had a sporty Spider. He was way cooler than I.

After a period of time, and some bad publicity, Fiat exited the North American market in 1982, and it would be 27 years, in 2009, when the badge returned–a return in conjunction with the Fiat Group acquiring a 20% stake in the US automaker Chrysler.

My next encounter with Fiat was on a 2007 vacation to Italy, where I was impressed with the Fiat Panda, a small, 4-seater sedan that was available in an All Wheel Drive format. I knew there were rumors of Fiat returning to the American market, and I thought a small AWD vehicle would be a positive entry. But Fiat, now 11 years back in the American market, isn’t doing all that well: it ranks dead last in brand sales in the first half of 2020, with barely 1,400 in unit sales and down 53.7% from the same period in 2019. Indeed, Alfa Romeo, a related brand, outsold Fiat so far this year by 2 ½ times. That’s not just not doing well, that is dismal.

Over the last 11 years I have driven a few Fiats as an auto reviewer, and I can’t think of anything I may have written that would come across as a rave review. The Fiat 500–the basic platform the brand has taken in the United States this time around–is not a bad vehicle. Indeed, it is a kind of fun little car, truth be told. But it is not special, and in this age when everyone is making smaller cars, there are a lot of special ones out there.

This relatively new (2016 model year), slightly beefier 500 with AWD is, I guess, Fiat’s attempt to try and get something special into the American market. There is no doubt that the Fiat 500, and even this 500x, are popular Italian and European cars; they are more widely known there, and are sized like most of the vehicles on European roads. But I suspect that here in the US this shape of car will have a problem getting traction (no AWD pun intended). 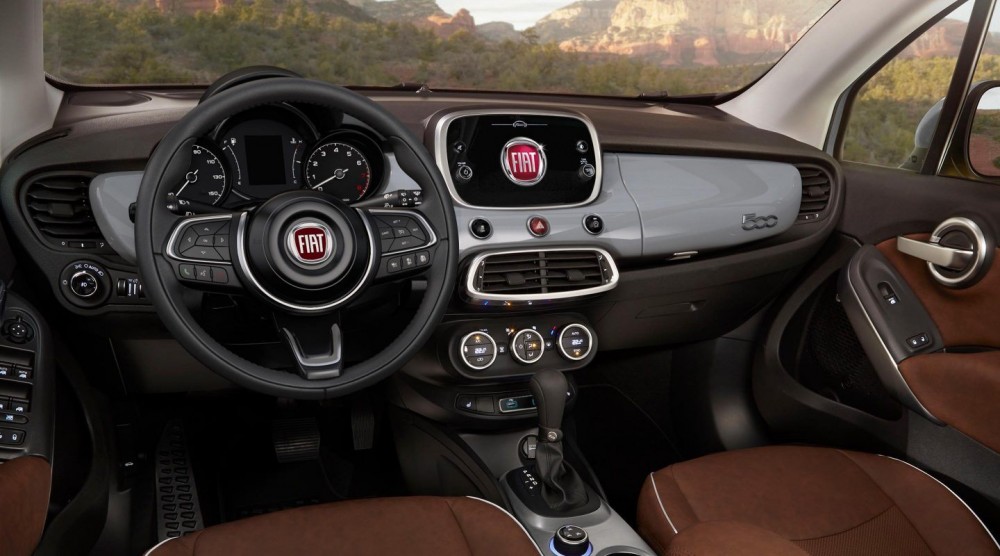 The 500x is closely related–read: pretty much the same vehicle–as the Jeep Renegade, and as a SUV variety, the Renegade has a much better chance to meet American buyer’s tastes. And the American buyer can be brutal: they don’t buy many Fiats, but I met several people over the course of my week-long test drive who reminded me that F-I-A-T means “fix it again, Tony.” Almost no one knows the car, but almost everyone knows the pejorative. That can’t be good.

Having said all of that, and having given the impression that my feeling about this 500x is tepid at best, I must say that in many respects I enjoyed driving the car. It has all of the modern stuff in both entertainment and safety–through either standards or in the $7,000 or so in add-ons on my test-drive model. It’s a nice size–not too small (like some of the 500s) and not too big, with a little heft that makes it feel like it would stay on the road. The handling was pretty good; in fact, once I was up to speed on the road or out on the highway, the car responded admirably to driving commands. It was also very quiet with little or no road noise–unusual for this type of car, to be frank.

But there was simply one deal killer. This Fiat 500x Trekking trim features a 1.3-liter I4 engine with a turbocharger that puts out some 177 horsepower. A 1.3-liter engine, which is the smallest I have come across in any vehicle in quite some time, worries me because I would constantly fret that it would run too hot, work too hard, to handle the highway and commuter traffic, much less off-roading which is one of Fiat’s selling points on the AWD.

But what really got me–the deal killer–was the turbo lag. Throughout my entire week-long test drive the very annoying hesitation between when I put the hammer down and when the hammer delivered often times scared the bejeebers out of me, like I wasn’t going to make the turn before the oncoming traffic hit me. This bugged the hell out of me all week, and if I owned this vehicle it would drive me nuts constantly. The gas mileage–24 mpg city/30 mpg highway/ 26 mpg combined–is some consolation, but not much.

That they had to add-on about $7,000 (including $1,495 in destination charges) to get a vehicle equipped in what I have come to know as the standard package is troublesome.

The whole time I was driving the 500x I kept thinking that for this kind of money I would much rather have a Subaru Crosstrek. That can’t be good for Fiat.