Meet Denver's young leaders—CEOs, VPs and architects—shaping the modern world of business in our Centennial state. 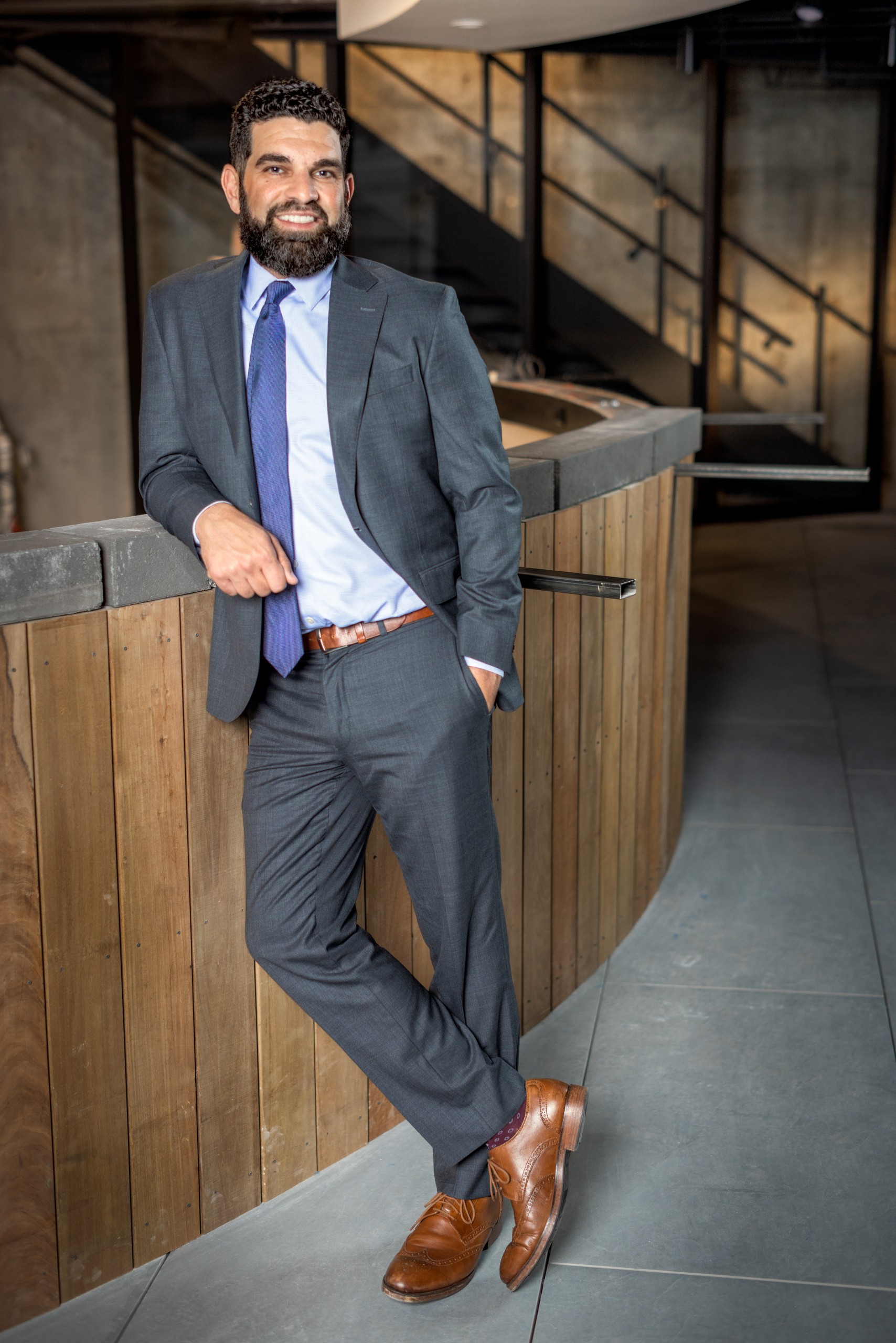 Shortly after joining Delta Dental of Colorado in January 2020, Adeeb Khan had to quickly shift the strategy for the nonprofit dental-benefits company’s foundation because of the COVID-19 pandemic. Among the measures he undertook: helping to craft the foundation’s $30 million COVID relief plan, which included $2 million in funding to 55 of Colorado’s 64 counties. The plan also included a low-interest loan program for dentists who provided relief support during the shutdown, marking the first time the foundation used investing as part of its strategic approach to community impact. By September 2020, Khan began working with the foundation’s board to set a new strategic direction in support of its mission to elevate the well-being of all Coloradans by advancing oral health equity.

Khan also designed and launched the foundation’s impact investing strategy that includes offering low-interest loans for nonprofit/public dental clinics for capital expenses. In 2021, the first year of this strategy, the foundation awarded $2.7 million in loans for the development of three new clinics across the Denver metro area.

Khan has dedicated his career to working in the nonprofit sector. In 2020, he was appointed by Gov. Jared Polis to serve on the Early Childhood Leadership Commission for Colorado. He is currently chair-elect of the Denver Metro Chamber Leadership Foundation board and serves on the advisory board for the Daniels College of Business at the University of Denver and the board of directors for Executives Partnering to Invest in Children (EPIC).

Khan, whose parents immigrated from Pakistan, was raised in Wyoming and has been in Colorado since earning his undergraduate degree here. He’s visited his parents’ home country numerous times, and that experience has made him grateful for having been raised in the United States where opportunity abounds. It’s also clearly fueled his desire to give back. 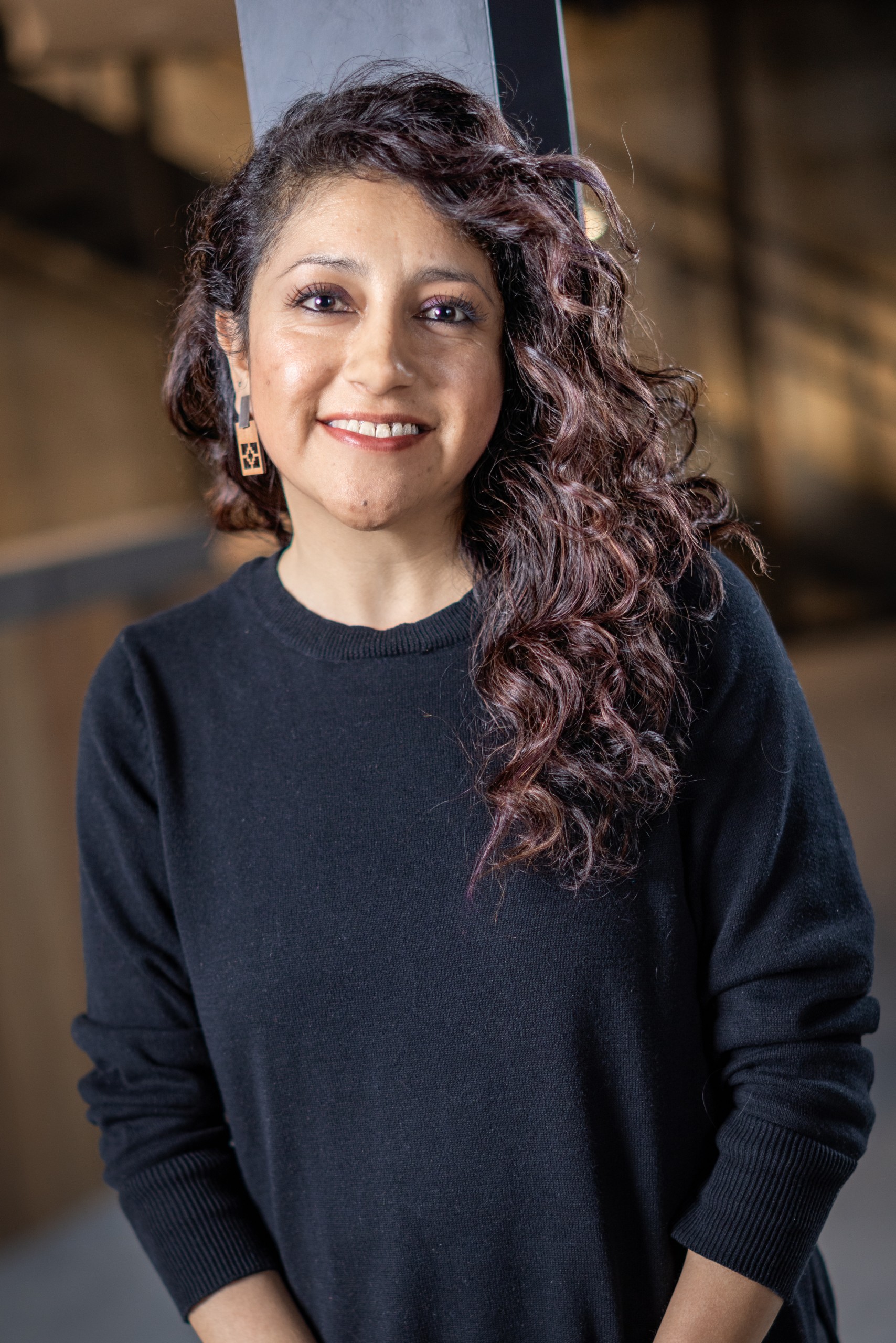 As a Denver native, Denise Gomez has positively impacted thousands of individuals and families, displaying leadership that was evident in her teens when she was student council president at Denver East High School. Professionally, she’s worked with several organizations, including Latino Community Foundation of Colorado, Emily Griffith Foundation, Kellogg Fellows Leadership Alliance, and Nonprofit VOTE, among others.

Gomez came aboard Rocky Mountain Communities (RMC), an affordable-housing nonprofit, in early 2020, initially as director of fundraising and equity. Shortly thereafter, the pandemic hit, and her role shifted to meet the needs of the community; in little time, she was elevated to vice president of Strategic Impact and Integration for the organization.

Because some employees left RMC amid the pandemic, the organization’s resident-services team went from six people to one—Gomez. Through her role as the leader of resident services (which she was not hired for but eagerly took on) she took the services to a new level. For example, to support those living in RMC’s affordable housing communities and to provide equitable access to vaccines for its residents when vaccines became available, she connected with other community organizers to host vaccine clinics for residents and staff at the organization’s properties.

At the same time, she supported the organization’s quest to bridge the technology gap that became apparent when the pandemic hit. Gomez worked to design and implement a vision for a laptop program, which started as a pilot at one property and expanded to offer all 1,000 RMC residents a laptop, tablet and Wi-Fi.

The fact that Gomez’s family had lived in Townview, the affordable-housing community that she now supports, makes her work even more rewarding and fulfilling.

“If we can impact our residents in the way my family was impacted all those years ago, we know that what we are doing is working,” she says. 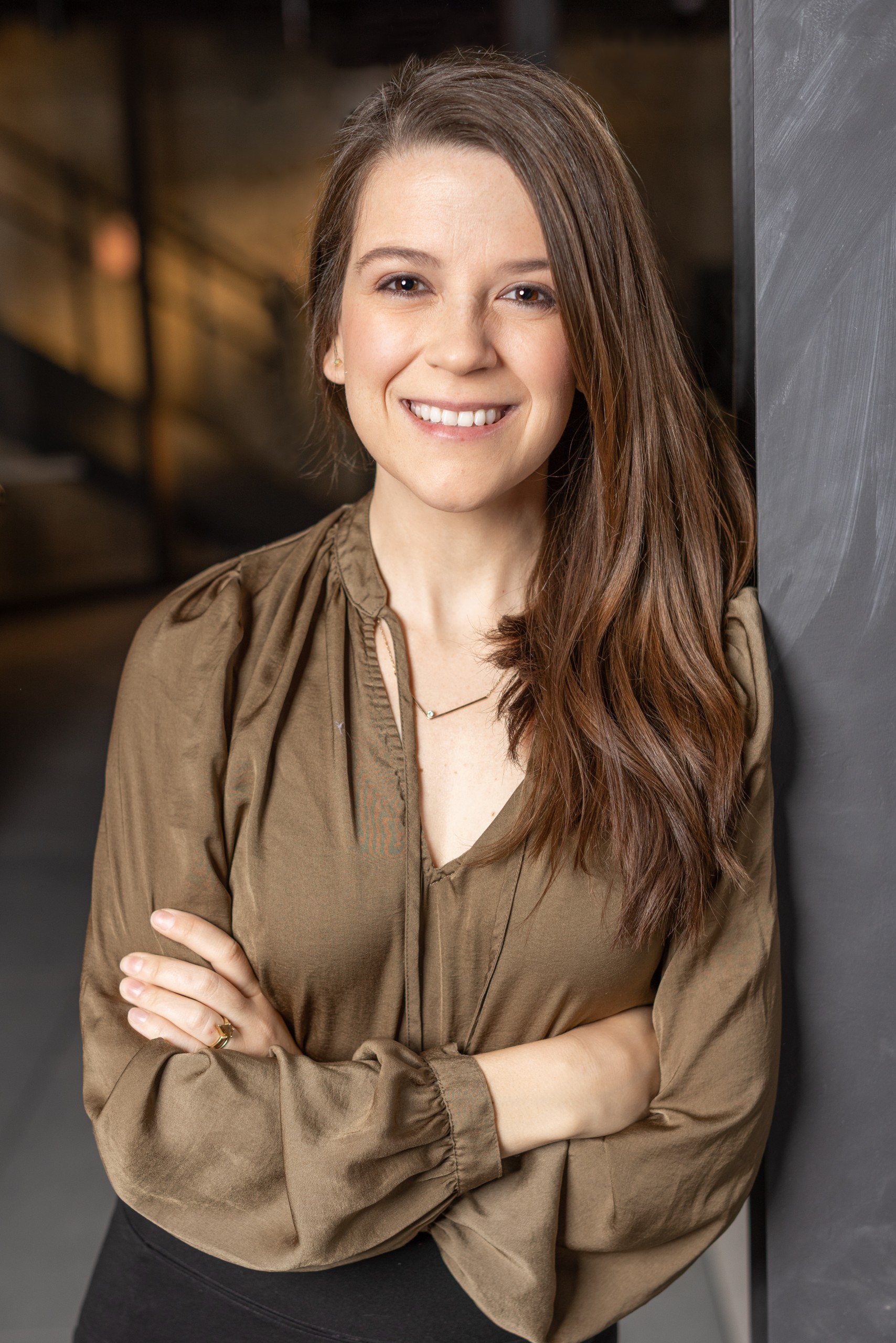 As one of the earliest new hires at the new SmithGroup Denver office in 2019, Rachael Yee stepped in to build and nurture the new office culture of this rapidly expanding arm of the international architecture, engineering and planning firm. Currrently she is the chair of a combined Denver and Phoenix SmithGroup Justice, Equity, Diversity and Inclusion committee and is helping create and build a human-centric and empathetic industry.

Yee has been a part of two architecture firms in her young career: Huelat Davis (an expansion to Denver’s Davis Partnership) and SmithGroup Denver. Both were budding office locations that brought her on to help establish a working and productive studio, where she has helped build programs and culture. At Davis Partnership, she helped develop and maintain a robust involvement with the Denver Architecture Foundation Cleworth Architectural Legacy Project (CAL) Project, which brought architecture education to K-8 classrooms, inspiring students to think critically about built environments. She continues this leadership role at SmithGroup, originating and leading the SmithGroup CAL volunteer cohort.

The University of Denver graduate also stepped into leadership roles with AIA Colorado, (American Institute of Architects) including co-chair for its Justice and Equity Task Force.  She also served on the AIA Colorado Advocacy Task Force to help build a culture of belonging across the state for widely dispersed membership and representation.

Yee currently serves as AIA Colorado’s past president, assisting the board in implementing and activating its imperatives and goals.

Previously at Davis Partnership, where she was recognized as a rising star, Yee was asked to move cross-country to help build the architecture department at the firm’s new East Coast office location. As a small team, and with Yee as the youngest professional of the group, they developed a client base, nurtured relationships, collaborated with the existing interior design discipline at the new office and helped pilot a series of new virtual collaboration tools. Upon returning to the main Colorado office, she helped mesh the two office cultures together and strengthen relationships among colleagues. 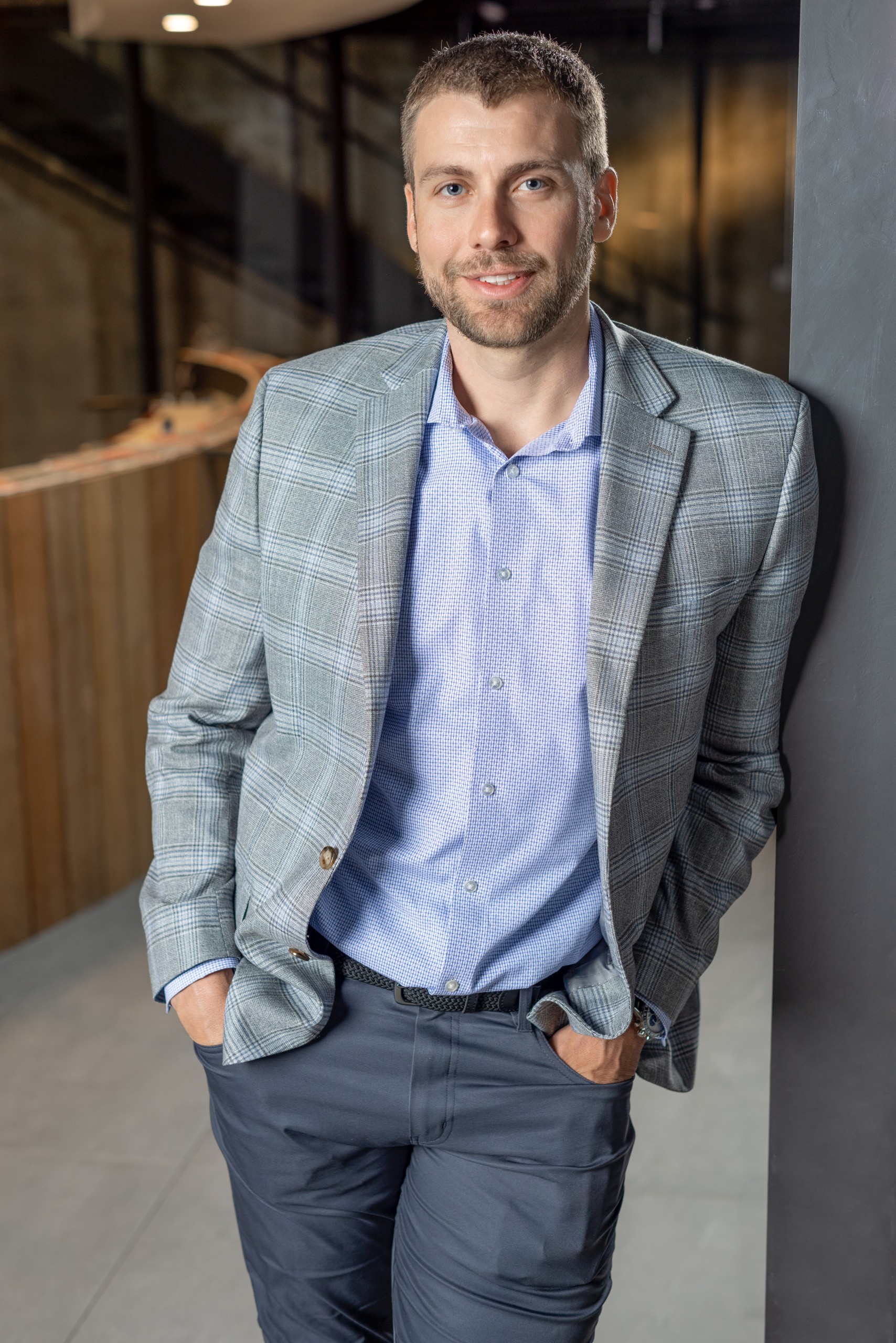 Chris Picardi has a unique ability to see a better way of doing something – and take action to make it happen. For example, he saw a gap in the market when it came to servicing Colorado-based private equity groups, so he spearheaded KeyBank’s effort to become a leading provider of credit and banking services to these groups. As a result, KeyBank is filling a niche of financing the purchases of portfolio companies for the city’s most prominent investor groups. Picardi and his team have established themselves as a go-to resource for these complex transactions.

He’s also taken an active role in helping Key redefine the way it provides small business financing to minority-owned businesses. Until now, the process has been decentralized and handled on an ad hoc basis in each market. Picardi is one of a small group of company leaders currently working to centralize this program, with the goal of making it more impactful to underserved small business owners by making it more structured and strategic. As the middle-market liaison for this initiative, Picardi is attending national conferences, serving on the planning committee for how the company tracks the investments it is making, and having a hand in reshaping the way the company meets the needs of small business owners across its footprint – all just seven months into his new, expanded leadership role in Colorado.

Picardi joined KeyBank as a licensed retail banker in 2012 and has been promoted six times since, most recently in July 2021, when he was named senior vice president and middle market manager for the KeyBank Colorado Commercial Banking team. In this role, he oversees seven commercial bankers and has responsibility for KeyBank’s entire middle market portfolio in Colorado. At 38, he is one of the youngest middle market team leaders in all of KeyCorp, leading one of the largest teams both in terms of employees and book of business.

Picardi describes transitioning from an individual producer to a team leader as his greatest professional challenge so far, but it’s one in which he is clearly thriving. 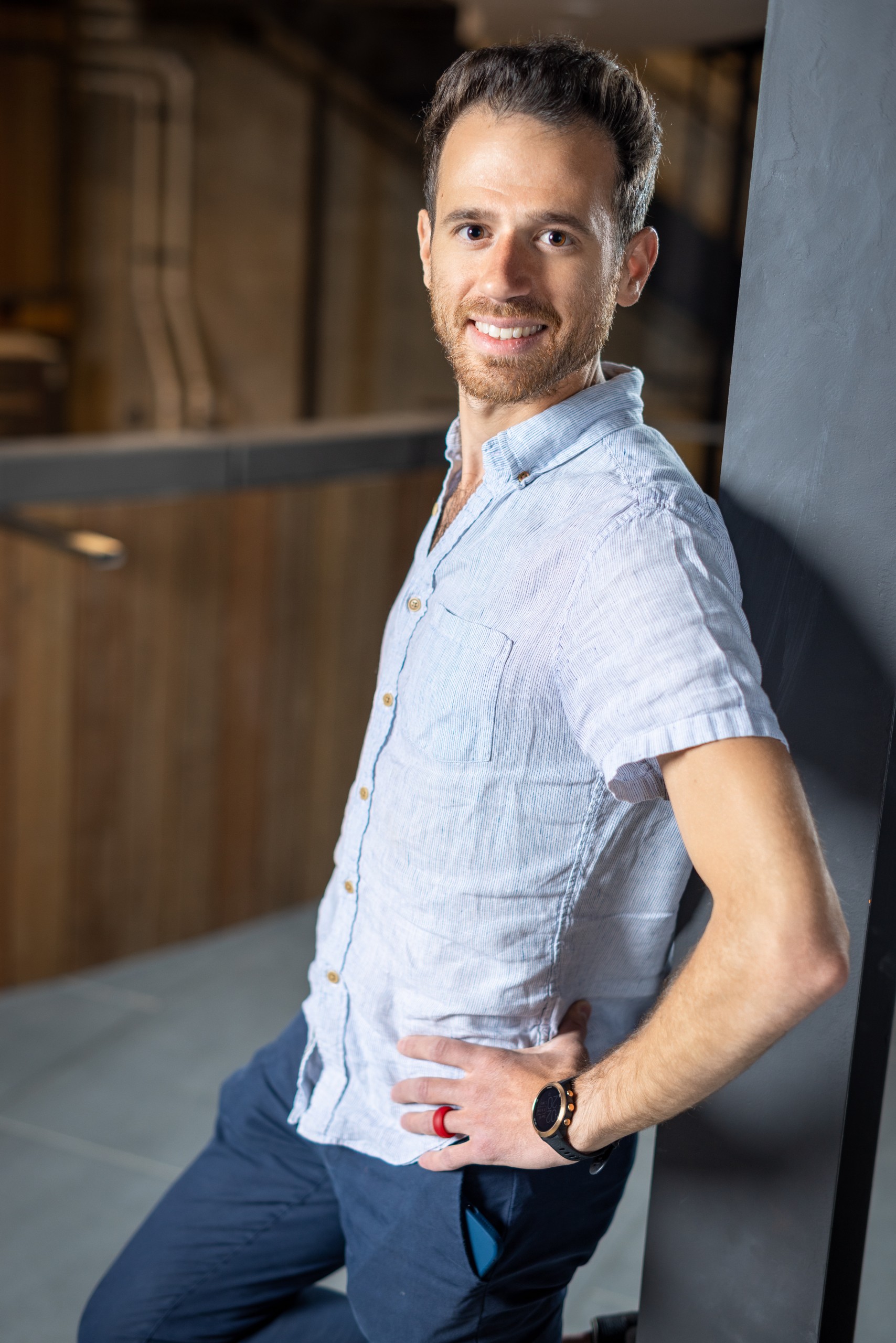 Phil Dumontet’s entrepreneurial zeal was evident when, fresh out of Boston College, he launched a service called Dashed, which grew to be one of the largest independent restaurant delivery services in the Northeast. Shortly after being named to Forbes’ “30 Under 30,” he sold Dashed to Grubhub in August 2017.

Impressive stuff, but Dumontet was just getting started. Less than a year later, in Boulder, he co-founded Whole Sol Blend Bar, an organic and whole-food eatery and smoothie bar that was an outgrowth of his passion for running and healthy living. Dumontet is an avid marathoner who consistently finishes in the top 20 for his age group. In fact, the idea for Whole Sol came about in training for the New York City Marathon with Alexa Squillaro, who holds a master’s of science in nutrition from Columbia University. Together they launched Whole Sol. The concept has grown to five locations with two more in the works. Three of the new Whole Sol openings occurred during the pandemic, and the company hired 64 new employees during the labor shortage.

Dumontet is also an accomplished and passionate writer, having contributed to The Washington Post, Business Insider, Fast Company and Inc. Magazine. He’s also passionately involved in the Boulder community, currently serving on the Downtown Boulder Partnership board. In addition, he created the “Boulderthon,” a movement whose goal is to produce a world-class marathon in Boulder with a downtown finish.