Check out these awesome outdoor products made by Colorado, for Colorado. 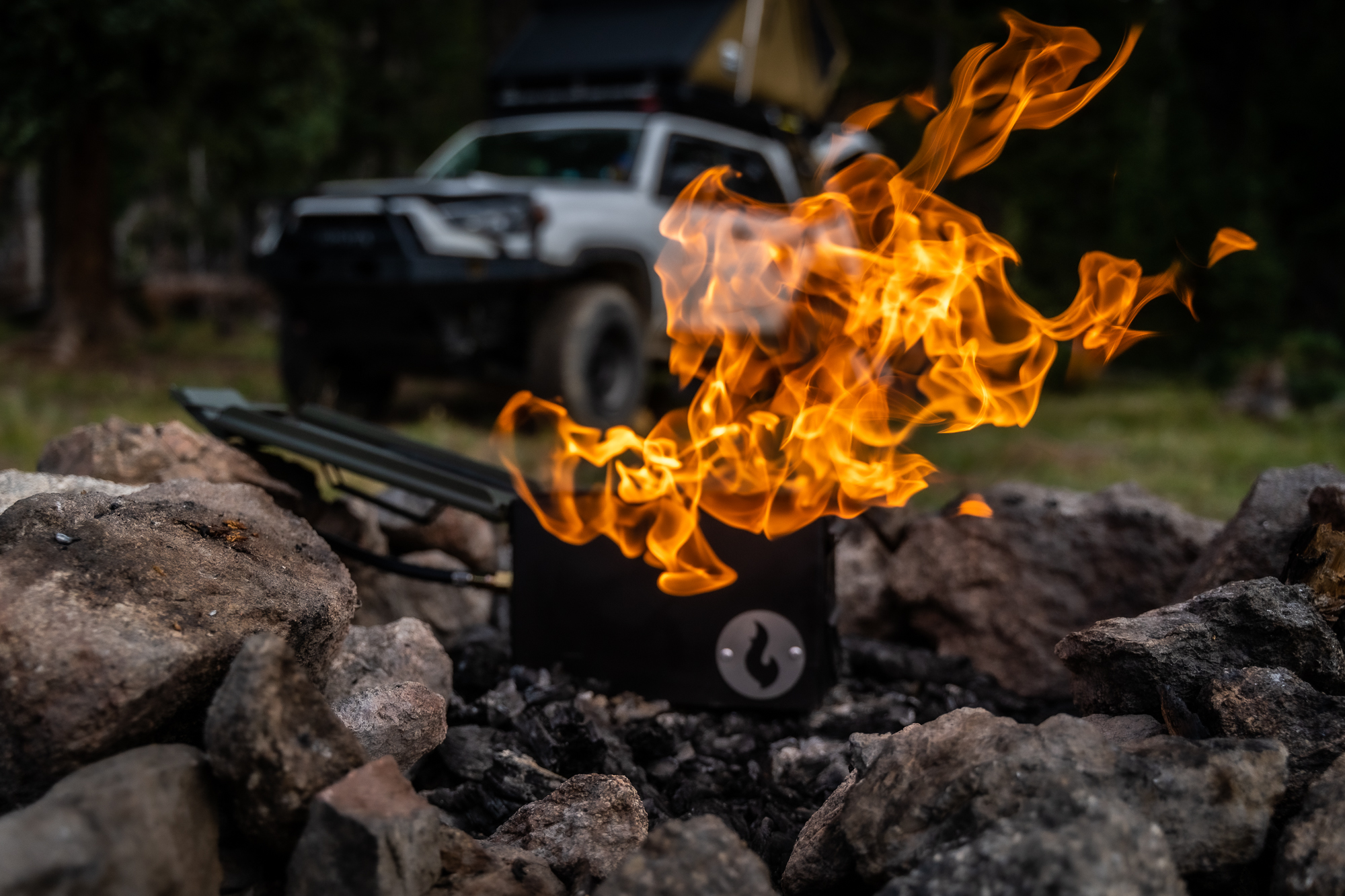 Joshua Thurmond’s background as a rafting guide led to the launch of LavaBox in early 2021.

A fellow board member at the Colorado Whitewater Association asked Thurmond if he could come up with something better than the big, round fire pits used on overnight trips. “I said, ‘Yeah, I can make one out of an ammo can,’” he says. “I went home, made a whole bunch of them, and I think it was the seventh iteration that was the winner.’”

That was the LavaBox. “It was a COVID crisis,” Thurmond says. “I wanted to do something totally different, and just went for it. I have no background in manufacturing and no background in driving sales.”

Now assembled by a growing crew at an 8,000-square-foot facility, the compact, propane-powered product avoids fire bans. Thurmond also designed a grill and grate to round out the catalog. “Pretty soon, we had every retailer knocking at the door,” Thurmond says. “We just went from zero to hero out of the blue. Now we’ve sold thousands of products.” 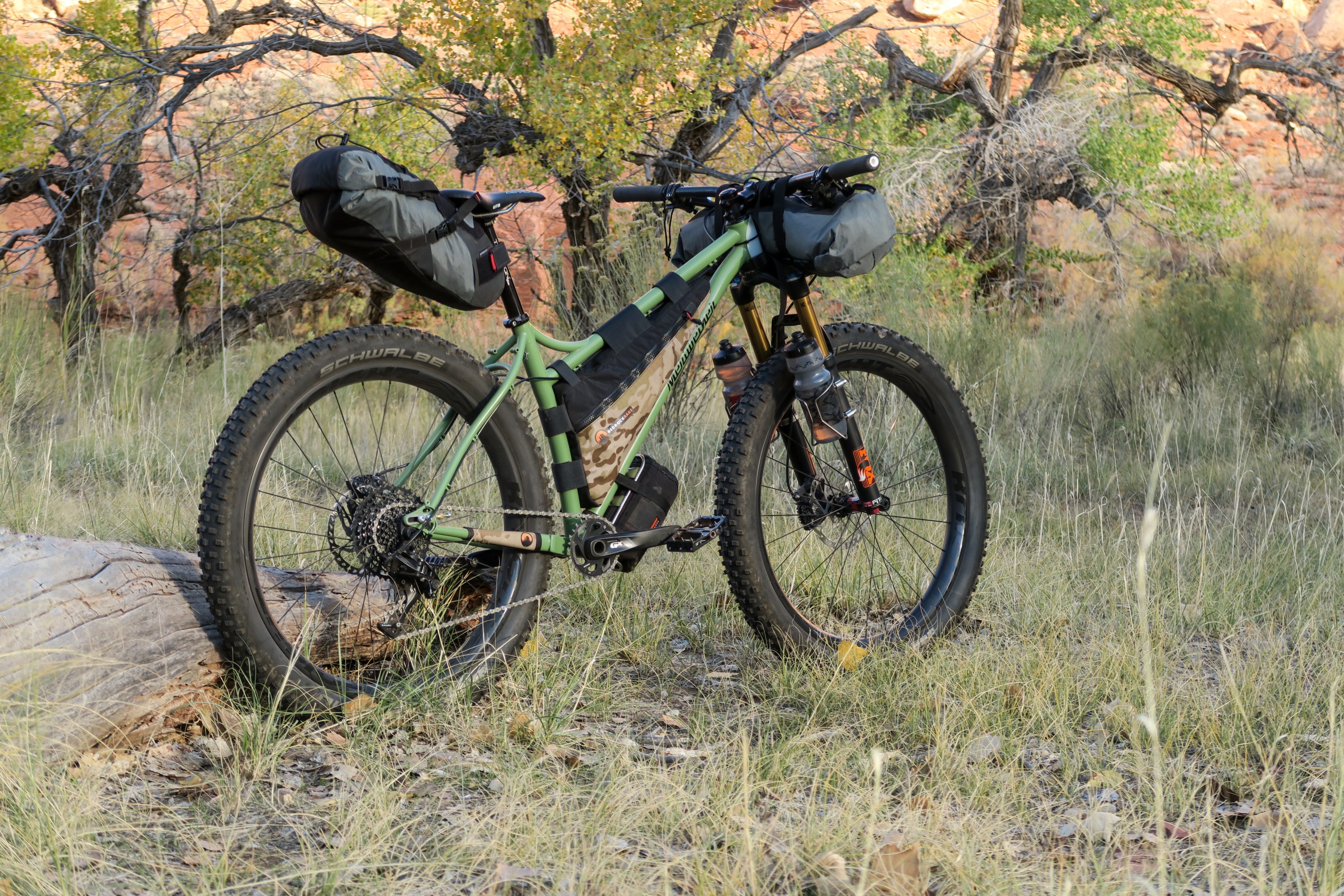 Joey Ernst owned a bike shop, Velorution Cycles, in Durango when Andrew Wracher showed him some bike packs he’d made. “I was like, ‘If you make these, I will sell these,’” Ernst says. “He went home and started Bedrock in his spare bedroom.”

Wracher and Ernst took the business partnership one step further by moving the manufacturing operation into the same space as Ernst’s shop in 2015. Sales immediately quadrupled as bike packing boomed in general, and their manufacturing business supplanted the retail business entirely.

Thousands of bags later, the five-employee company “does a few things really well,” says Ernst, who has been in the bicycle business since 1997. “We have decades of sewing experience under this roof, even with just five people. Combining those two, as opposed to just being into bikes and then starting to sew or being into sewing and making stuff for bikes, allows us to come at it from a very holistic perspective.”

» Made by Bedrock Bags, Durango 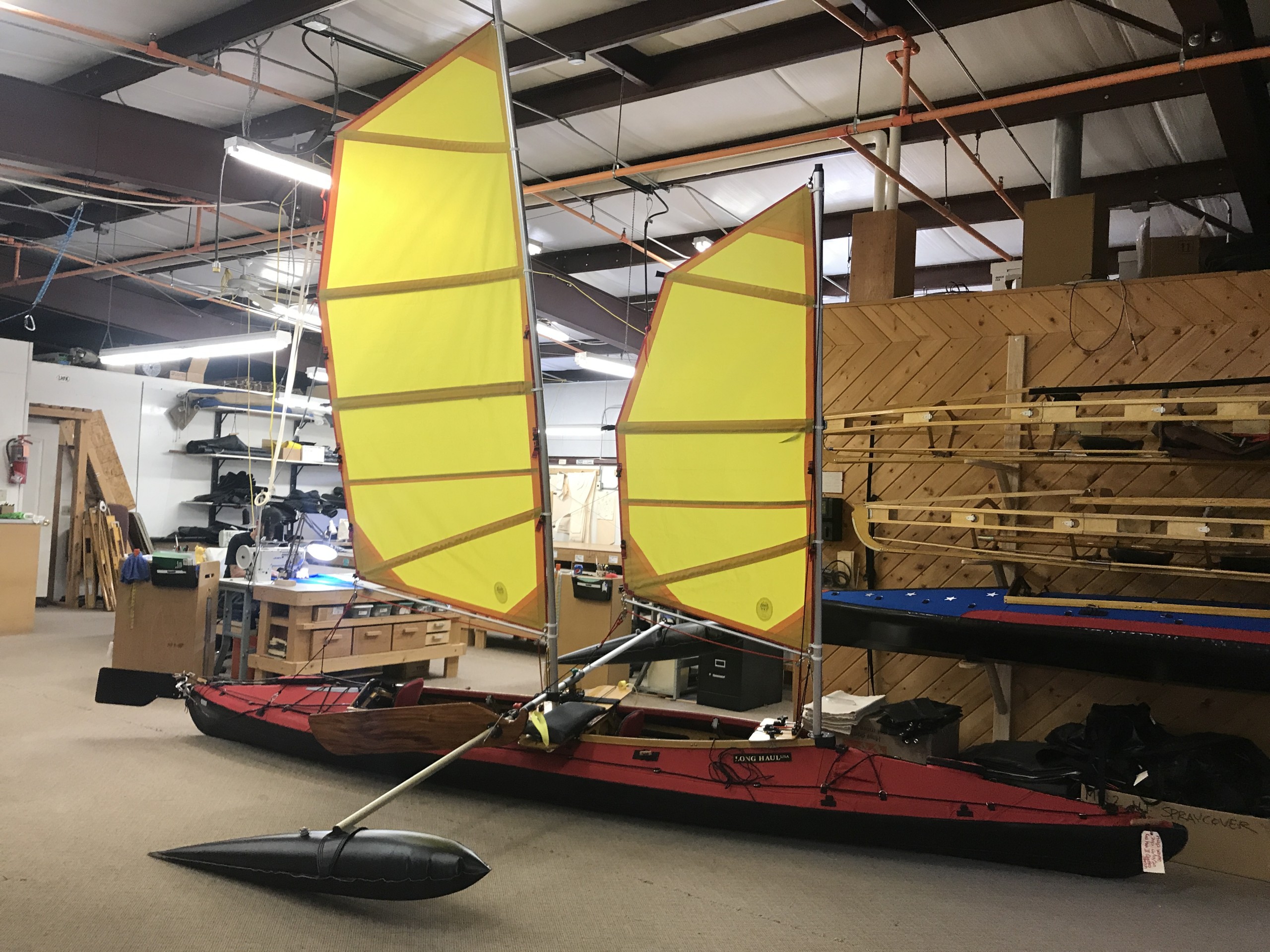 Master boat builder Mark Eckhart started working with folding kayaks while he was a firefighter in Westminster. He developed a relationship with Klepper, a German manufacturer, and repaired their boats when he wasn’t at the firehouse. “That all crumbled, so I started to make my own boats,” Eckhart says.

He moved to Cedaredge in 1998 and has built “around 700 or 800” boats as of 2022, including numerous orders for the U.S. military. Beyond folding kayaks, Long Haul also makes a folding kayak branded the York.

Eckhart says tried-and-true craftsmanship is a big differentiator. As most manufacturers moved to aluminum and plastic frames, Long Haul stuck with wood. “The wood frame, when they’re done right, is the best frame,” Eckhart says. “How many products do you buy that can last for 20 years? One reason for that is because the boats are built damn good.” 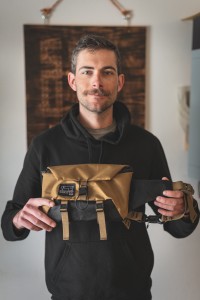 Adam Nicholson moved from Denver to Winter Park to open the Trailhead, an outdoor shop, in late 2019. It closed for four months in the early days of the COVID pandemic, leading Nicholson to try his hand at sewing bags. “I borrowed my mom’s sewing machine and sat down at the kitchen table for days on end,” he says. “I got a little obsessed with it.”

The endeavor morphed into San Util Design, and Nicholson went full-time with the business after a Kickstarter campaign in late 2021. He traded in his mom’s sewing machine and got two industrial machines and a 500-square-foot workspace. “In classic fashion, I go all-in with anything I start doing,” Nicholson says.

San Util now offers tool rolls, six-pack beer totes, frame packs, and a variety of other bags and pouches. Nicholson says his products are “more utilitarian” than the big brands’ bags. “Why do I have nine pockets? I only use
one of them.”