While some states like California and New Jersey have seen years of exodus, Colorado has remained a popular destination for those looking for change of scenery.

In response to the rise of remote work in our post-pandemic world, Americans across the country have been moving far and wide away from places they’ve called home for years. While some states like California and New Jersey have seen years of exodus, Colorado has remained a popular destination for those looking for change of scenery. In fact, the U.S. Census documents that Colorado has gained 760,180 new residents over the last decade.

With the Rocky Mountains in our backyard and the growing share of tech firms in city hubs, The Centennial State has a lot to offer. Looking at what cities people are moving to can help predict business growth in these areas – so where exactly in Colorado is everyone headed?

Most popular Colorado cities to move to in 2022

According to a recent Colorado Migration Report by moving tech company, moveBuddha (data sourced from their moving cost calculator), these are the top 10 Colorado cities with the highest moves in vs. out in 2022: 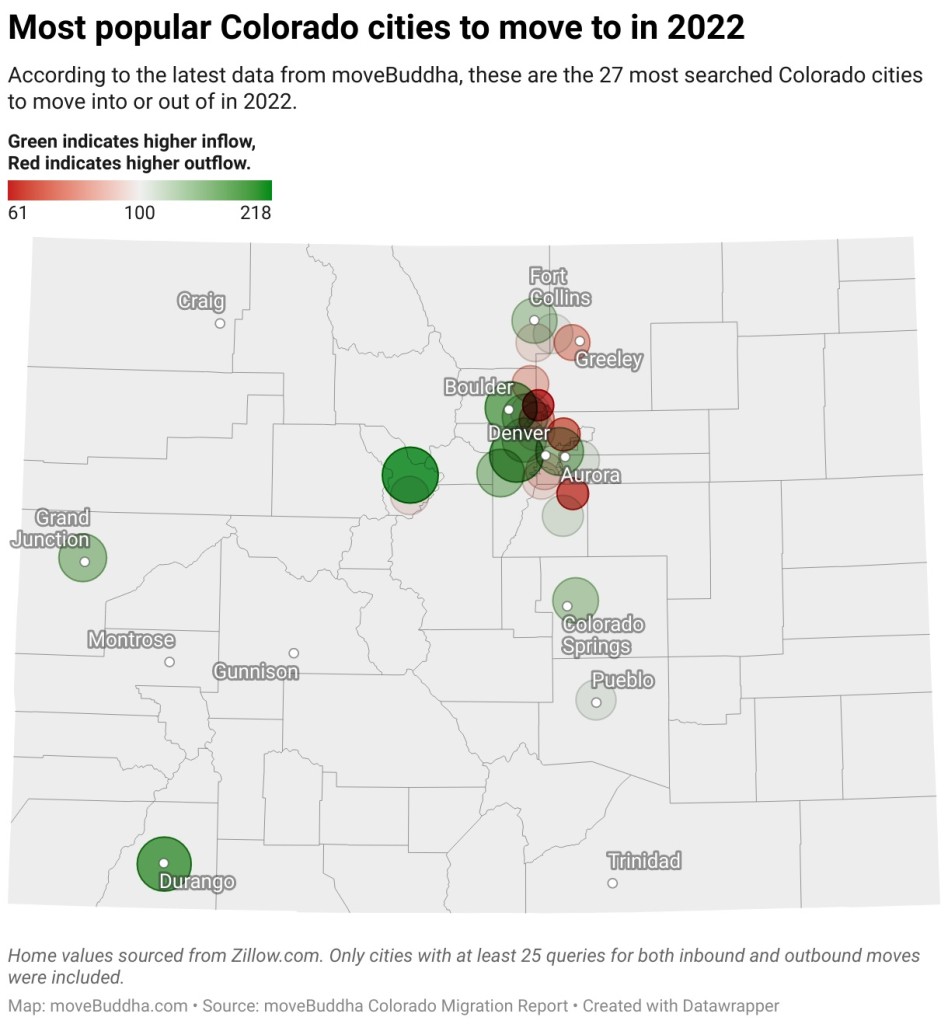 By taking a look at Dillon’s economy, it’s clear why it’s become such a popular move destination this year and probably won’t be slowing down any time soon. In the last year, Dillon’s job market has increased by 2.6% with future job growth predicted to be 48% over the next ten years, which is considerably higher than the national average of 33.5%. Dillon has all the beauty and access to ski resorts like Breckenridge at a bit lower cost and a booming economy.

State capital and #5 most popular move destination, Denver, continues to prove its reputation as a business hub and will most likely remain a popular destination as long as that remains true. Denver ranked #10 (up two spots from last year) in CBRE’s 2022 Scoring Tech Talent report, which analyzed the North American tech market on the availability of tech jobs and the talent pool itself. This is following a 23% growth of its tech talent workforce from 2016-2021.

READ—Colorado Companies to Watch 2022: The Techies

Additionally, Denver has had relatively low housing cost increases in the last couple of years despite the craziness of the market nationwide. Data from Zillow.com shows that the average cost of a single-family home in Denver has only increased 27% from 2020-2022 (that’s nothing compared to Dillon, CO’s 40.35% increase).

Colorado will stay on the rise

Unlike some other states, Colorado has not relied on retirees or politics to bring in residents, and the state’s beauty and job opportunities speak for itself. With cities state-wide showing population increases and booming economies, Colorado will continue to grow for years to come. 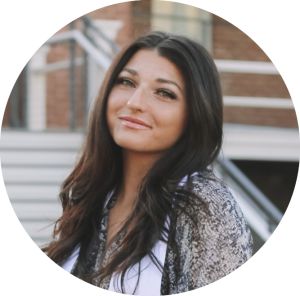 Mercedes is a Digital PR Specialist based out of San Diego, CA, and currently with the agency, Green Flag Digital Media. She has worked in all realms of public relations for four years now. When she’s not helping clients grow through PR, Mercedes loves spending time at the beach or feeding her passion for music by finding more records to bring home or going to concerts.