State of the State

Approaching 600 years in age in Santa Fe, New Mexico, the oldest house in the U.S. is made of adobe.

Outside Antonito, Colorado, and likewise made of adobe, Casa Covida is just a couple of years old. The construction materials may be the same old tech, but the method is cutting-edge: A robotic arm 3D-printed Casa Covida from the soil of the San Luis Valley — just add water.

The structure is the brainchild of Ronald Rael of Rael San Fratello, an architecture firm in Oakland, California, and professor of architecture at the UC Berkeley College of Environmental Design.

Rael grew up in the Antonito area, and Casa Covida is located on his family’s land. “I’m indigenous to the Rio Grande watershed,” he says. “My family has been there for thousands of years, in Colorado and New Mexico. My family has always lived in buildings made of earth, so I’m very familiar with it.”

And adobe runs in the family: “My father was a builder who built adobe homes and renovated adobe houses for locals in the area. I grew up knowing quite a bit of it, its history and context.”

This knowledge of adobe led Rael to write the 2008 book, “Earth Architecture.” “It looks at the modern history of building with earth,” he says. “I proposed that maybe 3D printing was the future for earthen architecture.” 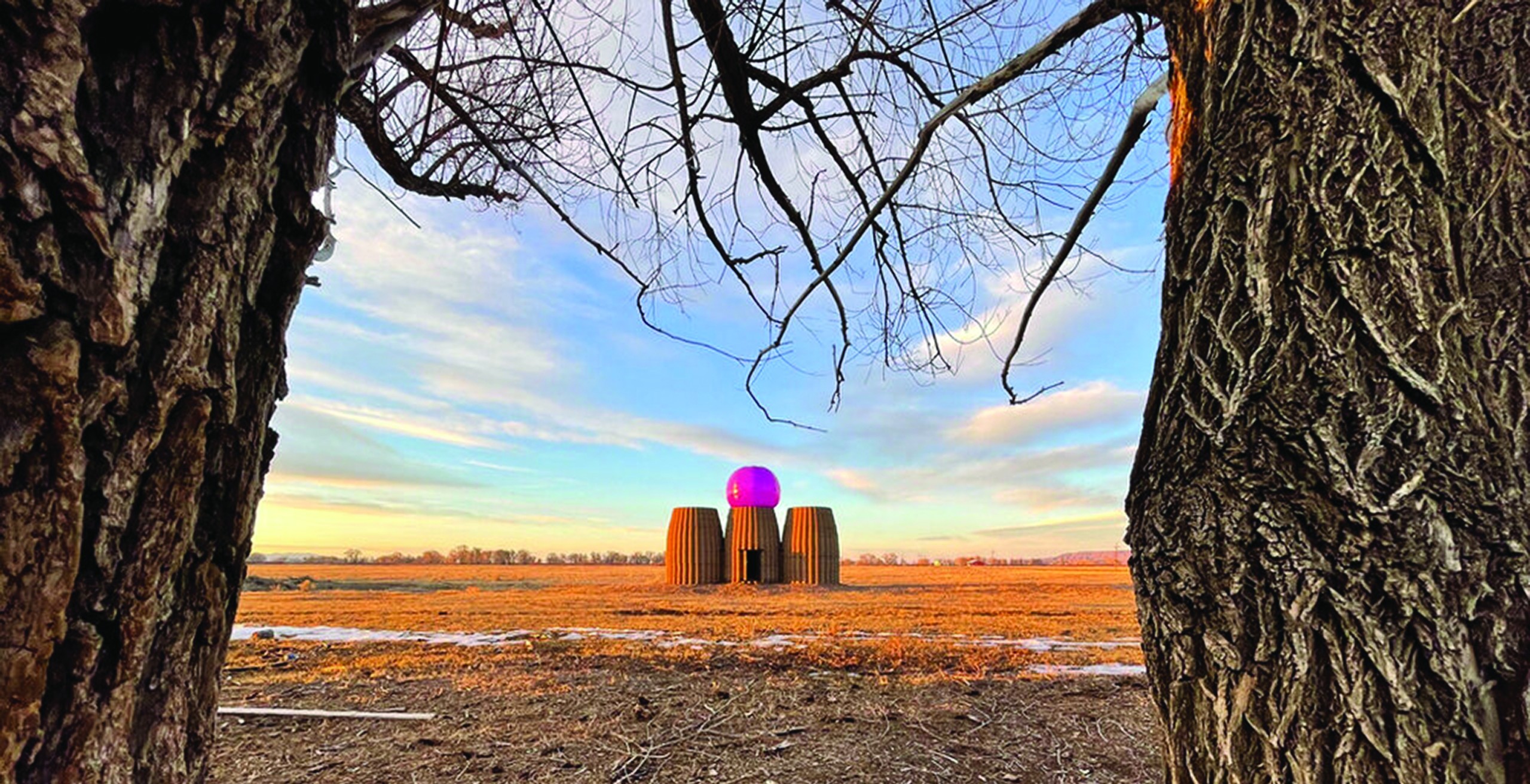 Rael later partnered with Florida-based 3D Potter to create a robot that could print adobe as he envisioned. “They were making small-scale clay printers, but I saw that they had the capacity and the know-how to build larger printers, and I proposed something very different than what they were making at the time,” he explains. “Everything is relatively simple and low-cost. One person can pick up a robot and move it, and the robot can print objects much larger than itself. Mobility is a big part of this for me: Often, you see 3D printers and they’re larger than the building they’re going to make.”

Rael founded a company, Emerging Objects, to develop software to drive the robot, and describes Casa Covida as “a test case for this technology.” 3D Potter’s system printed the structure over the course of eight days with the robot arm climbing a mast to print the house, which is made up of three spaces designed to accommodate two people each, with openings to the sky, horizon, and ground.

“The mud was sourced right there onsite,” Rael says. “It’s sifted down to a particle size that the pump can handle, it has chopped straw in it, and that’s it, really. Because it’s alluvial soil — soil that washes down from the mountains along the river — it has a combination of clays and sands and silt particles and gravel particles that make it ideal for making adobes.”

And adobe is an ideal building material: “In a desert climate like Antonito in the San Luis Valley where it only rains nine inches a year, it can last for a really long time, but in any climate, with a roof and a good foundation, can also last forever.”

In 2021, Rael started a larger project at the Frontier Drive-In in Center, Colorado, about 50 miles due north of Antonito in the San Luis Valley. He plans to finish the structure — with eight chambers open-roofed featuring aquifer-fed soaking pools — in summer 2022.

The Frontier is the first project for Continuud, a new branch of Denver-based developer Continuum Partners, and is slated to open in summer 2022. “It’s an old 1950s drive-in movie theater that we are looking to revitalize and program in some new and interesting ways for that part of the world,” says Luke Falcone, project manager, noting the project includes lodging as well as a renovated snack bar, movie screen and sound system.

Rael’s work will fit right in at the development, adds Adam Gildar, program director at the Frontier. “It was just such a no-brainer for us to reach out to him,” Gildar says. “I think of him very much as an artist.”

Gildar likens Rael’s eight-chambered spa to a stepping stone to bigger projects. “In some ways, our project ends up being this interesting space between art and architecture,” Gildar says. “In that way, we also get to be an incubator between the aesthetic and the functional.” 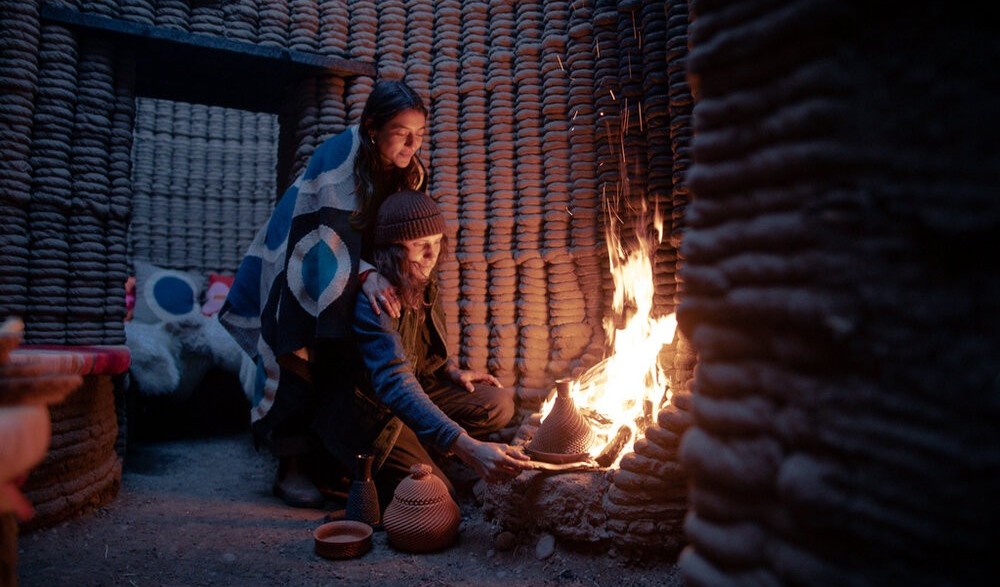 Rael has additional projects in the pipeline in Colorado and New Mexico and continues with R&D at the family land outside Antonito, refining staircases and domes and other concepts as part of his Mud Frontiers project that encompasses Casa Covida.

“I’m a full-time professor, but I’m beginning to speculate if this isn’t a real viable way to build buildings,” he says. “I think that it is a viable solution to the global housing crisis. In the United States, there might be a lack of understanding of the role earth had in the making of buildings over the last 10,000 years. There are places where that’s more familiar, like in the Southwest, but in every part of the country, buildings are made out of earth. The oldest house in Boston, which is Paul Revere’s house, is an adobe house.”

3D printing with dirt “reduces the cost of construction of the walls dramatically,” he adds with an intentional pun. “It’s dirt cheap. It costs nothing. Once I scale, it becomes even less expensive, and I have very good plans to scale in the coming year.”

Earthen construction is nothing new, Rael notes, but it fell out of favor “because you can’t make a lot of money building with earth.” He shares the story of François Cointeraux, the French architect who wanted to take earthen construction methods north from southern France in the late 1700s and early 1800s: “The brickmasons and the carpenters basically ran him out of town and burned all his drawings and destroyed his models.”