Getting away from it all has gotten increasingly difficult in Colorado’s high country.

Heading west, I-70 is prone to traffic snarls, Vail and Breckenridge are the busiest ski resorts in the U.S., and lodging and lift ticket prices are sky-high.

Then there are the great outdoors. Campgrounds in the mountains are at capacity and some primitive areas have been overrun to the point of closure. Trailhead parking fills up in the early hours.

Go east, and the number of tourists per acre plummets drastically. An estimated 200,000 people visit Pawnee National Grassland and Comanche National Grassland in Colorado in a given year, which total more than 600,000 acres between them. Meanwhile, the 266,000-acre Rocky Mountain National Park had 4.4 million visitors in 2021.

Run the numbers, and there are probably about 50 times more tourists per acre in Rocky Mountain National Park than there are in Comanche National Grassland.

And that’s the crux of the plains tourism pitch: Want peace, quiet, and nobody else around? We’ve got it. 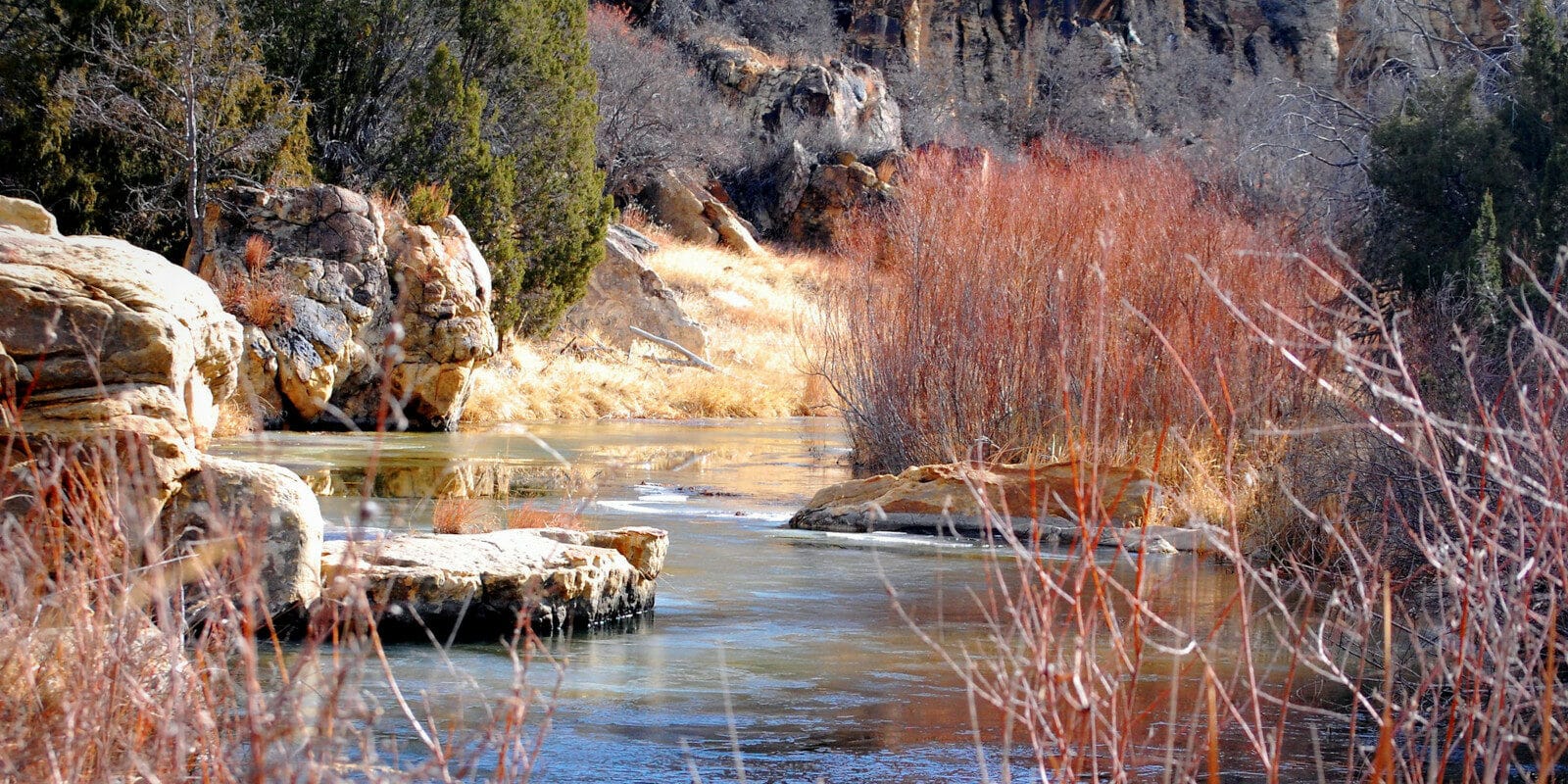 Marilee Johnson, director of the Sterling Tourist Information Center for Logan County in northeastern Colorado, came up with a new tagline on a road trip about four years ago: Free Range Tourism.

“Our tourism is the opposite of a tourist trap, so to speak,” she says. “You don’t stand in line and there are no traffic jams.

The traffic on the ExploreSterling.com website jumped by 300% in 2020 as lodging tax revenue declined by 6%, a victory in Johnson’s view. “We did fare better than the statewide figures and the national figures,” she says. “When the pandemic hit, that almost worked to our advantage, tourism-wise, because we targeted the Front Range.”

In 2021, lodging tax receipts jumped by 22%. “People were looking to get outdoors and out in open spaces, so we pushed that in 2020 and continued that last year. Now we are expanding that” says Johnson.

“We have, of course, a little bit different view on attracting tourists than other places,” she adds. “In Estes Park, they’re trying to figure out ways to manage all those tourists. Here we are, like, ‘Come! Come here!’”

The strategy: doubling down on digital advertising by expanding to adjacent states and developing content for the TravelStorys app. 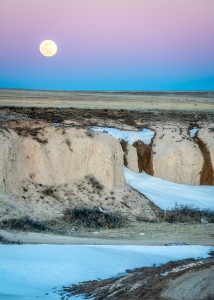 Wallner says tourism in the area is “recovering and in some cases bouncing back really good,” citing increases in lodging tax revenues in 2022 after down years in 2020 and 2021. “We’re starting to see more people discover this part of Colorado. The Colorado Tourism Office has been really good working with us and pushing this area of Colorado. We’re still looking for visitors, whereas some areas of Colorado are overrun with visitors and just can’t support the visitation they have now.

Down here, you can go out and have the place to yourself—and really get away from it all,” he adds. “We have places like Picketwire Canyonlands, Picture Canyon and Carrizo Canyon that are really beautiful. People always think of the plains as flat, nothing, but we have some really pretty canyon country down here.”

But some other strategies are undeniably forward-looking: The organization recently commissioned artists to create works depicting local history and landmarks. Canyons & Plains is now promoting the region with non-fungible tokens (NFTs) of the artworks.

“Obviously, the ultimate goal is economic development, economic diversity,” Wallner says. “The southeast part of Colorado isn’t exactly booming economically, and this is a way to improve the economies, to bring in tourism dollars to southeast Colorado, and that’s certainly the pitch we make when we go out to county commissioners or lodging tax boards for support.” 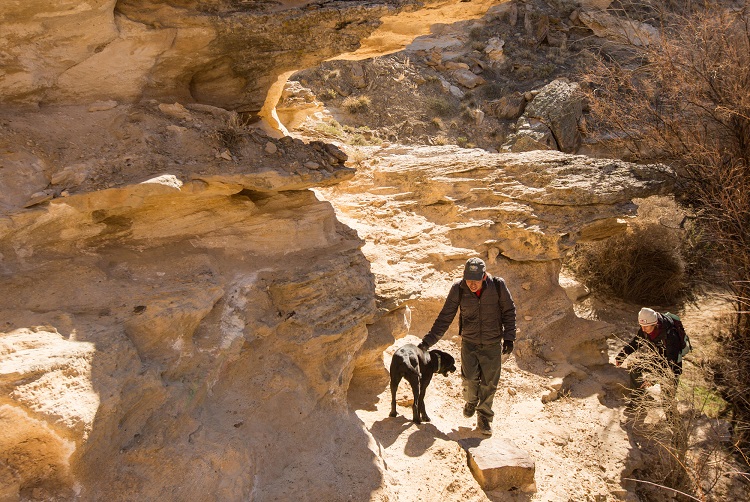 VistaWorks, a Buena Vista-based destination management and marketing firm, is the agency of record for the Prowers County Lodging Tax Board. The staff spent several days on an immersion trip after finalizing the contract in 2019.

“What we found about this region is: It’s so peaceful,” says Lindsay Diamond, chief storyteller at VistaWorks. “There are sunflower fields and tall green grasses, and there’s just a peace down there with different energy than a mountain town. It’s slow, you can take a breath, and the sunsets over the prairie are just phenomenal.”

Beyond Prowers County, VistaWorks has also promoted La Junta and other destinations on Colorado’s Eastern Plains. “All of our clients have seen year-to-year growth, so we feel like we’ve been successful,” Diamond says.

“There is a lot of potential,” she adds. “They’re growing, they know there are more initiatives now to promote tourism and to also share the benefits of tourism with their community. All of that’s happening, and it’s really exciting. The plains are pretty special and shouldn’t be overlooked when compared to the mountains.”

That said, the pile of money that’s cumulatively gone into branding Colorado as a mountain destination might rival the peaks themselves. It’s not just state and local campaigns, it’s countless beer and SUV ads, scores of Hollywood productions, and general public perception at this point.

“Colorado has a bad habit of only promoting the mountains. Well, that’s a third of the state,” notes Richard Taylor, co-owner of Sundance-High Plains RV Park and Cabins in Lamar. “We’ve got the high desert on one side, the high plains on the other side, but Colorado pretty much promotes the mountains. I understand, it’s been their moneymaker for years, but we need to diversify a bit.”

Taylor and co-owner Derek Mudd have invested about $200,000 in the park since buying it in 2017. Revenue has increased by an average of 20% every year, with visitors from the Front Range helping drive the uptick.

“Everybody that’s tired of fighting the I-70 traffic getting to the mountains, they’re starting to think about this,” Taylor says. “They want to get away for the weekend, but they don’t want to go to Breckenridge and spend $300 a night.” 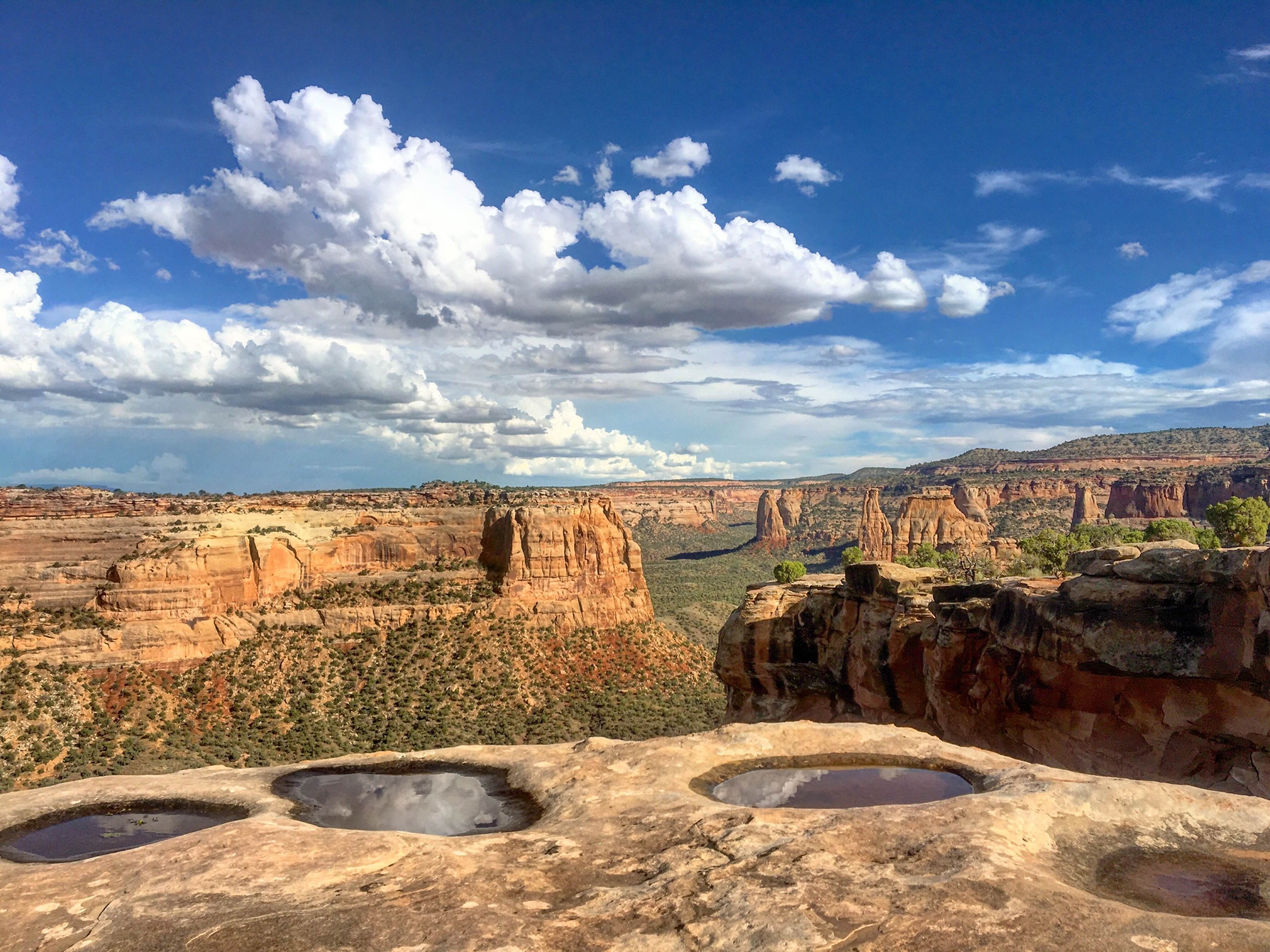 Patricia Calhoun, founder and editor of Westword in Denver, is part of a group that bought the World’s Wonder View Tower in Genoa, 101 miles east of Denver, in 2016. The 65-foot tower sits at the highest point between New York and Denver and is now owned by a nonprofit, Friends of the Genoa Tower.

The roadside attraction where tourists could stop and see six states has been shuttered since previous owner Jerry Chubbuck died in 2013. Calhoun says the restoration project has been bogged down with water and sewer issues, but she’s hopeful the tower will reopen as a community center by 2026, the tower’s 100th anniversary.

“The vision is certainly to restore it to its traditional role as a way station for travelers and a gathering place for the community,” she says. “It has always had those two roles, but those will be updated for the 21st century so travelers will be able to charge their electric cars if they want.”

Chubbuck’s collection of bizarre relics was auctioned off, so it won’t be a museum. “No more two-headed cows, although we are certainly still trying to procure a two-headed calf, just because everybody remembers that to the nth degree,” Calhoun says.

Calhoun is also quick to point out new energy in communities like Hugo and Byers, and the amalgam of old and new is producing some interesting results.

She says the region needs “critical mass of places for people to go, and — let’s face it—attention. Getting the kind of attention so people know there’s an option. You do not have to drive west on I-70 and get stuck in that horrific traffic every weekend. You could head east almost without any traffic and go to some really stunning places.”