Live from Colorado: The Future of Sports Betting

A migration to ‘in-game’ betting is making Colorado a category bellwether.

On a sunny Saturday afternoon last October, Denverite Richard Terry did something audacious: bet that the Oklahoma Sooners would win a football game.

It was midway through the annual “Red River Showdown” against the University of Texas. The Sooners were getting drubbed 28-7. Terry, a 37-year-old corporate relocation specialist, was about to leave a friend’s home in Aurora when his buddy tossed out a wild idea: Bet on Oklahoma to win it straight up.

The suggestion seemed implausible, but Terry listened to his friend’s case: Oklahoma had a history of coming from behind, and the Sooners still had home-field advantage. With a few breaks, Oklahoma conceivably could rise up. Intrigued, Terry fired up the DraftKings app on his smartphone and checked the odds: eight-to-one for Oklahoma to storm back. Why not, he figured. He put $5 down and headed out.

Sure enough, Oklahoma began making a run. Alerted by a text message, Terry hurried home to watch backup quarterback Caleb Williams orchestrate one of the great comebacks in Oklahoma football history. With three seconds on the clock, Sooner halfback Kennedy Brooks romped into the end zone from 33 yards out. Terry’s $5 bet instantly turned into $40. 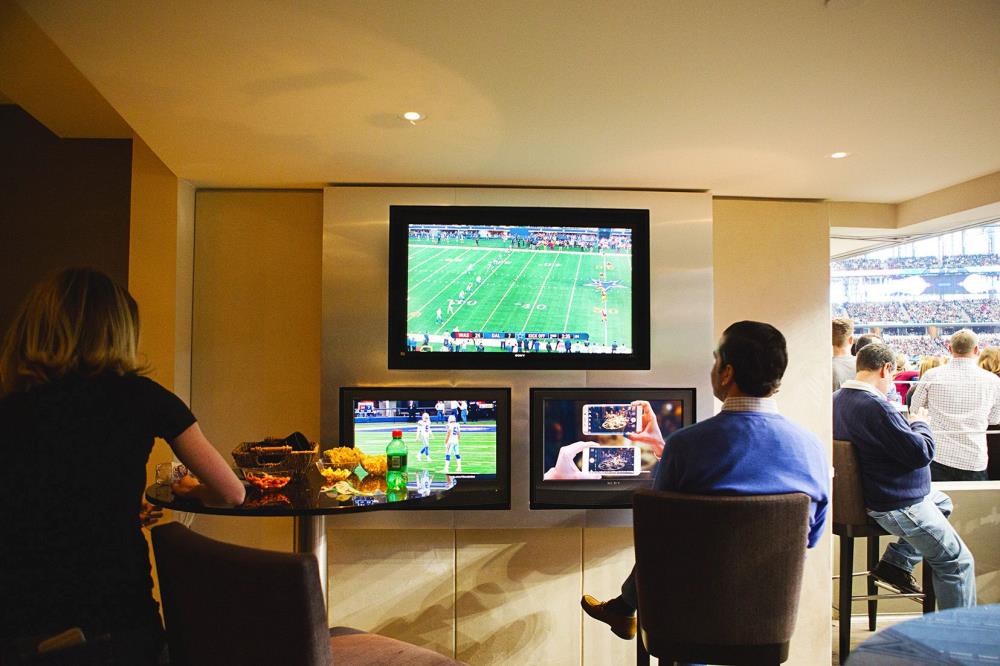 In a state where hundreds of thousands of players bet billions of dollars annually on sports, it was a tiny wager. But encapsulated in that moment were the ingredients of what some people believe will be a revolution not only in how fans bet on sports, but watch them, too.

It’s called “in-game betting,” and it’s just what the name suggests: wagers made live and in the moment during real-time play. It could be whether Rockies’ hitter C.J. Cron will get on base in his next at- bat. It could be whether Real Madrid can sustain a shutout over the final 10 minutes. Or as Richard Terry experienced, it could be whether the Oklahoma Sooners can make a late charge to win a game.

In-game wagers differ from old-school sports bets, like whether the Broncos can beat the spread against the Chiefs. These sorts of “moneyline” bets have long been the bread-and-butter for the sports-gambling business. But they’re somewhat passive. Once a bet is made, bettors can just as easily go shopping for groceries and check the final score later.

Now, with smartphones and wireless data networks, betting on sports is a whole new ballgame, with live, in-game betting a rising factor.

Kyle Christensen is the chief marketing officer for PointsBet, an Australia-based sports-gambling company with its U.S. headquarters in Denver. He makes a convincing argument for in-game betting as a sort of souped-up successor to fantasy sports: It’s a way to enrich the betting experience, keep fans interested in games (even blowouts), appeal to an increasingly discriminating sports-betting market, and create a positive impact on the broader sports-entertainment experience.

Momentum seems to favor his argument. Live betting now accounts for roughly half of all PointsBet wagers, up from less than a third as of late 2021. As interest grows, PointsBet and others are working feverishly to keep up with the demand by conceiving of a never-ending torrent of live betting propositions. During the 2022 “March Madness” NCAA men’s basketball tournament, for example, PointsBet offered nearly 60 live-game bets, letting players gamble on everything from which team would prevail in a four-minute interval to “lightning bets” on which team would score the next point.

Christensen grew up in Loveland, cultivating a passion for the Rockies and Broncos before heading west to work for media giants Facebook, Fox Sports and Netflix. He’s now back in Colorado, working at PointsBet’s headquarters office on 17th Street in Denver.

PointsBet employs close to 200 Colorado software developers, graphic designers, customer agents and other professionals who work at king-sized monitors behind an expansive succession of floor-to-ceiling windowed rooms, including a “dugout” space that overlooks Coors Field. To be sure, this is not the backroom gambling operation of a bygone era: the aesthetic divide between PointsBet’s sleek, high-tech downtown office and the streetwise bookmaker of old could not be starker. 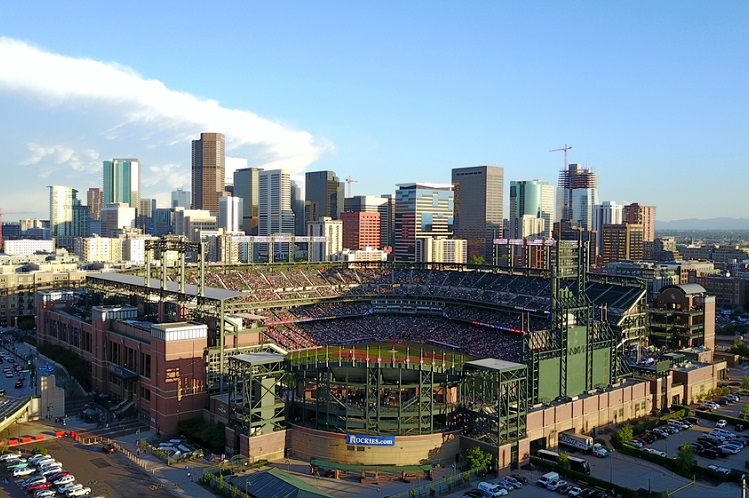 Many of these employees are focused on making live betting a locus of distinction for PointsBet. The company has invested in technology designed to assure fast response and continuous “uptime” application availability – both keys for making live betting work. Christensen is convinced the winners in a crowded Colorado sportsbook sector won’t be the gambling giants that are spending heaps of money on advertising, but instead will be those that can out-perform the competition when it comes to the basics of the betting experience. These elements range from how quickly cash gets transferred to accounts, to how well back-end customer service agents handle customer inquiries. One big goal for PointsBet’s tech developers is reducing latency – the micro-second interval that occurs after someone presses a keypad button and when an instruction is completed. With live, in-game betting, low latency becomes a critical point of distinction, which is one reason PointsBet has insisted on building and managing its software in-house, rather than contracting with an outside provider.

Live betting also has implications for how people fundamentally engage with sports. As Richard Terry points out, having a betting interest can captivate even casual fans. When Terry and his pal put money down on the Oklahoma Sooners last fall, it wasn’t because of Sooner loyalty. “We’re not really even [University of Oklahoma] fans,” Terry said. But when crunch time came in the second half, he was riveted to the screen. Having a few dollars on the Sooners that day “kept me invested,” he said.

For Christensen and others, this is the point. They see in-game betting contributing to sustained fan interest in games that might otherwise lose their luster: Think eighth inning with the Dodgers up 10-1 at Coors Field and two outs already recorded. It’s a near-certainty that the fan who plops down $3 on whether Charlie Blackmon will reach first base has a keener rooting interest than the ticketholder who’s heading for the exits. The same holds true for those watching on television: PointsBet’s alliance with NBC-owned regional sports networks is designed to use betting possibilities as a foundation for new ways to present and engage fans on the electronic screen.

To be sure, Colorado isn’t the only state where in-game betting is becoming a thing. But because Colorado was early to the legalized sports-betting game (beginning in May 2020) and because of its prominence nationally – the state ranks sixth in the U.S. for total sports-betting wagers, per publisher Legal Sports Report – it offers a preview of what may be ahead. The sportsbook MaximBet launched its sports betting operations in Colorado before any other state partly because the sports betting population here is more experienced than in other states, according to Doug Terfehr, vice president of brand marketing. After racking up $18 million in total sports wagers during its first six months, MaximBet, like PointsBet, has seen a major swing toward in-game action. 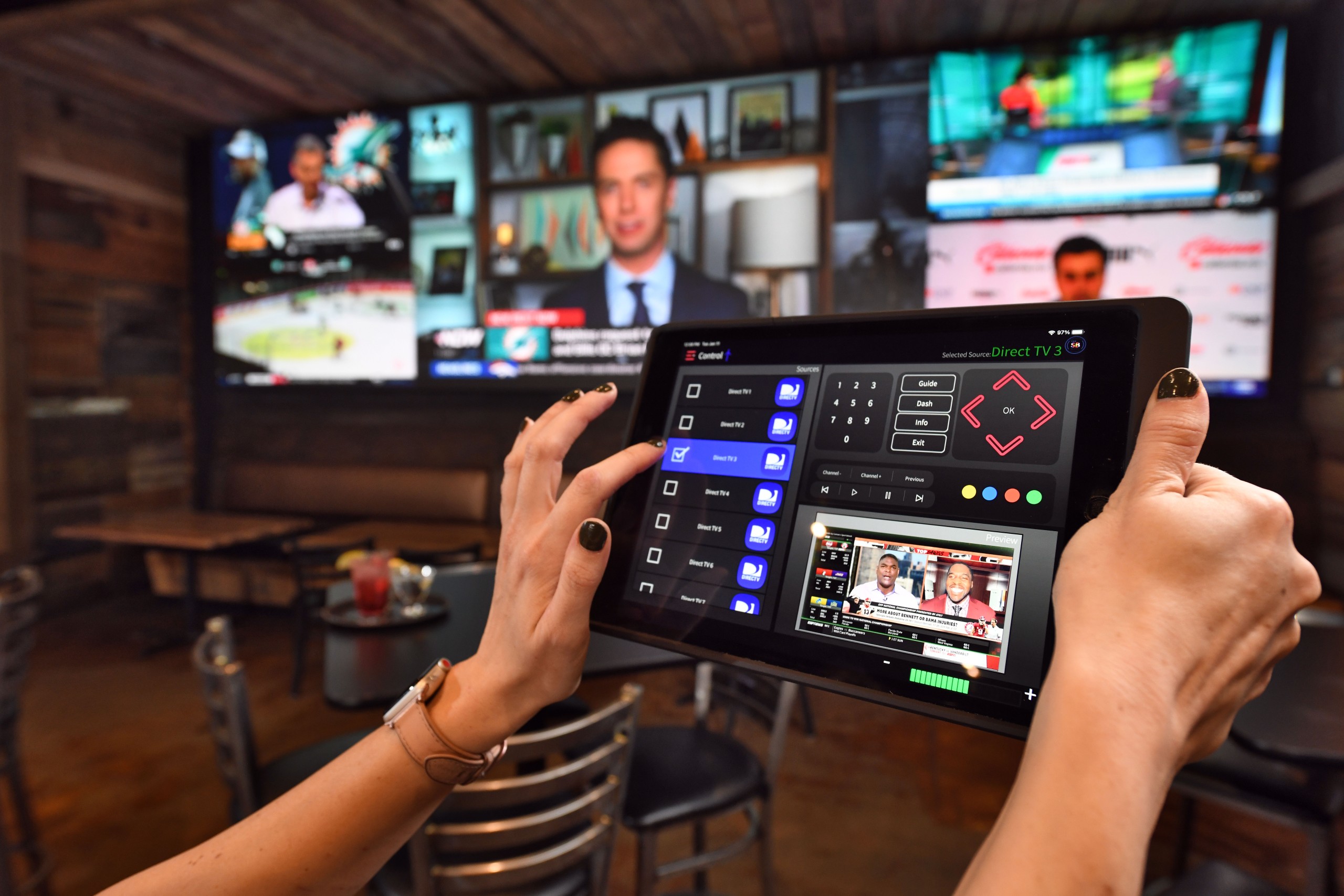 Dan Hartman, director of Colorado’s Division of Gaming, thinks one reason Colorado stands out as an archetype for the sports-betting future is because of a symbiotic marriage of interests between bookmakers and the agency that regulates them. The common interest here is money — the more action sportsbooks take in, and the better they are at managing net proceeds, the more money Colorado collects. The formula used in Colorado is that sportsbook operators pay back 10% of net gambling proceeds to the state, expressly to support big-ticket water projects. In the first 12 months after legalized betting began, Colorado had booked some $2.3 billion in wagers, with sportsbooks, after doling out cash to winners, keeping net proceeds of just under $61 million.

Because more bets mean more tax revenue, Hartman says Colorado is determined to work in partnership with sportsbook operators to assure compliance on one hand and to sustain innovation on the other.

Still, guardrails rear up. Earlier this year Hartman’s agency turned down a proposed bet submitted by one Colorado sportsbook operator: a wager on what color of Gatorade would be splashed down the neck of the winning coach after the 2022 Super Bowl. The reason? That particular event hinges on a randomized outcome that’s not tied to game performance – a no-no in the state’s rulebook. “It’s not that I don’t like Gatorade,” deadpans Hartman, an Aurora Central High School graduate who used to sweep sidewalks at the Mile Hi Kennel Club, one of three racing facilities his father owned.

PointsBet’s Christensen and others think Colorado’s sports gambling arena looks very different today from what it’s likely to become over the next few years. As of May, 25 sportsbook operators were licensed to take bets on sports in Colorado, with four more in line for later this year. This collective runs a wide gamut: from homegrown operations to big national players like DraftKings, FanDuel and BetMGM. Bets can be made in person, at several Colorado casino sportsbooks, but more than 95% happen over smartphones or other devices. Hartman has counted 850,000 sportsbook app downloads so far in Colorado, indicating a wide swath of players in a state with an adult population of roughly 3 million. Like Terry, who commonly makes bets of less than $10, most players risk fairly small amounts: The publicly held DraftKings reported average monthly spending per sports-betting customer was $77 last year.

Within this environment, there’s general consensus that a shakeout is inevitable, which is one reason the national giants are spending mightily to capture market share. The advertising industry research firm Kantar estimates that sports betting operators plowed more than $660 million into U.S. advertising in 2021. That flow of money has created a cash-injection for Denver-area television and radio stations, along with media and sports personalities who have been enlisted to help spread the word. In May, the Rockies’ Blackmon became the first Major League Baseball player to endorse a sportsbook, lending his name and influence to MaximBet. 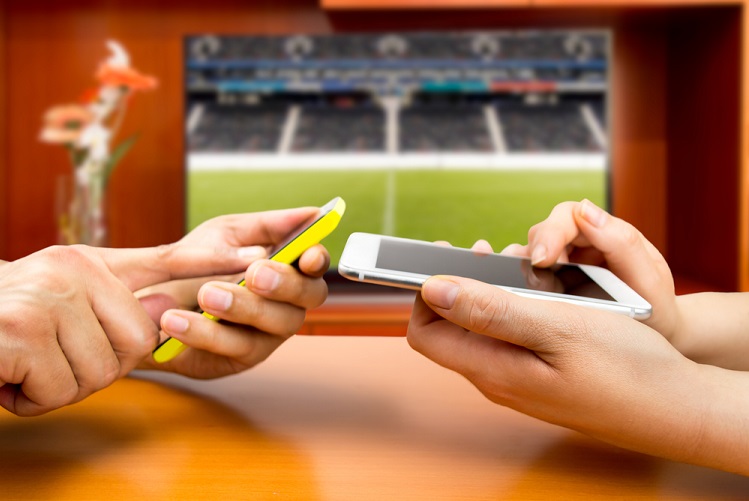 Besides advertising, some sportsbooks are trying to out-do one another with come-ons that promise easy payouts for first-time bettors. But attempting to out-spend the competition is a game Christensen and PointsBet, along with others, are determined not to play. Instead, they’re looking to make a mark elsewhere, figuring that over time, as the betting market matures, a better customer experience is what will differentiate the leaders.

The biggest unknown of all is whether in-game betting, an arena where Colorado sportsbooks are taking a lead role, will have the halo effect Christensen and others are relying on. If it does, it could have a powerful ripple effect across the entire sports-entertainment ecosystem, benefiting teams, leagues, owners, television networks and just about any business – even local sports pubs – that stands to profit from stronger fan interest.

In the background, technology marches on. Early on in the development of legal sports betting in Colorado, Hartman and a few colleagues evaluated the “geo-fencing” chops of the state’s online sportsbooks by driving north on I-25 and traversing back-and-forth across the Colorado-Wyoming border. True to promise, bets they attempted to place over a smartphone within state lines went through like a snap. Those they tried north of the border were intercepted and rejected. The lesson: Whether your bets are live game wagers or classic moneyline bets, in order get in on the sports-betting revolution in Colorado you actually have to be in … Colorado. 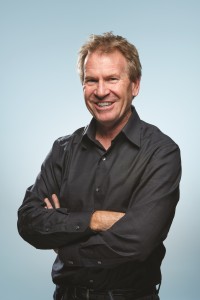