The best ever quote for living your life

Can you guess who said it? 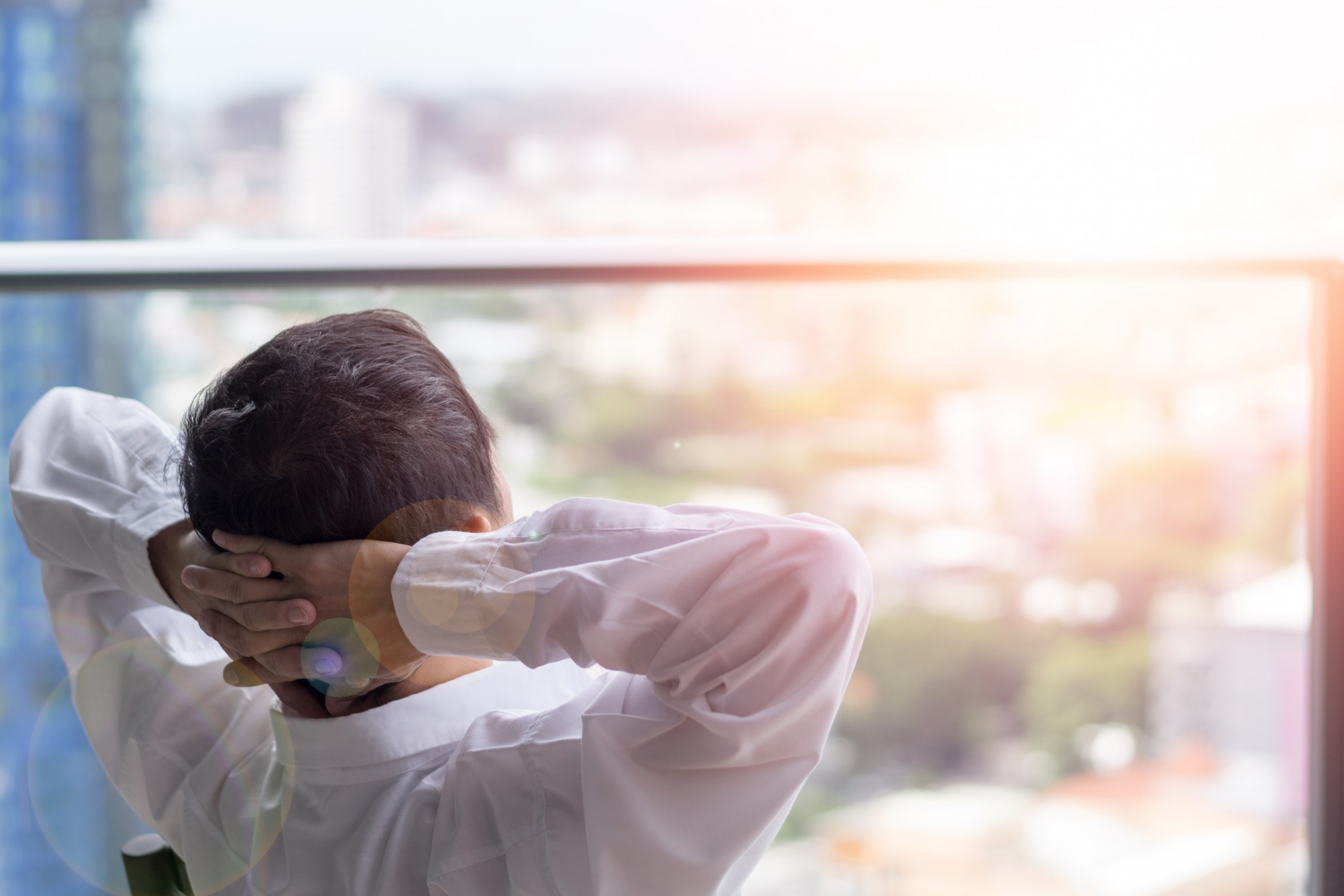 My first grade teacher told me I was destined to be a ‘man of action.’ All I really wanted was to be a playground leader and wear that dark-red, plastic sash that bestowed power in the arena of sand lots and monkey bars.

This kind lady told me, “No,” I could not be a recess monitor just yet as she quickly pivoted to the freshly healed scar angled between my eyes. Leaning down to my ear she whispered, “Ricky you’ll be a recess monitor soon, but that scar on your forehead will forever show that you are a ‘man of action.’” With no idea what she meant, I felt a puzzling sense of pride at tripping onto that sharp, discarded coffee can in my grandparents’ garage.

Much of life seems to be second-guessing decisions—job, career, partner, residence, affiliation. We scramble to heap trust on actors and political figures when their loves and sins match ours. We screech to a standstill before a test of trust in ourselves. After a lifetime of quotes and affirmations, I gleefully stumbled across a few words bulging with the guidance and wisdom I craved.

I embarrass myself with jokes—abbreviating the set up then stretching the punch line. An easy one like, “We wouldn’t be in this jam if you weren’t so sweet” is a tad out of date. Studying in France, I vaguely recall a blague about a professor tantalizing a group of excited young students with the prospect of dissecting a frog; le crapeau. He slowly opens the wrinkled, brown bag preparing to extract the dead amphibian. Instead, he pulls out some bread; a bite of cheese; a slice of apple and wonders aloud, “Hmm, well what was that I ate for breakfast?” I’ll stick with memorable sayings.

Did the Irishman write it?

Between his birth in Dublin and death in Paris, the Irish poet and playwright Oscar Fingal O’Flahertie Wills Wilde advised, “Be yourself; everyone else is already taken.” So said the author of The Picture of Dorian Gray in which an attractive aristocrat sells his soul to remain young and beautiful while his full-length portrait vengefully ages and records is sins.

How about that French guy Pascal?

It might have been over a croissant and strong coffee that French mathematician and philosopher Blaise Pascal wrote, Le cœur a ses raisons que la raison ne connaît point, (the heart has its reasons that reason doesn’t understand). Even the French struggle with his Pascalian wager, but everyone can relate to, “In difficult times carry something beautiful in your heart ” or “Do you wish people to think well of you? Don’t speak well of yourself.”

A line from classical mythology informed much of my dating life when Circe intoned, “You are worthy to be pursued rather than to pursue in vain.” Another line in the James Bond movie “For Your Eyes Only” has emboldened many; “… Mr. Bond, you have what the Greeks call ‘Thrasos’; guts.”

Mostly calm with a sprinkle of anxiety, I would summon Emerson’s words as audiences listened as the host read through my speaker introduction as I took the conference podium—“A large part of courage is having done the thing before.” This may have been my early choice for the best quote of all time. Years crept along and what I thought I knew kept changing.

Like many, I hop-scotched through my affirmation period with revolving lists of goals, attributes, post-its and desires I invited into my world: the type of lover I’d meet; the power of kindness; the beauty of patience; tips to attract money; secrets of the wise; proof that I was not alone; evidence that I was not wrong; confirmation that my ideas were sound. Over time, Wilde, Circe, Emerson and frog jokes fell short of filling my chest with soaring motivation and clear direction. I had great affirmations, but the best quote ever had not yet entered my lexicon.

The granddaddy of them all had the power to change my attitude in a second and my behavior in a minute. I wondered how someone could be so smart and wise to pen something of such impact it would move me 185 years after his death. His words were equal parts challenge and life vest.

My guy knew Napoleon and Humboldt

In 1808 the author of the best advice of all time met Emperor Napoleon Bonaparte in Erfurt, Germany. He also consulted with geographer, explorer and Kosmos author Alexander von Humboldt—the man who discovered that humans can change earth’s climate. To these historical shooting stars he was the celebrity—they came to see him.

My stunner came not from a best-selling motivational speaker or a streaming documentary. The words that sucked the oxygen from my lungs were tucked into an article in my daily reading pile. The best quote of all time was from Johann Wolfgang von Goethe.

That scar has long since turned into a wrinkle—the gentle teacher is surely retired, probably gone. And finally, I found clarity in her ‘man of action’ prediction. A wise and revered author had already written, “As soon as you learn to trust yourself, you will know how to live.” A childhood teacher told me what I might become—Goethe told me how to get there.

Rick Griggs is a former Intel Corporation training manager. He speaks on “rolestorming,” the Samsara of Life and Balanced Mastery. And yes, he coaches public speaking. Get in touch with Rick at rick.griggs83@gmail.com or 970.690.7327.